With its gothic spires and subtly reflective glass facade, PPG Place has been a signature monument on the Pittsburgh skyline since it was erected in 1984. It was also the first of several landmark structures in the city to feature SOLARBAN® glass by PPG Industries (NYSE:PPG), a trailblazing line of energy-efficient architectural glass products that is being commemorated with a year-long 50th anniversary celebration in 2014. Today, Solarban solar control, low-emissivity (low-e) glasses are featured on several Pittsburgh buildings that have earned global recognition for their energy efficiency…

HDR has promoted Janet Gonzalez to transportation sustainability director. Based in the company’s Chicago office, Gonzalez will work to grow HDR’s sustainability practice across the spectrum of transportation service offerings. Prior to her promotion, Gonzalez was a senior transit planner and will continue in this role. She is currently project manager for the North-South Corridor project as part of the District of Columbia Streetcar program. She also served as architecture and urban design lead for the Tucson Streetcar project. 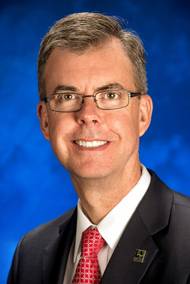 Gary Lee Moore, who has served as Los Angeles City Engineer and General Manager of the city’s Bureau of Engineering for the past decade, has started his duties as interim executive director of the Port of Los Angeles. “Gary is a trusted public servant, with a 28-year track record with the City,” said Los Angeles Mayor Eric Garcetti, who appointed Moore to the position last month. “The port is a critical economic engine for the city and region,” said Moore. Moore replaces Geraldine Knatz…

Los Angeles Board of Harbor Commissioners approve $127-million construction contracts for two major projects. Both projects are part of a $365 million expansion of the marine container terminal operated by longtime tenant TraPac, Inc. due to be completed in 2016. With work due to begin in January, the projects are key elements of the Port of Los Angeles’ overall capital improvement program. The Port is investing more than $1.2 billion over five years to remain competitive in the global economy.

Two undergraduate students, Andrew Lachtman and Lidia Mouravieff, at the Webb Institute in Glen Cove, N.Y. were awarded Thomas B. Crowley Sr. Memorial scholarships for their community service and academic achievements. Retired U.S. Coast Guard Rear Adm. Robert C. Olsen, Jr., president of Webb Institute, presented Mouravieff and Lachtman with Crowley scholarships for the 2010-2011 academic year. The Crowley scholarship, which was established at Webb in 2008, is awarded to students who demonstrate leadership in academics and the community and have an interest in the maritime industry.