North Carolina Ports took delivery of a CM Labs Simulations, developer of Vortex training solutions, port equipment simulator in May. The simulator will run training packs for Reach Stacker and Ship-to-Shore Cranes.North Carolina Ports, with facilities in Morehead City and Wilmington, has one of the highest crane productivity rates on the United States East Coast, with more than 40 moves per hour. In 2018, North Carolina Ports installed two neo-Panamax cranes for increased efficiency…

Today, the Panama Canal completed a trial transit of Evergreen’s Triton, the largest vessel in dimension and container cargo capacity to pass through the Expanded Canal since it opened in June 2016.The Neopanamax containership Triton, which has a Total TEU Allowance (TTA) of 15,313, a 20-row beam of 51.2 meters and a length of 369 meters, transited northbound from the Pacific to the Atlantic Ocean.Similar to the milestone Q-Flex transit completed on May 12, today’s achievement was made possible by an increase to the maximum allowable beam for vessels transiting the Neopanamax Locks.

The Panama Canal completed a trial transit of Evergreen’s Triton, the largest vessel in dimension and container cargo capacity to pass through the Expanded Canal since it opened in June 2016.The Neopanamax containership Triton, which has a Total TEU Allowance (TTA) of 15,313, a 20-row beam of 51.2 meters and a length of 369 meters, transited northbound from the Pacific to the Atlantic Ocean.“We are excited about the opportunities enabled by the Triton’s trial transit,” said Panama Canal Administrator Jorge L.

One Minato Shines Through Port of Yantian

Ocean Network Express East Asia (ONE EA) has celebrated the maiden voyage of the second of a series of seven 14,000 TEU-class magenta containership of the company, ONE MINATO at Yantian International Container Terminals Limited (YICT).Sailed under the flag of Japan,  One Minato is a newly built 14,000 TEU-class containership which was delivered from Imabari Shipbuilding Co., Ltd. in Hiroshima, Japan on 24 July 2018.At 365.94 metres length and 51.2 metres width, the vessel deployed on THE Alliance’s Asia to North America East Coast trade (EC4 service)…

Mitsui O.S.K. Lines, Ltd. today announced that the MOL Benefactor, a 10,000-TEU containership has successfully passed through the expanded Panama Canal on July 1, 2016. This is significant in that the MOL Benefactor is the first Neo-Panamax containership to perform a commercial transit through the Canal’s new expanded locks. MOL Benefactor, newly built and delivered to MOL in March of 2016 is also the first Neo-Panamax vessel deployed on the G6 Alliance’s new NYX service. The NYX provides a direct link between Qingdao…

United Arab Shipping Company (UASC), a leading container shipping line and emerging global carrier, has ordered another 3,500 reefer containers, after ordering 2,000 units from Japan’s Daikin Industries in January, says a report in JOC. The order marks the second milestone in the expansion of UASC’s reefer services and reiterates the company’s ongoing investment in the most cutting-edge, energy-efficient solutions for the carriage of frozen and chilled cargoes. According to a press statement… 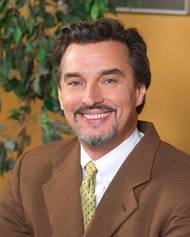 The CMA CGM Group announced the signature of three major agreements on the biggest worldwide maritime trades with China Shipping Container Lines (CSCL) and United Arab Shipping Company (UASC). Under the name of Ocean Three, the agreements; which include a combination of vessel sharings, slot exchanges and slot charters; concern the following maritime trades:  Asia-Europe, Asia-Mediterranean, Transpacific and Asia-United States East Coast. On the Asia-US East Coast trade: one service via the Suez Canal and one service dedicated to the Gulf of Mexico. 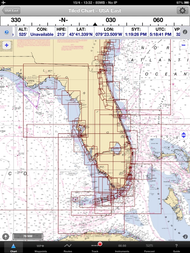 Online chart service Fugawi X-Traverse, has announced  new pricing for NV Digital Charts. Designed for use with the iNavX iOS app, NV charts of the United States East Coast and the Caribbean are now available for download for as little as $9.95. Fugawi X-Traverse delivers value to iNavX users by offering a fantastic navigational package with NV Charts. iNavX has sets of boating features including trip planning, navigation and NMEA compatibility, and provides access to online chart catalog through Fugawi X-Traverse.

CMA CGM improves the US East Coast port coverage of its CAGEMA service. The CMA CGM Group is pleased to announce the reshuffling of its CAGEMA Main Liner service, linking the United States East Coast and the Caribbean, effective 9th September 2011. *The addition of two direct calls to New York and Jacksonville, enhancing port coverage of the US East Coast. Goods to and from Castries will be carried on the CAGEMA Inter Island feeder service, via Vieux Fort. El Guamache’s port will be served by the Caribraz service (linking the Caribbean to Brazil)…