As Home Depot heads into its busy spring project season—when shoppers build backyard decks and buy patio furniture—it is tangling with surging costs for goods and transportation, on top of tariffs that cost it and other U.S. importers billions of dollars.Across the United States, major retailers and makers of everything from Peloton spin bikes and La-Z-Boy recliners to Kia Sorrento SUVs are battling the same profit-squeezing pressures. They pass those costs along to home-bound consumers…

Container activity at Port Houston remained solid in January, easily surpassing the 250,000-unit mark and setting the stage for a strong 2021 if that pace continues.The number of containers handled in January 2021 was the second-highest January on record, behind only January of 2020. Port Houston handled 255,039, twenty-foot equivalent units (TEUs), compared to January of last year, when 268,773,000 TEUs were handed.Loaded container imports totaled 121,578 TEUs last month, which was the fourth highest month on record for imports.

The Port of Los Angeles and cargo shipping lines are diverting some ships to other West Coast ports as a six-month import surge strains capacity at the busiest gateway for ocean trade in the United States.Container lines such as Hapag Lloyd and CMA CGM are temporarily diverting some sailings to Oakland and other West Coast ports to ease record backlogs at the Port of Los Angeles and the adjacent Port of Long Beach. Sixty-two ships are anchored in San Pedro Bay, with an average wait of eight days to enter the Southern California port complex.

A deep freeze that hit Texas over the weekend wrought more havoc on the U.S. energy sector on Tuesday, curbing output in the largest U.S. oil field, knocking out a fifth of the nation's refining capacity, and shutting a key shipping channel in Houston.Historic cold has knocked out roughly 4 million barrels per day of refining capacity, more than one-fifth of national capacity, according to Reuters calculations. About 500,000 to 1.2 million bpd of crude production has also been affected…

About 800 workers from the ports of Los Angeles and Long Beach on Friday will be in the first wave of COVID-19 vaccinations for employees at the United States' busiest seaport complex, which has been hard hit by pandemic-related workforce disruptions and surging imports.Congress members last month joined state and local leaders in urging California officials to hasten COVID-19 vaccinations for employees at the ports amid high-stakes battles over which workers should be prioritized as essential.Such decisions at times are made at the local level…

A surge in demand for goods like furniture and exercise equipment from locked-down consumers has sparked a jump in shipping rates, boosting profits for Danish freight giant Maersk, the company said on Wednesday.Yet shares in the world’s largest container shipping line fell as much as 8% as it missed analysts’ lofty forecasts for the end of last year and gave more cautious guidance for 2021 than anticipated.Maersk’s ocean shipping business, its largest division, “performed at record level in the quarter as a consequence of the strong rebound of demand…

Texas-based dredging contractor Callan Marine said it has been awarded the long-term contract for maintenance and new work dredging of the Port of Corpus Christi.The Port of Corpus Christi is the third most profitable port in the United States and is the second-largest exporter of crude oil. The channel itself is 36-miles long, with 30+ ship berths serving the cargo, dry and liquid bulk, breakbulk, and wind energy industries.Under its multi-year contract, Callan Marine will provide maintenance and new work dredging of the various docks at the port…

The Coast Guard Foundation said Thomas A. Allegretti has been elected to the position of Chairman of the Board, effective January 7, 2021. Allegretti first joined the Coast Guard Foundation board in 2006 and has served on the Executive Committee and the Audit Committee. In 2020, he led the Foundation’s COVID Management plan.Most recently, Allegretti served as the Senior Executive Officer of the American Waterways Operators (AWO), the national trade association for the domestic tugboat, towboat and barge industry.

Savannah-based Colonial Group Inc. has announced a new era of leadership as it prepares to mark a major milestone in the company’s history in 2021.Christian B. Demere (Demere) has been named chief executive officer, succeeding his father, Robert H. Demere, Jr. (Demere Jr.), who had been in the position since 1986. Colonial Group has continued to operate as a privately held business since 1921 through the chairmanships of its founder, Raymond Demere; his son, Robert H. Demere Sr.; and Robert’s son, Demere Jr.“The time has come to pass the torch to the fourth generation,” said Demere Jr.

Norwegian energy company Equinor said it has been selected to provide New York State with offshore wind power in one of the United States' largest renewable energy procurements to date.Under the award, Equinor and partner BP will provide 1,260 megawatts (MW) of renewable offshore wind power from Empire Wind 2, and another 1,230 MW of power from Beacon Wind 1, each calling for more than 90 turbines off the coast of Long Island—adding to the existing commitment to provide New York…

Oil hit an 11-month high just below $57 a barrel on Tuesday, bolstered by Saudi Arabia's plans to limit supply, offsetting worries that rising coronavirus cases globally would curtail fuel demand.Brent crude settled up 92 cents, or 1.7%, at $56.58 a barrel by after touching its highest level since last February at $56.75. U.S. West Texas Intermediate (WTI) gained 96 cents, or 1.8%, to $53.28.Saudi Arabia plans to cut output by an extra 1 million barrels per day (bpd) in February…

Maersk Says European Lockdowns Have Not Dented Demand for Shipping

High shipping rates are set to continue for at least several weeks, despite new coronavirus lockdowns in Europe, boosted by demand for furniture, exercise equipment and home improvement goods, shipping group Maersk said on Wednesday.A surge in demand from shoppers sheltering at home in a worsening COVID-19 pandemic has upended normal trade flows and triggered a spike in the cost of moving goods around."There are simply not enough containers in the world to cope with the current demand… 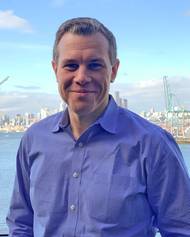 Centerline Logistics acquired Saltchuk Marine Services’ California ship refueling business, currently operated by subsidiary Foss Maritime Company. According to a press release from Centerline, this "major acquisition" brings together the combined capabilities of two of the nation’s leaders in petroleum transportation, strengthening Centerline’s position as a provider of around the clock bunkering (ship refueling) services.Through this expansion, Centerline will "substantially…

China's world-beating economic rebound from the coronavirus pandemic is being blunted by a global shortage of shipping containers, sending cargo costs to record highs and hampering manufacturers in filling fast-recovering global goods orders.Exports from China surged 21% in November from a year ago as the country's mammoth industrial engine cranked out mountains of appliances, toys, clothes, personal protective equipment, and other items currently in high demand around the world.But… 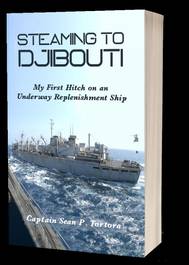 The following excerpts are from the new travelogue by Captain Sean P. Tortora, titled, “Steaming to Djibouti…My First Hitch on an Underway Replenishment Ship.”  Join a motivated young merchant marine officer on his first journey onboard a venerable navy auxiliary steamship. Accompany him through the convoluted reporting for duty process through his truly surreal first tour onboard. Meet the oddball characters in the crew and follow their outlandish daily routine. Listen in to the truly jaw-dropping crew interactions.

The United States imposed new sanctions on six groups and four vessels related to the transport of North Korean coal on Thursday, including operations based in China, the Treasury Department said on Tuesday."The DPRK (North Korea) continues to circumvent the U.N. prohibition on the exportation of coal, a key revenue generator that helps fund its weapons of mass destruction programs," Secretary Steven Mnuchin said in a statement.