North Sea operator Technip UK Limited pleaded guilty to a breach of regulations covering health and safety of workers which lead to the death of a rigger, and has been fined £160,000, the U.K. Maritime and Coastguard Agency (MCA) reported. Technip UK Limited admitted a breach of regulation 5 of the Merchant Shipping and Fishing Vessel (Health and Safety at Work) Regulations 1997 at Aberdeen Sheriff Court today in relation to a March 2009 incident which caused the death of David Stephenson, who was working as rigger on the U.K.-flagged dive support vessel Wellservicer operated by Technip UK.

The master of a cruise liner which was damaged going over rocky shoals has pleaded guilty to two charges at Belfast Magistrates court June 16, the U.K. Maritime and Coastguard Agency (MCA) reported. Captain Joao Manuel Fernandes Simoes pleaded guilty to failure to properly passage plan in breach of SOLAS and failure to report the incident contrary to the Merchant Shipping vessel traffic monitoring and reporting requirement regulations. On May 11, 2015 the Bahamas registered cruise liner MV Hamburg called in to Tobermory en route from Dublin to Hamburg.

A skipper of fishing vessel Saphire Stone was charged following a collision with another fishing vessel Karen causing its loss. The skipper, Malcolm Edmund, pleaded guilty to charges including failing to keep a proper lookout and has been fined more than £5,000, the U.K. Maritime and Coastguard Agency (MCA) reported. On January 22, 2014, fishing vessel Karen was coming to the end of a four-hour tow to the southeast of the Island of Arran, when she was struck astern by the Saphire Stone, bound for Campbeltown.

The Australian Maritime Safety Authority (AMSA) informs that four new certificates of competency for seafarers working on commercial motor yachts will be introduced in Australia from early 2016. After consultation between AMSA the commercial yachting Industry, Yachting Australia, the Australian Maritime College and the Transport Logistics Industry Skills Council, these new qualifications will see Australian motor yacht worker’s skills recognized with an official AMSA certificate of competency.

The skipper of a fishing vessel that collided with a ferry was fined after pleading guilty for failing to keep a proper lookout. The skipper, Lindsay Haugh, of the fishing vessel Onward N336, was fined a total of £2,500 plus costs of £231 at a hearing today in the County Court Division of South Down, the U.K Maritime and Coastguard Agency (MCA) reported. At approximately midnight on September 12, 2014, the fishing vessel was heading back from fishing grounds in thick fog to its home port of Killkeel when it collided with the Clipper Pennant… 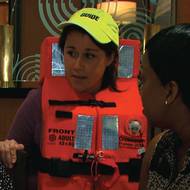 Videotel  has responded to major changes in international seafarer training legislation by producing a new e-learning course which establishes effective procedures onboard ship that will help to save lives in the event of an emergency situation. The Crisis Management & Human Behaviour Training Course has been produced in cooperation with the International Maritime Organization (IMO); Royal Caribbean International; and Cruise Lines International Association (CLIA) in response to the 2010 Manila Amendments to the STCW Code.

UK Maritime and Coastguard Agency (MCA) informed today that one of the two tugs attached to Hoegh Osaka moved from her position on Saturday afternoon and collided with the listing car carrier. There were no injuries to personnel, but the tug received some damage and it was replaced by another tug. No pollution occurred during this incident. Thge MCA spokesman stated, "The vessel remains at anchor on the Alpha Anchorage. Yesterday weather conditions prevented any activity on the vessel other than to connect the third tug.

The master of a wind farm support boat has been made to pay £3,000 in fines and costs after breaching maritime collision regulations, informs the UK Maritime and Coastguard Agency (MCA). Geoffrey Whinfrey was in charge of the Island Panther when it collided with a wind turbine in the Sheringham Shoal wind farm on 21 November 2012. Whinfrey had been requested by the wind farm operator - Scira Offshore Energy Ltd - that the Island Panther take off duty employees ashore due to the worsening weather conditions. It was dark and the wind was gusting up to 45mph, with driving rain and rough seas.

The passenger ship 'Serenissima' grounded Monday night in Oban Bay, was refloated the next day & awaits underwater inspection. The UK Maritime and Coastguard Agency reported that the Stornoway Coastguard was alerted and was told that the ship had ran aground on sand and gravel. On board for the voyage from Ireland towards Oban were 61 passengers and 51 crew. There were no reported injuries, no reported pollution and no signs of water ingress. The RNLI lifeboat from Oban was on standby to assist if needed. The Oban Sector Manager and the Oban Coastguard Rescue Team were also on scene.

Eight crew members have been taken off a flooding tug boat a mile off Hope’s Nose, Torbay, on the south-west coast of England. The UK's Maritime and Coastguard Agency reports that the tugboat began taking water after it collided with the vessel on tow. Nearby Brixham Coastguard has been coordinating the rescue operation after the collision in the dark on Sunday evening. The RNLI Torbay all-weather lifeboat and the Exmouth all-weather lifeboat were sent to the scene, along with a local harbour tug from Brixham… 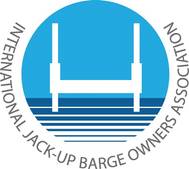 Those commissioning maritime construction projects will soon be able to assure themselves that their jack-up operators are competent and safe. The International Jack-Up Barge Owners Association (IJUBOA) has published its Code of Practice and set up a scheme to recognise the competence of existing barge masters. The code provides a standard against which companies can be audited. It is based on the International Safety Management (ISM) code. Companies who are successfully audited…