The UK Hydrographic Office (UKHO) appointed Terry Makewell to the position of Chief Technology Officer. Makewell has more than 20 years’ experience in leadership positions in government, academia and the creative industries, and will be instrumental in further developing the UKHO as a world-leading center in the marine domain. This will support the UKHO in delivering its vision of becoming the world-leading marine geospatial information agency and hydrographic office by 2020. Makewell  joins the UKHO from the Office for National Statistics, where he held the role of Chief Digital Officer.

Ice ship HMS Protector is heading for waters no Royal Navy vessel has visited in 80 years as she begins a marathon deployment to Antarctica. The Plymouth-based icebreaker and survey vessel will ensure the world’s fishermen are not stripping the largely-unspoiled waters of the Ross Sea of marine life. This part of Antarctica – it’s where Norwegian explorer Roald Amundsen began his successful attempt to become the first person to reach the South Pole – has not seen a Royal Navy or UK Government vessel for around eight decades. 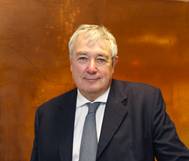 Adam Singer has been appointed to the role of Chair of the United Kingdom Hydrographic Office (UKHO) for three years. He takes over the role from Sandra Rogers who has served on the Hydrographic Office Board for 13 years. Adam is currently Chairman of the British Screen Advisory Council, Digital Radio UK, and the Authors’ Licensing and Collecting Society. He is also on the Board of Trustees for The Sixteen, one of the U.K.’s leading choral groups. Adam has worked in broadcasting and telecoms in the U.K., U.S., France and Japan.

Offshore Marine Management (OMM) completes a feasibility study for Forewind’s planned North Sea wind energy development. The study was undertaken to assess route feasibility options along one of the development’s 160km long export cable corridors. The scope of work required OMM to analyse survey data, establish a Burial Protection Index (BPI) and carry out a burial assessment to recommend cable burial depths along the route. This was used to advise on the potential need for corridor widening and cable protection measures…

The UK Hydrographic Office (UKHO) sees an increase in the number of counterfeit versions of its Admiralty charts & publications. Counterfeit documents do not satisfy SOLAS carriage requirements, as they have not been issued by an officially approved government body or authorised hydrographic office. They may also fall foul of Flag State Authorities and Port State Control rules, as well as increasing the safety risk for vessels, crews and cargoes. UKHO's John Dawson said: ‘We urge purchasers, users, inspectors and regulators to be vigilant for counterfeit Admiralty charts and publications.

The UK Hydrographic Office has unveiled the first dates of 2013 for its renowned Digital Integration Workshops, the first of which will take place in Limassol, Cyprus on 31 January. These free-to-attend workshops have been designed for anyone involved in managing the integration of digital navigation into their vessels in order to meet the revised SOLAS regulations on the carriage of ECDIS. The workshops will look at the practical issues faced by shipping companies when it comes…

The UK Hydrographic Office, under the Admiralty brand, has extended its global ECDIS training campaign, which offers qualified bridge officers around the world the opportunity to win generic ECDIS training, making a further 100 training places available. The additional sponsored training places are a result of the popularity of the campaign, which has now seen the initial 100 training places awarded to mariners worldwide. The next draws of this extended campaign will take place in December 2012 and March 2013, with 50 bridge officers being awarded each time.

The United Kingdom Hydrographic Office has agreed a deal to supply Warsash Maritime Academy, one of the UK’s leading maritime training colleges and pioneer of the use of bridge simulators for higher level training, with training licences for its full portfolio of Admiralty Digital Publications. The agreement will see Warsash Maritime Academy, part of Southampton Solent University, utilise the full Admiralty Digital Publication portfolio in its passage planning, ECDIS, navigation and radio module training. 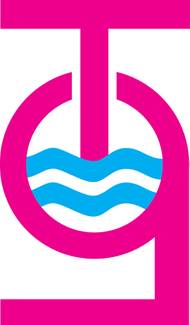 Following comprehensive trials Norddeutsche Reederei H. Schuldt (NRS) of Hamburg has confirmed that it will proceed with the installation of ChartCo services via email for its complete fleet. The order from NRS is the culmination of many months of development. For over 10 years ChartCo has been delivering data direct to ships at sea using ChartCo Broadcast and more recently ChartCo Select via Internet. Now the addition of ChartCo Select via email offers all vessels complete flexibility in tailoring the service and delivery method to best suit their requirements.