Cargo shippers are diverting goods to more ports across Britain to ensure stable supply lines due to uncertainty over whether the UK will leave the European Union without an agreement, a top port executive said.Brexit has been delayed for a third time, until the end of January, and Britain is headed for a snap general election in December designed to break the impasse.The European Union's Brexit negotiator Michel Barnier this week said there was still a risk that Britain could exit the bloc chaotically with no divorce agreement.In the meantime…

Brittany Ferries has said the company is “ready, willing and able to assist” the UK government with Brexit freight capacity requirements following confirmation that the company is one of eight firms that have been appointed to the freight procurement framework, enabling it to bid to deliver medical supplies to the UK after the proposed Brexit completion date of October 31.The company operates an 11-ship fleet and works routes between the British ports of Portsmouth, Poole and Plymouth and the five north-west France ports of Le Havre, Caen, Cherbourg, St Malo and Roscoff. 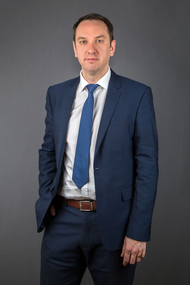 Following the announcement of the grant awards to certain English ports from the Department for Transport the British Ports Association has suggested further funding might be needed across the ports and logistics sectors in a no deal scenario.Commenting on the funding the British Ports Association’s Chief Executive, Richard Ballantyne said: We welcome the funding but note that some English ports have missed out as well as those in other parts of the UK. Also we have asked the Government for funding for UK Border Force infrastructure…

The UK’s Department for Transport is to acquire a new ship for the General Lighthouse Authority Trinity House to replace THV Patricia, which has been in service since 1982, to ensure other vessels continue safe and smooth operations in UK waters and overseas. The General Lighthouse Authority is responsible for providing more than 600 aids a year to navigation around UK waters, including ships, lighthouses and buoys. The as yet unnamed vessel will deliver critical navigation aids to ships in some of the most dangerous waters in the world…

A new trade campaign coalition has called on the UK Government to grant special economic status to airports and seaports in order to stimulate international investment, re-shore manufacturing and ultimately lower prices for consumers after Brexit. Port Zones UK is a new coalition of British airport and seaport operators with the aim of promoting regional growth centered on major UK transportation hubs through its proposed designation of enhanced ‘Enterprise, Development and Free Trade Zones’.

The British Ports Association has welcomed the announcement by the UK Government that there will be a new grants scheme for infrastructure modification at UK ports should there be a ‘no-deal’ Brexit but has stated a deal was the best way to avoid potential disruption at ports.The UK’s Department for Transport is to introduce its £10 million (about $12.17 million) Port Infrastructure Resilience and Connectivity Fund for English Ports scheme in the run up to the Brexit date of October…

Three Iranian vessels tried to block a BP-operated tanker passing through the Strait of Hormuz but backed off when confronted by a Royal Navy warship, the UK government said on Thursday.Britain urged Iran to "de-escalate the situation in the region" after the British Heritage, a Suezmax oil tanker operated by BP under an Isle of Man flag, was approached."HMS Montrose was forced to position herself between the Iranian vessels and British Heritage and issue verbal warnings to the Iranian vessels…

The American supplier of rotor blades to the wind industry LM Wind Power, part of GE Renewable Energy, has displayed its first 107-meter blade, for GE’s Haliade-X 12 MW wind turbine, which has made its first trip outside its factory in Cherbourg, France.The LM 107.0 P is the first ever wind turbine blade to surpass 100 meters in length, said a press release from the wind turbine blades manufacturer.Final preparations for shipment of the blade are now underway.GE Renewable Energy…

Britain’s marine industry launched of Maritime 2050, the UK Government’s first ever long-term strategy to support and grow the sector.Described as both visionary and aspirational, Maritime 2050 highlights the Government’s recognition of the importance of maritime – worth over GBP40bn to the UK economy, more than aerospace or car manufacturing – and focuses on the desire to cement the UK’s place as the world's leading maritime nation into the second half of the 21st century.Maritime 2050 is published at a time when the UK faces intense competition from maritime nations in the Far East…

DFDS Gets Brexit Contract by the UK

The UK Chamber of Shipping said that the UK Government’s plans to charter in ships to bring in supplies in an event of a No-Deal Brexit would not help.Responding to reports that Government may charter ships in the event of a No-Deal Brexit, UK Chamber of Shipping CEO Bob Sanguinetti said: “It is not clear how Government chartering ships would really help. I don’t see how Government itself can move goods faster or more efficiently than the private sector, particularly as those…

Following the publication of the UK Government’s advice on contingency planning for a ‘no deal’ Brexit outcome, the British Ports Association (BPA) has suggested that negotiators have it in their power to agree a deal that would end months of uncertainty regarding the future arrangements at UK and EU borders.Highlighting the merits of the UK Government’s proposal agreed at Chequers and subsequently set out in the Brexit White Paper in July, the BPA is urging both sides to rally and agree.

The British Ports Association has published a new strategic report - ‘A Brexit Dividend’, which calls on the UK Government to deliver on the Prime Minister’s pledge of ‘frictionless’ trade after Brexit. Following Monday's (March 19) agreement between UK and EU negotiators on the terms of a transition deal and ahead of the EU Council meeting later this week, the British Ports Association has published ‘A Brexit Dividend’. Ports are calling for a pragmatic deal with the EU on both…

Britain is reviewing its reliance on satellite-based technology for critical infrastructure including the Global Positioning System (GPS) as the threat of jamming attacks and disruptions grows, a government report said on Tuesday. Emergency services, transport, communications and financial networks are among key sectors which depend on Global Navigation Satellite Systems (GNSS) such as GPS. Such technology needs accurate and reliable position and timing signals. Experts say the problem with GNSS is their weak signals…

The Chief Executive of the British Ports Association (BPA), Richard Ballantyne, has outlined the Association’s key priorities for 2018. These include continued interaction and influencing on the Brexit discussions, promotion of planning and freight policy reform, calls for increased transport connectivity investment and the rectification of the ‘definition of a ship’ legal anomaly. Discussions with the various parts of Westminster and the Devolved Governments on Brexit will continue to be a major feature for the ports industry this year.

Capitalism, globalisation and international collaboration spread prosperity and growth - and shipping has a vital role to play in this process, Guy Platten, CEO,  UK Chamber of Shipping said in his address to the annual Scottish Shipping Benevolent Association (SSBA) dinner in Glasgow last night. A press release from UK Chamber quoted Guy Platten as saying: "Even though the world has never traded more, it seems like once again we have to defend trade, free markets and capitalism itself from those who would seek to tear them down," the UK Chamber CEO said.

The UK Ship Register has signed its first ever unmanned vessel to the flag, showing how it is adapting to the changes of the maritime industry. ASV’s C-Worker 7 will be used for work such as subsea positioning, surveying and environmental monitoring. It can be used under direct control, semi-manned or completely unmanned. Although such autonomous vessels are now being introduced to many fleets in both commercial and military sectors across the world, they are still relatively new in the maritime sector.

The British Ports Association has called for a new debate on a free ports policy following a report from trade specialists Crowe Clark Whitehill LLP. “Free ports and free trade areas at ports is an interesting concept which many UK ports are looking at. Brexit could mean that new customs and trade opportunities arise and any proposals which make the UK ports and logistics industry more competitive and improves the flow of goods at ports should be welcomed. Of course, free zone…

Britain will begin trials of semi-automated, wirelessly connected truck convoys on public roads by the end of 2018, in a bid to find more fuel-efficient ways to transport goods. Development of the technology has already started elsewhere in Europe and the United States. In April 2016, semi-autonomous trucks drove from factories in Sweden and Germany to the Dutch port of Rotterdam in early trials. The UK government said funding of 8.1 million pounds ($10.4 million) would enable so-called platooning trials where a lead truck driven manually controls the acceleration…

The EU is ignoring the risk of Brexit to European ports, the UK Chamber of Shipping has said. Hard border controls will lead to increased bureaucracy and will threaten prosperity. The Chamber warns that the return of border controls would lead to increased bureaucracy, “guaranteed” lorry gridlock and threats to the prosperity of both EU member states and the UK. It also says that the dangers to major EU ports has been understated. Chief executive of the Chamber, Guy Platten said: “The EU sells £240bn of goods to the UK each year, most of which travels through ports.