SEA\LNG, the multi-sector industry coalition aiming to accelerate the widespread adoption of liquefied natural gas (LNG) as a marine fuel, today announced that it has welcomed Exeno Yamamizu Corporation (Yamamizu) & Fearnleys AS as the first shipbroking companies to join its membership coalition. The coalition whose membership currently stands at 33 organisations, is committed to uniting knowledge and expertise from across the LNG value chain, including shipping companies, ports…

Tim Nolan, who was recently named the next President and CEO for TOTE Inc, was honored with the Herb Brand Award at the Maritime Council of NY/NJ’s 56th Annual Dinner Dance.The Herb Brand award is one of three awards given to champions of the U.S. maritime industry. Other recipients of this year’s awards were Congressman Cedric Richmond for the Government “Man of the Year” Award and Randi Weingarten President of the American Federation of Teachers who received the Paul Hall Award.The awards are given to leaders in the government… 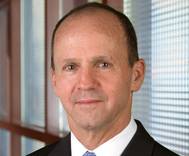 TOTE Inc. president and CEO Anthony Chiarello will retire this summer after eight years at the helm and nearly four decades in the maritime industry. “As I look ahead to my 63rd birthday later this year, it is time for me to spend more time with my family and loved ones,” Chiarello said. TOTE said its parent company Saltchuk will make an announcement regarding Chiarello’s successor in due course. Chiarello began his career in stevedoring at ITO, now part of Ports America, in the…

TOTE Inc., courtesy of being the first in the world to order containerships powered by LNG, have been leaders in the push to design and build tonnage ahead of the emissions regulation curve. The company again makes headline with the announcement that TOTE Maritime Alaska has contracted MAN PrimeServ – MAN Diesel & Turbo’s after-sales division – to convert a pair of RoRo ships, North Star and Midnight Sun to dual-fuel operation on liquefied natural gas (LNG). Today the vessels are powered by four × MAN 58/64 engines and will be retrofitted to MAN 58/64 retrofit units.

SEA\LNG, the multi-sector industry coalition aiming to accelerate the widespread adoption of liquefied natural gas (LNG) as a marine fuel, has announced Yokohama-Kawasaki International Port Corporation (YKIP) as its latest member. Representing the Japanese ports of Yokohama and Kawasaki, YKIP brings essential knowledge from a port’s perspective to SEA\LNG, which is working collaboratively with key players across the entire LNG value chain. SEA\LNG and its member organizations continue to advocate for the need to collaborate…

Big Names Unite to Push LNG as a Marine Fuel

A U.S. Navy salvage team prepared on Sunday to launch a remotely operated submersible to confirm that wreckage discovered near the Bahamas was that of the cargo ship El Faro, lost in a hurricane last month along with its 33 crew members. The team's mission is to document the shipwreck and any debris field, and to retrieve the sunken vessel's voyage data recorder - similar to an airplane's black box - as part of an investigation into its loss, according to the National Transportation Safety Board (NTSB).

The owners of the cargo ship El Faro that sank after it was trapped in the path of Hurricane Joaquin off the Bahamas last week announced the creation of a family relief fund on Friday to support the 33 mostly-American families of the crew. "Over the last few days we have had hundreds of employees, mariners, customers and individuals from around the country inquire about where to donate in support of the families," Anthony Chiarello, chief executive of New Jersey-based Tote Inc, owners of the El Faro, said in a statement. The U.S.

Captain of Ill-fated El Faro was Known as Trusted Mariner

The captain of the ill-fated cargo ship that sank in a hurricane off the Bahamas with no survivors last week was an experienced and highly trusted mariner who had spent a lifetime on the water, friends and colleagues said. The captain of El Faro, Michael Davidson of Windham, Maine, was raised in South Portland, alongside Maine's largest port, and spent summers nearby at a family home on an island in Casco Bay. The U.S. Coast Guard called off the search and rescue mission for the 28 American crew members and 5 Polish contract workers aboard El Faro on Wednesday night.

Collision Course with a Hurricane: How Doomed US Ship Met its End

The ill-fated U.S.-flagged El Faro cargo ship sunk by Hurricane Joaquin was sailing at near full speed into the center of the storm before it lost propulsion amid mountainous waves and brutal winds, according to ship tracking data. The data on Thomson Reuters Eikon raises questions about the ship owner's assertion that the vessel's captain had chosen a "sound plan" to pass around Joaquin "with a margin of comfort" but was then thwarted by engineering problems. It shows that even…

Responders continue the hunt for possible survivors from the missing cargo ship El Faro, which is believed to have sunk during Hurricane Joaquin. As of Tuesday night, crews have searched some 172,257 square nautical miles while scanning in the vicinity of the ship's last known position 35 nautical miles northeast of Crooked Islands, Bahamas, the Coast Guard reported. A decision on how much longer the search will continue could be announced on Wednesday afternoon, the Coast Guard said.

TOTE, Inc. announced an agreement today between its operating companies TOTE Shipholdings Inc. and Sea Star Line LLC on the charter of the two new Marlin Class vessels being built by TOTE Shipholdings at NASSCO in San Diego, Calif. The new Marlin Class ships will be the first liquefied natural gas (LNG) powered containerships in the world and will almost double the cargo capacity available to Puerto Rico each week. These will be the first ships with fifty three foot container capacity under deck expanding the services that Sea Star Line is able to offer its customers. 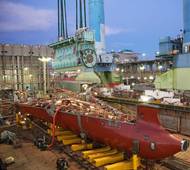 TOTE, Inc. President and CEO Anthony Chiarello is among 11 honored by the White House as 2014 transportation industry “Champions of Change.” Chiarello was chosen for his role in leading the U.S. maritime industry toward natural gas as fuel. TOTE is building the first natural gas-powered containerships in the world to serve Puerto Rico and is converting its ships in Alaska to natural gas; TOTE is the first in the United States to convert its fleet to liquefied natural gas (LNG). 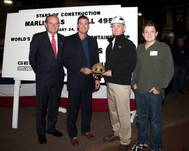 Fireworks marked the first cut of steel in a ceremony last night as construction of TOTE, Inc.’s new Marlin Class, the first liquefied natural gas (LNG)-powered containership in the world, began at the General Dynamics NASSCO shipyard in San Diego, Calif. “These ships, will be the most advanced, environmentally progressive vessels of their kind,” state Representative Duncan Hunter (R-Calif.), Chairman of the House Subcommittee on Coast Guard and Maritime Transportation said, “but they also represent $350 million in U.S. The Marlin class vessels mark a new age in American shipbuilding.

When we caught up with NASSCO’s Parker Larson in December, he had only just been promoted to Director of Commercial Programs at the sprawling San Diego, Calif. shipyard. Previously NASSCO’s Program Manager for Commercial Contracts, he no doubt played a large role in the recent high profile deals won by NASSCO, in particular the two 3,100 TEU LNG-powered containerships for TOTE, Inc. Additionally, he was responsible for design, planning, and construction of over $1 billion in commercial new construction work at NASSCO that includes four 50…

The organizers of the SHIPPINGInsight 2013 Fleet Optimization Conference today announced that the deadline for Early-Bird registration has been extended. The discount offer expires at midnight, September 13. The conference will take place Oct. 22-24 at the Sheraton Stamford Hotel, in Stamford, Conn. Attendees registering prior to the early-ird deadline will receive $200 off the full conference registration fee. “We have assembled a distinguished lineup of moderators, speakers and panelists for this year’s conference…