PEIR (Photographic Equipment Interchange Receipt) has launched a new app that helps the transportation, logistics and shipping industries better assign costs based on responsibility for damaged shipping containers and trailers.“After a year of development and another year of beta testing with trucking companies, depot operations, repair facilities, transfer yards and terminals, we are happy to launch PEIR today,” said Tom Burke, CEO of PEIR parent company TCompanies. “The idea for PEIR came to me shortly after selling our intermodal trucking company that we owned for 10 years. 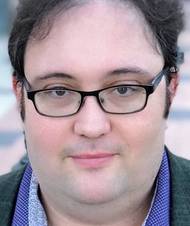 PEIR, a new app that helps the transportation logistics and shipping industries better assign costs based on responsibility for damaged shipping containers and trailers, has announced the hiring of Dr. Aaron Bryden as Chief Technology Officer and the acquisition of Tamper-Secure technology and patents from PRAXIK.Tom Burke, CEO of TCompanies, parent company of PEIR, said,  “Acquiring the Tamper-Secure technology and patents from PRAXIK made a great deal of sense for PEIR as we…

Cargo security goes high tech in its quest to account for cargo damage. Two different firms bring the same goals to the supply chain. The need for vessel and cargo tracking has always been necessary. But, the methods and equipment to accomplish those tasks haven’t always been available. Before the mid-1990’s, for example, without AIS transmitters, a vessel that missed its ‘LayCan’ at a particular port by just a few hours could credibly misrepresent its position at sea, absent any corroborating evidence by its prospective charterers. And, there usually wasn’t any.