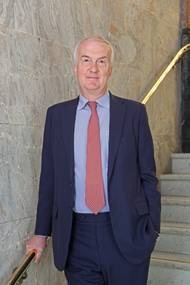 The Mission to Seafarers announced that Tom Boardley, Executive Vice President of Lloyd’s Register has been appointed as the new Chairman of the global maritime welfare charity. Boardley will formally take on the role from the incumbent Chairman Robert Woods CBE on April 1,2017. Robert Woods said, “I am pleased to be handing over the chairmanship of The Mission to Seafarers to Tom Boardley. Tom has a great reputation within the industry, and I have no doubt is the right person to steer the Mission through the next stage of the charity’s evolution.

WISTA Expands in the UK

Press Release: The South East of England represents more than 20% of the UK maritime industry. Recognizing the significance of the South East to the maritime sector and building on the success of its Liverpool chapter, WISTA UK is evolving and has now added Southampton to its list of regional branches. The WISTA (Women’s International Shipping and Trading Association) UK Southampton branch was officially launched at Lloyd’s Register’s new premises in Southampton. Chaired by Ewen Macdonald…

Common Structural Rules Software LLC, (CSRS) a joint venture company formed by Lloyd's Register (LR) and ABS, has released new software tools for meeting the requirements of the IACS Common Structural Rules (CSR), which entered into force on 1 July 2015. Developed from the technical strengths of LR and ABS, version 2.5 of the CSR Prescriptive Analysis and the new CSR Finite Element (FE) Analysis software, allow assessment of whole vessel structures, including new bulk carrier and oil tanker designs. Both class societies will use these new tools to evaluate new designs to the CSR. 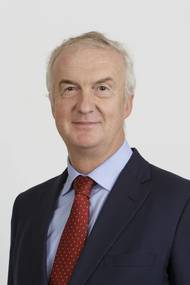 Lloyd’s Register announced two significant organization changes: Tom Boardley steps up to a new role as Executive VP and Global Head of Corporate & External Affairs and Nick Brown is promoted to Marine Director. “We are organising our business to make sure that we have the capability to meet whatever challenges emerge as we continue to support clients in their drive for increased assurance and performance of their businesses and assets. LR is a unique organization with a real purpose and we are evolving to meet the needs of all our stakeholders.

London International Shipping Week 2015 (LISW15) is pleased to announce the line up, so far, of high level government and industry speakers for the official LISW15 Conference being held at the Grosvenor House Hotel on London’s Park Lane, on Thursday 10th September. The conference will begin with Jeremy Penn, Chairman of the LISW15 Steering Group and Chief Executive of The Baltic Exchange, formally welcoming everyone to the event before handing over to The Rt Honourable The Lord Mayor of the City of London…

London International Shipping Week 2015 (LISW) is delighted to announce that Mr Lui Tuck Yew, Singapore’s Minister for Transport, has confirmed that he will speak at the official LISW Conference on 10th  September 2015 at the Grosvenor House Hotel on London’s Park Lane. Mr Lui Tuck Yew will speak in the session on: “National, Supranational and Global Governance – The role of governments in a global maritime industry: Should governments lend their support and how can they participate in growing their domestic sectors? 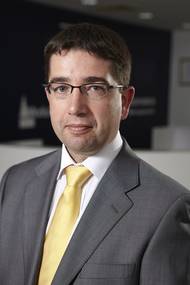 ‘Best’ in Paris MoU rankings reflects the breadth of LR’s drive to continually help improve safety and operational performance in shipping. The European port state control organization, the Paris MoU, yesterday confirmed that Lloyd’s Register (LR) was the highest performing Recognised Organization (RO) in the European port state control area for the rolling three-year period 2011-2013. During this period 11,405 inspections were carried out on LR classed ships and 10 ships were detained for what are known as ‘class related’ factors. In official correspondence to all ROs, Richard W.J.

The International Association of Classification Societies (IACS) Council met in London under the chairmanship of Tom Boardley of Lloyds Register. IACS agreed to strengthen the implementation of EEDI by using the industry developed guidelines as a Procedural Requirement for IACS Members. IACS chairs the joint industry working group which developed the ground breaking EEDI guidelines that have been submitted to the IMO. By using these guidelines as Procedural Requirements mandatory on Members whose societies classify over 90% of the world fleet…

Advanced research and development by Lloyd's Register indicates that container stacking weights can be modified to allow the carriage of more cargo. In an 18,000 teu design the increase in cargo weight could be as much as 10%, says Tom Boardley Lloyd’s Register’s Marine Director. The benefits are lower costs, lower emissions and a lower carbon footprint. Commentary from Tom Boardley: "The results come from looking hard at ship efficiency – how can we optimise designs? Clearly…