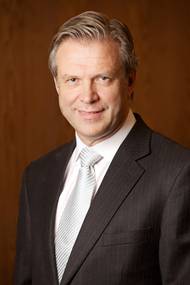 Rolls-Royce has appointed John Knudsen as President - Offshore, in its Marine business. Knudsen will transition into his new role through January 2014. Mr. Knudsen is currently President of Bergen Engines AS. He has had a key role in transforming Bergen Engines during the divestment from Rolls-Royce Marine and integrating it into the Tognum Group. Tognum AG is a joint venture of Rolls-Royce and Daimler. John Knudsen joined Rolls-Royce in 2007 and has previously held senior positions in the Norwegian telecom equipment supplier Nera ASA.

As announced in April, Dr Ulrich Dohle today takes up his new duties as Chairman of the Executive Board and CEO of Tognum AG. He succeeds Joachim Coers, who has left the company after nine years at his own request. In his new role, Dr Dohle will not only take on the typical duties of a CEO, such as corporate communication and strategy, but will also be responsible for R&D and quality management. In April, the Supervisory Board extended Dr Dohle's contract until December 31, 2015. He has been on the Executive Board of Tognum AG since 2009, previously holding the position of deputy CEO and CTO.

The Chairman of the Executive Board & CEO of Tognum AG, Joachim Coers, to hand over to Dr. Ulrich Dohle from July 1st, 2013. The Supervisory Board of Tognum AG regretted the decision taken by Coers, which they have accepted, and thanked him for his exceptional dedication and commitment in the past nine years. In its meeting on April 19th, the Supervisory Board elected Dr. Dohle unanimous as new Chairman of the Executive Board and CEO of Tognum AG and at the same time extended his contract to 31 December 2015. Joachim Coers joined what was then MTU Friedrichshafen in 2004.

Specialist for propulsion and power solutions, Tognum AG, has achieved its revenue and profit targets for the full year 2012. Revenues increased slightly last year by 1.4% as expected to €3.015 billion (2011: €2.97 billion). With an adjusted EBIT of €296 million, the adjusted EBIT margin was at 9.8% (2011: 11.6%). In August of last year, Tognum specified its forecast for the full year 2012. The company subsequently announced that it anticipated growth in revenues in the lower single-digit percentage range, with an adjusted EBIT margin of around ten per cent. 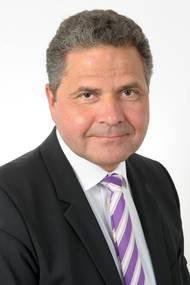 Jörg Schwitalla will be the new Executive Board member for Personnel and Integrity at Tognum AG as of 1 January 2013. Tognum has created the new position on the Executive Board on the one hand to meet future requirements – such as the planned integration of Bergen Engines AS and the group’s growth targets – and on the other hand to achieve the aim of bringing the Personnel, Legal Affairs and Compliance divisions closer together and to underline the growing importance of ethics in corporate management.

Propulsion & power providers Tognum confirm 2012 forecast in financial report ended 30, September. The adjusted EBIT margin is expected to be at around ten per cent by the end of the year, while the company expects to see revenue growth in the lower single-digit percentage range. “The global economy cooled down further in the third quarter. As a result of our good order backlog, however, we are aiming for a fourth quarter slightly above last year’s level and therefore, from today’s perspective, we confirm our revenue and profit targets,” explained Joachim Coers, CEO of Tognum AG.

Tognum has recently concluded an agreement with a bank consortium for a revolving credit line of €300 million. The credit line has a term of five years. In addition to Commerzbank as the coordinator, seven other banks are involved. Tognum will redeem the consortium financing that was agreed during the IPO in 2007 accordingly in the next few days. In the last few months, Tognum also received loans totalling €200 million for research projects from the European Investment Bank (EIB). In addition, KfW IPEX-Bank will finance R&D activities amounting to €50 million.

Tognum adjusts its forecast at end of the first half-year 2012, anticipating growth in revenues in the lower single-digits. The company now anticipates growth in revenues in the lower single-digit percentage range and thus remains within the current forecast corridor. The adjusted return on sales is expected to be around ten per cent by the end of the year. Tognum had previously assumed it would achieve an adjusted return on sales of over ten per cent. “The macro-economic prospects for the financial year deteriorated significantly in the course of the second quarter.

Tognum to Reduce Size of Executive Board

In January 2011, the first step taken by Tognum to establish a new global sales organisation came into force. The new organization is designed to improve the service and support provided for the company’s existing customers and above all to acquire new customers worldwide for its broadly diversified product portfolio. Peter Kneipp (53) joined MTU Friedrichshafen in 1989 as a project manager for marine propulsion systems. At an early stage in his career, Peter Kneipp was involved in projects that enabled him to acquire experience in the Asia-Pacific region…

The specialist for propulsion and power solutions Tognum has completed the first three months of the current financial year in line with expectations and confirms its forecast for the full year. “Despite the modest quarterly revenues as expected, we managed to achieve an adjusted EBIT margin of 8.4%,” said Volker Heuer, chairman of the executive board of Tognum AG. The company continues to expect an adjusted EBIT margin (adjusted return on sales) of 6 to 9%, with revenues of €2.3 to 2.5 billion.

Tognum First Quarter for the Year

Tognum has completed the first three months of the current financial year in line with expectations and confirms its forecast for the full year. “Despite the modest quarterly revenues as expected, we managed to achieve an adjusted EBIT margin of 8.4%,” said Volker Heuer, chairman of the executive board of Tognum AG. The company continues to expect an adjusted EBIT margin (adjusted return on sales) of 6 to 9%, with revenues of €2.3 to 2.5 billion. In the medium term, Tognum intends to grow faster than the market and achieve a double-digit return on sales.