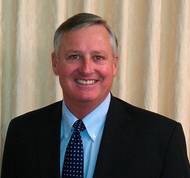 Tim Nolan, who was recently named the next President and CEO for TOTE Inc, was honored with the Herb Brand Award at the Maritime Council of NY/NJ’s 56th Annual Dinner Dance.The Herb Brand award is one of three awards given to champions of the U.S. maritime industry. Other recipients of this year’s awards were Congressman Cedric Richmond for the Government “Man of the Year” Award and Randi Weingarten President of the American Federation of Teachers who received the Paul Hall Award.The awards are given to leaders in the government…

TOTE Maritime is increasing its service offerings and customer support to meet a growing demand for services as part of the ongoing relief and rebuilding efforts in Puerto Rico. TOTE Maritime is adding two barges to its fleet. The first barge departed from Jacksonville yesterday with 375 FEUs of cargo. The second barge is scheduled to depart early next week and will carry 350 FEUs of cargo. “The addition of these barges to our service offering will allow us to better support the increasing and changing needs of Puerto Rico as relief…

U.S. investigators stood in silence for 33 seconds on Friday as they concluded the public phase of a probe into the sinking of the El Faro cargo ship during a 2015 hurricane, recognizing each crew member aboard who died. The Coast Guard's Marine Board of Investigation, convened for the most serious accidents, heard two weeks of testimony in the last of a series of hearings on the worst disaster involving a U.S.-flagged vessel in more than three decades. Captain Jason Neubauer, the panel's chairman, said it had collected sufficient evidence for a forthcoming analysis.

Debris Appears to Belong to Cargo Ship Missing in Bahamas

Search and rescue teams on Sunday located debris which appeared to belong to the cargo ship El Faro that went missing in the eye of Hurricane Joaquin with 33 mostly American crew members aboard, the U.S. Coast Guard and the ship's owner said. Life jackets, containers and an oil sheen were spotted by U.S. Coast Guard aircrews flying over the Bahamas on the third day of their search for the container ship. There had been no sighting of the El Faro or any life boats, Tote Maritime Puerto Rico president, Tim Nolan, said in a statement. 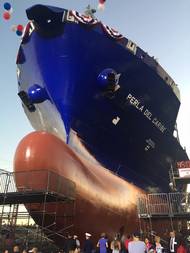 In June 2014, Sea Star Line partnered with the 11 clubs of the Boys & Girls Clubs of Puerto Rico in a contest to name the new liquefied natural gas (LNG) vessels which will be dedicated to the Puerto Rico trade by TOTE, Sea Star Line’s parent company. The Marlin Class vessels have attracted international attention as the first cargo ships in the world to run on natural gas. In addition to their improved environmental profile, the Marlins will represent a new standard in safety and TOTE’s long-term commitment to the people of Puerto Rico.

TOTE, Inc. announced an agreement today between its operating companies TOTE Shipholdings Inc. and Sea Star Line LLC on the charter of the two new Marlin Class vessels being built by TOTE Shipholdings at NASSCO in San Diego, Calif. The new Marlin Class ships will be the first liquefied natural gas (LNG) powered containerships in the world and will almost double the cargo capacity available to Puerto Rico each week. These will be the first ships with fifty three foot container capacity under deck expanding the services that Sea Star Line is able to offer its customers. 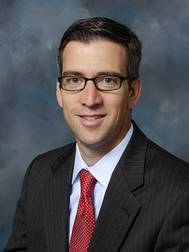 Tim Nolan, as Executive Vice President, will report to Peter Keller, President and be domiciled at Sea Star headquarters in Jacksonville, Florida. Tim has a broad background in liner shipping to include management accountabilities in Chile, as well as, the Latin America and Caribbean trades. He has also been involved in business development and International logistics management. Most recently he was senior vice president and general manager for a major International Logistics Operator. Tim is a graduate of St.