Moose Boats won a contract from the City of Rochester, NY, Fire Department for the construction of the first M2-38 Fire Rescue Catamaran to be delivered to the Great Lakes.Twin Cummins 425hp turbo diesel propulsion engines, Twin Disc transmissions and Hamilton water-jets will power the M2-38 aluminum catamaran. Rochester Fire's new Moose Boat will be equipped with a fire pump system flowing more than 1,500 gpm of fire suppression water to cabin roof and cockpit mounted monitors while simultaneously maintaining full maneuverability from both propulsion engines and jets.

Transnet National Ports Authority (TNPA) introduced a new port security system valued at more than $53 million to safeguard customer cargo, port users, as well as Transnet’s own port assets, staff and contractors. Phumuzi Sigasa, head of TNPA’s Port Security Portfolio added: “In conformance with regulations and our own Integrated Security Management Systems - Security Strategy Plan, we are rolling out an upgraded security system across our eight South African commercial ports and our head office in Johannesburg.

Lessons are still not being learnt when it comes to preventing engine room fires according to Braemar SA (Braemar Incorporating The Salvage Association). He adds: “On many of the vessels I visit, these hot spots are only too easy to find, with thermal imaging photographs readily identifying these defects”. Braemar SA says that, despite all the attention classification societies aim at fire prevention and protection design, potential problems must be detected earlier to ensure a fast and efficient first response.

“Lessons are still not being learned when it comes to preventing engine room fires.” This is the message from Graeme Temple, Regional Director for Braemar SA’s Far East operations, following a review of incidents taking place in 2013. “Last year we attended a significant number of engine-room fires - the industry is still experiencing far too many unnecessary casualties where flammable liquids in engine rooms are finding their way onto hot spots,” he said. ”On many of the vessels I visit… 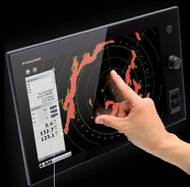 Chris Fertig of Maersk Line, Limited (MLL) is competing for the Bermuda Challenge World Record leaving on his boat, the TDI CLEAN DIESEL from Liberty Harbor Marina in New York at 9:30 a.m. on September 21, 2011. MLL's sponsorship support of the M/V TDI Clean Diesel, captained by MLL's own Fertig -- General Manager of MLL's Maritime Technical Services (MTS) business unit -- will be competing for the Bermuda Challenge World Record. Created by Boating Magazine in 1994, the Bermuda…

There is a new focus on technological solutions for ship self-defense against pirate attacks. Although some systems have been around a bit longer, the surge in new products is attributable largely to the dramatic increase in attacks on ships by Somali pirates over the last few years, the expanding areas of their attacks, and the worldwide attention these attacks have garnered. Suppliers have rushed to adapt existing products and develop new ones for the counter-piracy mission. 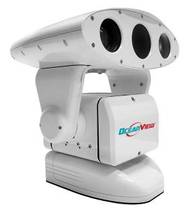 OceanView Technologies, Inc. announced it now will offer optional HD thermal imaging on its entire line of night vision cameras, including its Poseidon, Zeus, Atlas and Triton models. They are available in a variety of configurations to suit any need, including dual and three-camera systems, high zoom cameras and precise fiber-optic stabilization. (www.nightboating.com)

The National Marine Electronics Association (NMEA) will hold its 2009 NMEA Convention & Expo Sept. 30 - Oct .2, 2009, at the Sanibel Harbour Resort in Fort Myers, Fla. “The NMEA Convention & Expo is very valuable for everyone involved in the industry, but it is really organized to serve NMEA dealers and their personnel,” said David Hayden, NMEA’s President and Executive Director. “This year’s Convention has never been more important, as we need to work together to address the current economic challenge to our industry,” he said.