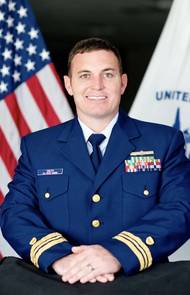 The Liberian Registry announced Dallas Smith has been hired as the Director of LNG and Offshore Technology, and as General Manager of the Liberian International Ship and Corporate Registry’s (LISCR) new Houston Office.Smith brings to his new role at LISCR over 20 years of experience as an officer in the U.S. Coast Guard. Before his retirement last month, Smith was head of the USCG Liquefied Gas National Center of Expertise where he was responsible for executing the Coast Guard’s entire liquefied gas safety, security, and environmental compliance mission around the world.

This week, various parties in Rotterdam will be launching a new pilot project, in which containers are handled and released without a PIN code: a widely used verification method in this transport segment. The project revolves around a new application, Secure Container Release, which replaces the PIN code with a digital signal: a solution that is significantly less susceptible to fraud. It is not only intended to make container handling more efficient, but also safer. Participants in the three-month trial include CMA CGM…

Shipping Company Groningen (SCG) has contracted offshore internet services provider Castor Marine to install its Global 4G Connectivity package on all 30 of its vessels. With this, the coasters will have a fast, global 4G-LTE internet connection for its crews. On its fleet, SCG offers its personnel a Crew Welfare Zone with free internet within the 12-mile (4G) zone. To realize this, SCG wanted a plug-and-play, cost-efficient system that is always operational and doesn’t interfere with the crew’s activities.To make this happen…

Chinese ports are struggling to unload record volumes of crude with storage tanks full after the country rushed to buy extra barrels during April's oil price crash, according to traders and shipping data seen by Reuters.More than 80 million barrels of crude oil are currently waiting to be discharged from tankers in Chinese ports, Refinitiv Eikon data showed.Half of those are at the Qingdao port area in Shandong province, where the waiting time is two-three weeks or sometimes even longer…

Frensh shipping company CMA CGM Group has awarded SeaMar with a contract to act as its agent in Port of Amsterdam during the maintenance and repair project of their container ships CC Cayenne, CC Marseille and CC St. Laurent at Damen Shiprepair & Conversion starting end of June 2020.SeaMar said its team will support the containerships during their stay in Amsterdam with full agency and logistic services for both vessel and crew.The CMA CGM Group is a world leader in shipping and logistics. Its 502 vessels serve more than 420 ports on five continents around the world.

European short sea Ro-Ro specialist CLdN introduced a new call at the Port of Liverpool, opening a pure RoRo service in a triangle trade between Santander (ES), Liverpool (UK) and Dublin (IE).The new service will operate a weekly loop connecting Spain directly to the UK and Ireland. This will bring the total number of calls from Iberia to Liverpool to eight.Market uncertainty has presented a number of ongoing issues in the supply chain for business’s across the UK. Supply chains are having to develop new models of working in response to the demands placed on them.

Customs officials at Chennai, one of India’s biggest ports, have held shipments originating from China for extra checks, sources aware of the delays told Reuters, amid a backlash against China over a border clash in which 20 Indian soldiers died.The increased scrutiny on shipments from China at Chennai Port, which handles various cargo including automobiles, auto components, fertilizers and petroleum products, could disrupt supply chains.While there is no official order from the government yet…

Maritime cranes and equipment manufacturer Liebherr has developed a remote service tool aiming to improve assistance through visual information that ultimately leads to faster and easier troubleshooting.The service's launch comes as industry stakeholders increasingly turn to remote services and other digital offerings to help maintain operations amid travel restrictions in place due to the coronavirus pandemic.Features integrated into the newly launched remote service tool such as audio and video calls…

China’s Ministry of Finance said on Wednesday it would extend a waiver on port construction fees for imported and exported cargoes until the end of 2020 from June 30.The ministry will also extend a reduction in fees paid to the compensation fund for ship pollution until the end of this year.The move is part of Beijing’s efforts to help business resume amid the coronavirus pandemic and to shore up its export industry.(Reporting by Muyu Xu and Beijing Newsroom; Editing by Christian Schmollinger) 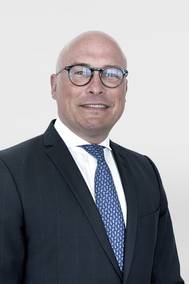 An Iranian ship was approaching the Venezuelan port of La Guaira on Sunday with a cargo of food that will supply the South American nation’s first Iranian supermarket, according to Refinitiv Eikon and Iran’s embassy in Venezuela.Iran supplied 1.5 million barrels of fuel to Venezuela last month amid a collapse of refinery operations and tightening sanctions by the United States that has made it more difficult for Venezuela to obtain fuel on international markets.The Iranian-flagged general cargo ship Golsan, owned by Mosakhar Darya Shipping Co, departed on May 15 from Bandar Abbas.

'Smart Port as a Service'

A new maritime digitalization solution aims to enable real-time communication and collaboration between sea, port and land logistics operators while providing a capabilities overview that helps users to improve the utilization of their resources. The newly launched Smart Port as a Service from Awake.AI is a real-time collaboration and situational awareness tool that uses artificial intelligence (AI)-based predictions to unlock smarter operational optimization for all maritime actors.

The Maritime and Port Authority of Singapore (MPA), Singapore Shipping Association (SSA) and Infocomm Media Development Authority (IMDA) have launched the Maritime Digitalization Playbook (MDP), to support maritime companies in accelerating their digitalization plans as the economy reboots and enters a new normal post-COVID-19.Senior Minister of State for Transport and Health, Dr. Lam Pin Min, said, “This pandemic has accelerated digitalization, regardless whether you are a multinational company or a local SME.