The Wuhan coronavirus outbreak has placed the shipping industry on high alert amid a rising death toll in China and reports that the fast-spreading illness is reaching new shores.The flu-like coronavirus, first identified in Wuhan, Hubei Province, China on December 31, has killed more than two dozen people in China and is believed to have infected more than 900 worldwide, according to several media reports. Cases have been confirmed in Beijing, Shanghai and Guangdong, and internationally in travelers returning from China to Japan…

Thailand-based Electricity Generating Public Company Limited (EGCO Group), has acquired a 25% ownership interest in Yunlin Holding GmbH, the developer of the 640MW Yunlin offshore wind farm project in Taiwan.The electric utility holding company said that its wholly-owned subsidiary Greenwing Energy B.V. entered into a share purchase agreement to acquire a 25% ownership interest in Yunlin Holding GmbH.”The transaction is expected to be closed in the 1st quarter of 2020, subject to completing all closing conditions including consent by Taiwanese authorities…

CMA CGM said on Friday it had finalized an agreement with China Merchants Port Holdings Co.

Canadian energy company Northland Power and the Japanese provides renewable energy project development services Shizen Energy have agreed to set up a joint venture to develop offshore wind projects in Japan.Under the terms of the agreement, the partners will establish a 50:50 joint venture (Chiba Offshore Wind Inc.), which will serve as the development vehicle for the projects. The joint venture is pursuing projects that have a combined capacity of approximately 600 megawatts…

Taiwanese ocean shipping company Yang Ming Marine Transport Corporation said that encouraged by the steady economic growth and foreign trade in between Indonesia, Singapore, Malaysia and Thailand, it  continues to enhance its Southeast Asia deployment with the new ITS service (Indonesia - Singapore/Malaysia - Thailand Service).The ITS service is set to be launched on November 12th, 2019, Yang Ming said.A total of three container ships with loadable capacity of 1,180 TEU each will be deployed for ITS service, of which one is contributed by Yang Ming.

Leading project heavy lift carrier AAL has completed the successful handling and transport of an impressive cargo of South Korean-engineered petrochemical plant components, from Pyeongtaek to Map Ta Phut. The units are to be installed at one of Thailand’s largest integrated producers of olefins and polyolefins - for industries like agriculture, automotive, building & infrastructure and medical - and comprised over 15,000cbm of individual items, the largest of which was a pressure…

Jacksonville Port Authority (JAXPORT) announced that it has achieved its best ever July container volumes, with overall container movements increasing 19% compared to the previous July.More than 116,000 twenty-foot equivalent units (or TEUs, the industry standard for measuring containers) moved through JAXPORT in July 2019, said Florida’s largest container port by volume.So far in Fiscal Year 2019, more than 1.1 million containers have moved through JAXPORT, an increase of 9 percent over the same period last year. The port’s fiscal year runs Oct. 1- Sept.

The Jacksonville Port Authority (JAXPORT) has achieved its best ever July container volumes, with total container movements increasing 19 percent over the previous July. More than 116,000 twenty-foot equivalent units (or TEUs, the industry standard for measuring containers) moved through JAXPORT in July 2019.So far in Fiscal Year 2019, more than 1.1 million containers have moved through JAXPORT, an increase of 9 percent over the same period last year. The port’s fiscal year runs Oct. 1- Sept.

Hapag-Lloyd launches new South East Asia to Australia Services // SEA and S2A to start in October.Hapag-Lloyd expands its Oceania product portfolio. During the month of October 2019 (week 43), two new services which will offer weekly direct sailings between Thailand, Malaysia, Singapore and Australia on top of our existing South East Asia Australia Loop 1 (SAL) will be launched.“Connecting via Singapore on our global mainline network, we will be able to offer increased sailing frequency to and from Australian ports…

New study finds port investments including Harbor Deepening have resulted in “significant” job growth over last five years.Cargo activity through Jacksonville’s seaport positively impacts tens of thousands of jobs and supports nearly $31.1 billion in annual economic output for the region and state, according to a newly released study. The study, citing double-digit growth in the port’s total economic impact over the last five years, was conducted by Martin Associates, a widely recognized maritime research firm.In the Jacksonville area…

APL, part of the CMA CGM Group, has announced the launch of the Bangkok Haiphong (RBH) service that will provide weekly connectivity between South China, Thailand and Vietnam.An express service from South China to Thailand, the RBH service will make an alternative sailing choice from Shekou to Laem Chabang. The service also offers shippers direct connectivity from Bangkok and Laem Chabang to Haiphong.The RBH service will begin sailing from Nansha on July, 3rd. The service will call at the ports of Nansha, Shekou, Bangkok, Laem Chabang and Haiphong.

APL has announced that the Japan Thailand Vietnam (JTV) service is extending its port rotation to the Philippines and within South China. The refined service will be calling three additional ports in Manila, Shekou and Nansha as part of its service rotation.The enhanced JTV service is primed to facilitate direct shipments from the load ports in South China to the Philippines, promising a fast 3-day Shekou-Manila transit time. The weekly service will also provide direct access to Laem Chabang in Thailand from Manila.

Qatar Petroleum (QP), a state owned petroleum company of Qatar, said that it had concluded a 10-year sales agreement to supply Thailand's SCG Chemicals with a total of 3 million metric tons of light naphtha starting from this month.The agreement was made for and on behalf of the Qatar Petroleum for the Sale of Petroleum Products Company (QPSPP), Qatar Petroleum said in a press release.This long-term supply agreement is the first QPSPP naphtha feedstock sale to an end-user in Thailand… 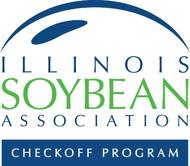 Demand for Box Shipping of Soybeans to Asia Grows

European logistics provider Rhenus Group has acquired South African freight forwarding and logistics specialist World Net Logistics (WNL).The takeover of the Johannesburg-headquartered firm WNL is still subject to approval by the relevant cartel authorities.In addition to having a dense network of business sites in South Africa, WNL also has several branches and partners in Asia and Germany.The acquisition by Germany’s Rhenus Group is the latest in a string of purchases around the world in the last few months alone…

Fakes Make Up 3.3% of Global Trade

Trade in counterfeit and pirated goods, mostly originated in China, has risen steadily, posing a major challenge in an innovation-driven global economy, revealed a new study.Trade in counterfeit and pirated goods has risen steadily in the last few years – even as overall trade volumes stagnated – and now stands at 3.3% of global trade, according to a new report by the Organisation for Economic Co-operation and Development (OECD) and the EU’s Intellectual Property Office.Trends…