Port of Salalah, the largest port in Oman, hit an all-time record container volume of 4-million TEUs in December 2019.Considering all services and volumes that were re-directed to other ports due to the impact of Cyclone Mekunu in 2018, the Port of Salalah has also achieved a 19% year-on-year volume growth, said a press note from the port, which is situated in the Dhofar Governorate, on the Arabian Sea which is on the northern part of the Indian Ocean.The concerted efforts of…

Kalmar, the provider of cargo-handling solutions and services to ports and terminals,  is delivering two rubber-tyred gantry cranes (RTGs) with hybrid drivelines for Exolgan S.A. container terminal in Buenos Aires, Argentina.The order that follows the delivery of four hybrid RTGs to the terminal this December, was booked in Cargotec's 2019 Q4 order intake with delivery scheduled to take place in late 2020, said a press release from the unit of Cargotec.The Exolgan terminal in Buenos Aires is a container-handling port terminal with strategic road, rail and river transport connections.

The provider of terminal operating system (TOS) solutions Tideworks Technology announced cooperation activity with Liebherr Container Cranes Ltd. (LCC), a manufacturer of container cranes, regarding their solutions to the container handling industry.According to a press note, this is Tideworks’ first cooperation with an equipment manufacturer and demonstrates a progression of its efforts to provide the global supply chain with next-generation TOS solutions and innovative options…

APM Terminals has confirmed that its new Vado Gateway terminal, located in the Vado Ligure Port Complex, North Western Italy, will be inaugurated on 12 December this year.With the placement of the terminal’s last caisson this week - an important milestone in the build - the commercial team have been actively engaging with the market. The launch commenced with an event at the Genoa Aquarium last month.Future services offered by the terminal were presented to key managers from the main Maritime Companies and Shipping Houses operating in the Italian market.Once operational…

The first vessel has successfully docked at Tema Port’s new MPS Terminal 3, Ghana, said a statement from APM Terminals.The container vessel will be used for training purposes over the coming weeks, to ensure that the terminal runs smoothly from day one, when operations begin later this month on June 28.Chartering the test vessel will cost around 250,000 Dollars. Over the coming weeks it will be used to run a full-scale test of the port and for final staff training.“When it comes to training…

The cargo handling solutions and services provider, Kalmar has concluded an agreement with Dublin Ferryport Terminals (DFT) to extend the Kalmar AutoRTG system at the terminal with two new AutoRTG cranes.The order was booked in Cargotec's 2019 Q2 order intake, with delivery of the machines scheduled to be completed during Q2 of 2020, Kalmar, part of Cargotec, said. Part of the container and terminal division of Irish Continental Group, DFT operates the most modern container terminal at Dublin Port, with an annual throughput of approximately 380,000 TEU. 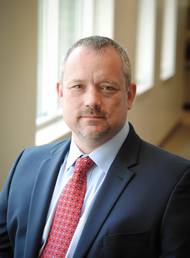 Navis, part of Cargotec, has acquired privately owned company Cetus Labs, Inc. in the US, a provider of a cloud-based terminal operating system (TOS) Octopi for small container and mixed cargo terminals. With the addition of Octopi to its software portfolio, Navis is better positioned to support thousands of smaller terminals around the world that are eager to modernise terminal operations, yet lack the technology infrastructure and technical expertise required to support a full-scale Navis N4 TOS deployment.Launched in 2015…

Kalmar, a provider of lifting solutions and part of Cargotec, has announced a further extension of its collaboration with world-leading global terminal operator DP World.A new fleet of Kalmar mobile equipment - 33 terminal tractors, three empty container handlers, three reachstackers and one forklift - will ensure safe and efficient operations at DP World's new deep-water port at Posorja in Ecuador. The order was booked in Cargotec's 2018 Q4 order intake, with delivery scheduled to begin during Q2 of 2019.

To address rapid increases in volumes APM Terminals Inland Services Ecuador introduced an accurate and reliable Truck Appointment System (TAS).This approach has already proved itself at other APM Terminals’ facilities, including neighbouring Peru. The system allows for much better co-ordination of arrivals and departures leading to significantly shorter wait times for trucks.The system now allows truck arrivals at the facility to be spread evenly throughout the day with a truck turnaround time of just 45 minutes. 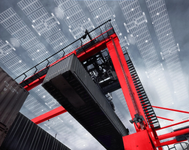 Kalmar won a tender to supply a complete AutoRTG system to Belfast Container Terminal (BCT) in Northern Ireland. The system will comprise eight automated rubber-tired gantry cranes (AutoRTGs) controlled by the Kalmar Terminal Logistic System (TLS) and new-generation remote control (RC) desks. The order was booked in Cargotec's Q4 2018 order intake, with delivery of the system scheduled to commence at the end of 2019.Belfast Container Terminal (BCT), the largest in Northern Ireland,  is owned by and located in Belfast Harbor and is operated under concession by Irish Continental Group.

Cargo handling solutions company Kalmar has signed an agreement with Exolgan S.A. to supply a total of four rubber-tyred gantry cranes (RTGs) with hybrid drivelines for its container terminal in Buenos Aires, Argentina."The order, which also includes the supply of a spare parts package for the machines, was booked in Cargotec's 2018 Q4 order intake with delivery scheduled to take place in late 2019," said a press release from Kalmar, part of Cargotec. The Exolgan terminal in Buenos Aires is a general cargo and container-handling port terminal with strategic road…

Kalmar, part of Cargotec, is to deliver two rubber-tyred gantry cranes (RTGs) to EUROGATE, Europe's leading shipping line-independent container terminal operator, for use in their Tanger S.A. terminal in Morocco.The order was booked in Cargotec's 2018 Q3 order intake, with delivery scheduled to take place during Q3 of 2019. The EUROGATE Tanger container terminal is conveniently located on the Strait of Gibraltar in Morocco, making it the ideal transhipment hub for the western Mediterranean…

Crowley Maritime Corp. on Saturday christened its Commitment Class combination container/roll on-roll off (ConRo) ship El Coquí, which is among the first of its kind to be powered by liquefied natural gas (LNG).The Jones Act compliant vessel is the first of two built as part of Crowley’s Commitment Class project and a key new component in the company’s supply chain transformation in the U.S. mainland-Puerto Rico trade. Sister ship Taíno is in the final phases of construction and testing at VT Halter Marine’s shipyard in Pascagoula, Miss.