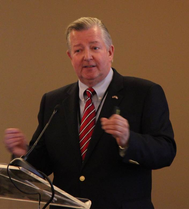 V.Group has appointed John Adams as managing director of V.Ships UK Ltd. Adams brings a wealth of experience from 30 years at Teekay Shipping, most recently holding the position of Managing Director, Glasgow and Chair of the Operational Leadership Team.In his time at Teekay, Adams played a key leadership role during Teekay’s growth, integrating acquisitions into the expanding fleet operations. He is also Chairman of Bahamas Shipowners’ Association and Vice Chair at the International Chamber of Shipping…

The adoption by the IMO of the International Code for Ships Operating in Polar Waters (Polar Code) makes it mandatory for ships sailing into Artic or Antarctic waters to demonstrate that extra precautions have been taken in relation to safety, protection of the environment and seafarer competence.In anticipation of the increase in maritime traffic in the polar regions both for leisure and commercial purposes, Stream Marine’s Technical Training division has developed the world’s… 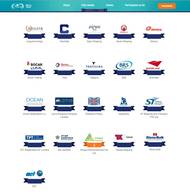 Mercy Ships Cargo Day, an annual event established by the worldwide shipping community in 2016, has announced a $1 million target goal for 2018.The event, held Oct. 3, provides the opportunity for the shipping and trading community around the world to donate 50 percent of its commission on cargoes (Mercy Cargoes) or to make a direct financial contribution to Mercy Ships. Mercy Ships operates the world’s largest private hospital ship, the Africa Mercy, staffed by volunteers who provide free life-changing surgeries in Africa.

KOTUG Australia and Teekay Shipping Australia Pty Ltd. have reached a deal to reshape KT Maritime Services Australia Pty Ltd. (KTM) from a 50/50 joint venture to a full subsidiary of the KOTUG group. KTM was incorporated in 2012 to serve the Australian towage market. Now, after several years of working with KOTUG to establish this business, Teekay will exit KTM to focus on its Australian ship management, crewing and consultancy businesses. The deal received unanimous approval from the boards of both parent companies and was executed in the first week of April 2018. 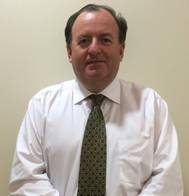 Over the July 2-3 weekend , 25 teams from companies across the maritime sector took part in the ultimate challenge, better known as the ‘24 Peaks Challenge’. In doing so, they succeeded in raising an incredible £110,000 ($146,000) in support of seafarers in need. The annual event is organized by the charity, Seafarers UK, and the teams and the 120 or so participants involved had to orienteer across the 24 highest peaks in the Lake District in 24 hours, with all the peaks along the way being over 2,400 feet.

Specialist liquefied natural gas (LNG) training and simulation provider GTT Training has been awarded a contract by Teekay Shipping to supply the G-Sim LNG simulator software into its training centers in Glasgow, Manila and Bahrain. The contract includes the development of a ME-GI propulsion configuration based on the Teekay LNG carriers that have recently entered into service. This new configuration will be in addition to the 16 LNG vessel configurations already available within the G-Sim simulator software.

Tug boat engineers at Port Hedland, Australia's biggest iron ore port, plan to stop work for four hours on Nov. 12 over a pay dispute, threatening exports from BHP Billiton and Fortescue Metals Group , according to tug operator Teekay Shipping. The Australian Institute of Marine & Power Engineers (AIMPE) has given notice of the stoppage, Teekay said, adding that it exempted towage already under way. AIMPE Federal Secretary Martin Byrne said the action was aimed at having "minimal impact" on the port's users and would take place in the morning during a low tide…

Negotiations continue between Teekay Shipping and unions representing tug crews at Port Hedland in a bid to resolve the issue of enterprise negotiation agreements, GAC said in its daily Hot Port News report. The Fair Work Commission has granted permission to the Maritime Union of Australia (MUA), the Australian Maritime Officers Union (AMOU) and the Australian Institute of Marine & Power Engineers (AIMPE) to hold protected action ballot orders. The MUA ballot will conclude today, May 12, and the AMOU and AIMPE ballots on May 30 and June 10, respectively.

The CIMAC World Congress on Combustion Engine Technology for Ship Propulsion, Power Generation and Rail Traction was held from May 13-16 in Shanghai. The Technical Program of this CIMAC Congress reflected a host of current hot topics, such as CO2 reduction or emissions. It consisted of 193 paper presentations, flanked by 68 poster presentations, from 20 countries – with strong participation from China. The huge amount of technical contributions was based on more than 400 abstracts which have been submitted to CIMAC in preparation of the congress, more than ever before.

Over the past 25 years KOTUG has been transformed from a European to a global player in the maritime industry. As a fast growing towage company KOTUG is expanding its innovative services to ports and terminals in Europe, West-Africa and Australia. With a young and powerful fleet of 40 tugs, KOTUG operates in a variety of markets, including towage services in ports and at sea as well to the salvage, offshore and dredging industry. KOTUG’s strategic objectives include expanding its global presence through strategic partnerships, acquisitions and organic growth.

Teekay Shipping Australia boosts towage services in Port Hedland to meet growing throughput at Australia’s busiest port. The 80+ tonne bollard pull tugs 'RT Rotation', 'RT Sensation' and 'RT Inspiration', supplied under contract from KOTUG International, will join three powerful Rotor®Tugs already operating in the port, which the mining industry now regards as the busiest in Australia. The Port Hedland Port Authority is forecasting an increase in throughput results from 247 million tonnes per annum (mtpa) in 2012, to nearly 500 mtpa by 2017.

FLAGSHIP, the Pan-European maritime transport project part funded by the EU, has successfully developed software that enables comprehensive suppression of audible warnings in order to avoid large cascades of alarms on the bridge and in the engine room. Called iCAS (intelligent Central Alarm System),  the system is designed to provide a precise overview of the situation on board as it develops while freeing up staff to address the situation and follow the vessel’s routines without disturbance. 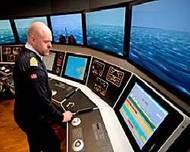 The Flagship maritime transport project has developed software that enables comprehensive suppression of audible warnings in order to avoid large cascades of alarms on the bridge and in the engine room. Known as iCAS (intelligent central alarm system), the system is designed to provide a precise overview of the situation on board as it develops while freeing up staff to address the situation. This element of the pan-European Flagship maritime transport project included both a…