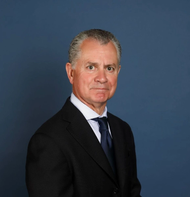 V.Group, a global provider of ship management and marine support services, has announced the appointment of Graham Westgarth as Chief Executive Officer. Graham has served on V.Group’s board since September 2018 and will take over from Ian El-Mokadem who has informed the Board of his desire to leave the company.Graham has a distinguished track-record in the maritime sector, having worked in the industry for almost 50 years. During his career, he has operated across almost all sectors and functions in the industry…

Teekay Changes Board of Directors

The marine energy transportation company Teekay Corporation and its associate company Teekay Tankers have announced changes to its Board of Directors.Teekay Corporation said that C. Sean Day, Chairman Emeritus and Director, Tore Sandvold, Director, and Peter S. Janson, Director, are retiring from the Board after a combined 50 years with the Company’s Board. Day will remain as a Director of Teekay GP LLC (the general partner of Teekay LNG Partners LP).William (“Bill”) P. Utt will be stepping down from his role as Chairman and Director of the Company and as a Director of Teekay GP LLC…

Teekay Offshore Partners L.P. announced today that David Wong will step down from his position as Chief Financial Officer of Teekay Offshore Group Ltd. to commence a new opportunity outside of the Teekay organization.Wong, who joined Teekay Corporation in 2009 and has served as Teekay Offshore CFO since 2015, will continue with the Teekay until August to assist with the transition while a search for his replacement is conducted.

Board Changes at Teekay Corporation

Teekay Corporation announced changes to its Board of Directors. Alan Semple has been appointed as the new Chair of the Audit Committee following the retirement of Eileen A. Mercier effective March 12, 2018. Semple joined the Teekay Board and its Audit Committee in 2015. He has over 30 years of finance and energy industry experience, including as Director and Chief Financial Officer at John Wood Group PLC until his retirement in May 2015. Semple currently also serves on the Board of Cobham PLC, where he is the Chair of its Audit Committee.

Pankaj Khanna has been appointed as President and Chief Executive Officer of Ocean Rig UDW, a global provider of offshore deepwater drilling services,  effective January 1, 2018. Khanna is 47 years old with 29 years of varied experience in the maritime & offshore industry. He last served as Chief Executive Officer of Pioneer Marine Inc, a drybulk company that he founded in 2013. Prior to his position at Pioneer Marine Inc Khanna served as Chief Marketing Officer at Ocean Rig UDW Inc. from January 1, 2012 to October 2, 2012. Mr. Khanna served as the Chief Operating Officer of DryShips, Inc.

Shuttle tankers are an alternative to subsea pipelines. Typically for large water depths. For harsh weather operation the use of shuttle tankers is a necessity. DNV GL has incorporated the latest findings related to their design, operation and safety in an updated shuttle tanker paper. Shuttle tankers transport crude oil from offshore oil fields to terminals where use of subsea pipelines are not feasible. Major deployment areas include the North Sea and the Brazilian offshore fields. The global fleet has been growing steadily for decades, comprising 88 ships by the end of 2016.

Teekay Tankers has agreed to acquire all the remaining issued and outstanding shares of Tanker Investments (TIL), in a share-for-share merger at an exchange ratio of 3.30 Teekay Tankers Class A common shares for each TIL common share. Teekay Tankers currently owns 3.4 million common shares, or 11.3 percent, of TIL. TIL's fleet consists of 10 Suezmax tankers, 6 Aframax tankers and 2 LR2 Product tankers with an average age of 7.3 years. Following the merger, Teekay Tankers' fleet will consist of 62 conventional tankers… 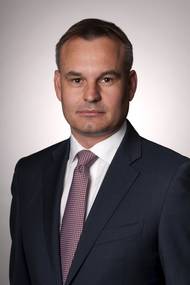 Hvid to Take Over as Teekay President and CEO

Teekay Corporation’s board of directors has elected Kenneth Hvid to succeed current president and CEO, Peter Evensen, who will retire January 31, 2017 after more than 13 years with the company. Hvid is presently serving as president and CEO of Teekay Offshore Group Ltd. “Kenneth Hvid is the natural successor to Peter Evensen as CEO of Teekay at this time,” said Teekay's Chairman, Sean Day. Hvid has served on the board of Teekay daughter companies, and has worked closely with all the business segments in Teekay in his previous role as Chief Strategy Officer.

International law firm Watson Farley & Williams LLP (“WFW”) advised long-standing client Teekay on the successful completion of financing initiatives for Teekay Corporation and Teekay Offshore Partners LLP (“TOO”). This included assisting TOO on US$400m of secured bank financing and the raising of US$200m in fresh equity capital along with the deferment of certain bond maturity dates, whilst parent company Teekay Corp completed US$350m of bank financing and raised a further US$100m in equity capital.

Moody's Investors Service confirmed the ratings of Teekay Corporation ("Teekay", or "Parent"): Corporate Family Rating ("CFR") at B3 and senior unsecured debt rating at Caa1. Concurrently, Moody's upgraded the Speculative Grade Liquidity rating to SGL-3 (adequate), from SGL-4 (weak). The ratings outlook is stable. This action resolves the review for downgrade initiated on 15 April, 2016. Speculative Grade Liquidity rating, upgraded to SGL-3 from SGL-4. The ratings outlook was changed to Stable from Rating Under Review.

Teekay Corporation announced today that Alan Semple and Bill Utt have each accepted an invitation to join Teekay's Board of Directors, effective immediately. Semple and Utt will replace William B Berry and Dr. Ian Blackburne who have announced their retirement from the Teekay Board after serving as Directors since 2011 and 2000, respectively. Semple brings over 29 years of finance and energy industry experience to the Teekay Board. He was formerly Director and Chief Financial Officer at John Wood Group PLC (Wood Group)…

Long-time Teekay leader David Glendinning, president of Teekay Gas Services, will retire December 17, 2015, after more than 28 years at Teekay. Stepping up to replace Glendinning is Mark Kremin, currently vice president in the same division, Teekay Corporation announced today. Kremin recently took over reporting line accountability for the Teekay gas operations team, and will complete the full handover of leadership accountabilities on Glendinning's retirement date. Glendinning joined Teekay in 1987 and has since held a number of senior positions…

Rig workers on two Norwegian oil fields plan to strike from June 25 unless a wage settlement with employers is reached during talks with a state appointed mediator, labor union Safe said on Thursday. 101 workers on the Petrojarl Varg vessel, which produces on behalf of Repsol and 88 people on the Petrojarl Knarr, producing for BG, will go on strike if the talks fail, it added. The negotiations between the unions and the Norwegian Shipowners' Association (NSA), representing the employers, are scheduled for June 24. Both vessels are owned by Teekay Corporation's Norwegian unit Teekay Petrojarl.

Three tugs of Fairmount Marine have towed the brand new FPSO Petrojarl Knarr from South Korea to Norway in just 61 days. Petrojarl Knarr, one of world’s largest floating production and storage units (FPSO) for harsh environments, was delivered in the port of Haugesund, Norway, September 16th 2014. The entire voyage was under command of lead tug master Kees de Graaff on board of the leading tug Fairmount Sherpa. The newly delivered FPSO Petrojarl Knarr is 256.4 meters long and 48 meters wide with a dwt of 135,000 tons.

Teekay Corporation and Teekay Tankers Ltd. announced that Bruce Chan, Chief Executive Officer of Teekay Tankers and President of Teekay Tanker Services, has informed the Company of his intention to resign from his position effective June 20, 2014 after more than 18 years of service with the Company. Peter Evensen, Teekay's President and Chief Executive Officer stated, "Bruce Chan has been a dynamic contributor to Teekay's growth and evolution over the past 18 years. He led our… 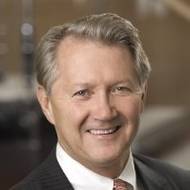 Clay Maitland, Chairman of the North American Marine Environment Protection Association, announced that Morten Arntzen will moderate the Risk Management panel at this year’s North American World Maritime Day Observance being held on October 30th aboard the Hornblower Infinity in New York. This annual event explores this year’s World Maritime Day theme of Sustainability and will include a risk management roundtable featuring industry leaders such as Peter Evensen of Teekay, Phillip Shapiro of Liberty Maritime… 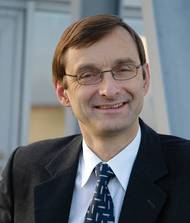 MAN Diesel & Turbo’s Thomas S. When TOTE Inc. ordered the world’s first LNG-powered containerships (which were honored last month in Oslo, winning the DNV-sponsored “Next Generation Ship Award”), industry excitement was palpable. For MAN Diesel & Turbo it served as a definitive launch point for its ME-GI Dual Fuel engine, which was soon followed with an order from Teekay LNG Partners to power a pair of LNG Carriers. MR had the opportunity to sit with Thomas S. Knudsen, SVP, Head of Marine Low Speed and CEO of Denmark…

The UK Club took part recently in the latest Connecticut Maritime Association (CMA) exhibition and conference at Stamford, CT. The UK P&I Club say that their stand at the expo was host to many of their members and friends from the North American maritime community and beyond. Each year the award of CMA Commodore is given to an individual for their contribution to the growth and development of the shipping industry. This year’s recipient was Mr. Peter Evensen, President and Chief Executive Officer (CEO) of Teekay Corporation (Teekay) .

Teekay Tankers orders 4 LR2 product tankships from STX Offshore & Shipbuilding with options for 12 more. The agreement is for STX of South Korea to construct four  fuel-efficient 113,000 dwt Long Range 2 (LR2) product tanker newbuildings for a fully built-up cost of approximately $47-million each. The agreement also includes fixed-price options for up to 12 additional LR2 newbuildings that can be declared over the next 18 months. Upon delivery, it is expected that the vessels will operate in Teekay Corporation's Taurus Tankers LR2 Pool…

Teekay Tankers Ltd. reports results for the three months ended June 30, 2012, pays out reduced dividend compared to Q1. In June 2012, Teekay Tankers completed the previously announced acquisition from [parent company] Teekay Corporation of 13 double hull conventional tankers, including seven crude oil tankers and six product tankers. "After the completion of our 13-vessel acquisition from Teekay Corporation in June, we continue to focus on managing employment of our significantly…

Award to be presented March 20, 2013 at the conclusion of the CMA's Shipping 2013 Annual Conference and Exposition. Mr. Peter Evensen, President and Chief Executive Officer (CEO) of Teekay Corporation (Teekay) has been named as the Connecticut Maritime Association (CMA) Commodore for the year 2013. Mr. Evensen follows a long succession of influential maritime industry leaders as Commodore. The 2013 Commodore Award will be presented to Mr. Evensen on March 20, 2013 at the Gala Dinner marking the conclusion of the annual Connecticut Maritime Association conference and trade exposition… 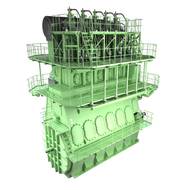 MAN Diesel & Turbo receives another order for the MAN B&W ME-GI dual-fuel, two-stroke, gas-injection engine. Teekay LNG Partners L.P. (Teekay LNG), an offshoot of Teekay Corporation, the international shipping group, has placed an order for two LNG carriers powered by 2 × 2 5G70ME-GI engines, including an option for three further ships. The propulsion solution Teekay has chosen is the most fuel-efficient, low-emission method available on the market. The ME-GI uses high-pressure…