The intergovernmental agreement signed between French and Italian States to establish Naviris, the joint-venture (JV) between the shipbuilders Naval Group and Fincantieri.This agreement makes the long term alliance launched by these two industrial Groups fully operational.The JV, owned equally by the two groups, will manage ambitious projects, including mid-term modernization of the Franco-Italian Horizon frigates, common R&D, export opportunities and the development of a European Patrol Corvette. “We welcome this intergovernmental agreement, which reinforces our joint-venture Naviris.

Maersk, a leader in integrated container logistics, has announced its partnership with BlackBuck, India’s largest online marketplace for trucking, to provide an online marketplace for containerized trucking in EXIM logistics in India.The Indian government has set ambitions to reduce logistics cost from 14% of the GDP to less than 9% by 2022. The new platform will be owned and operated by BlackBuck with Maersk supporting BlackBuck to develop compelling industry specific solutions.

Moving from smart talk to practical solutions and learning from other industries will be the twin themes of an industry event scheduled for Vancouver in March. Technology will be an enabler, but the maritime industry will have to be prepared to change its model to be a candidate for a smarter digital future. Meeting the real enterprise challenges blocking shipping’s digital journey is the focus for the Transas Global Conference 2018, whose ‘Enterprise Change’ agenda brings together global business leaders…

Europe to Build Ships of the Future

A new European research project seeks to revolutionize the shipbuilding sector by replacing steel with composite materials for the construction of more efficient large length ships. FIBRESHIP is an ambitious project that will allow for the construction of light commercial vessels, passenger and leisure transport and oceanographic vessels more than 50 meters in length using fibre reinforced polymer (FRP) composite materials. It is one of the largest innovation projects funded by the EU with a budget of €11 million, of which €9 million is funded by the EU’s Horizon 2020 Programme.

APL has announced its highest recorded fleet carbon dioxide emissions reduction of 48 percent in 2016, compared to its base level in 2009. Verified by Lloyd’s Register Group according to the Clean Cargo Working Group (CCWG) verification protocol and ISO14064-3:2006 standard, this achievement marks APL’s seventh consecutive year of improvements. “APL is pleased to register our best carbon reduction performance as yet, improving our fleet emission level by about 3 percent, versus our reduction in 2015.

Qatargas to Supply LNG to Shell

Qatargas and Shell have signed a memorandum of understanding (MOU) that will lead to the two companies jointly researching liquefied natural gas (LNG) logistics. Through this joint logistics research collaboration, Qatargas and Shell aim to develop new ways to optimize supply chains to deliver to LNG global markets. The research will be conducted at the Qatar Shell Research & Technology Centre at the Qatar Science & Technology Park. The MOU was signed by Faisal Al Suwaidi, Chairman and Chief Executive Officer of Qatargas Operating Company…

The Time to Digitize is Now -INTTRA

In a new whitepaper -- Blueprint 2032: How Technology Transforms Ocean Container Shipping - INTTRA, the ocean container shipping industry's largest neutral electronic transaction platform, reports that the pace of technology innovation is accelerating as businesses seek new and more efficient ways to optimize. "Digitization is now a competitive necessity," said John Fay, CEO of INTTRA. "We've reached a tipping point in the global shipping industry when information technology is now the primary means for CEOs and their companies to achieve and increase long-term profitability.

The Coast Guard Research and Development Center, in conjunction with the Department of Homeland Security, officially opened a joint research facility in a ribbon-cutting ceremony at the R&D Center’s offices located at Fort Trumbull. The Science and Technology Innovation Center is a collaborative effort between DHS Science and Technology and the Coast Guard R&D Center dedicated to leveraging innovation, prototyping and rapid integration of high technology solutions to answer the operational challenges of the Coast Guard and DHS.

How Japan Can Lead the Marine Renaissance

Being an island nation, Japan is inevitably dependent on seaborne trade. Over time, this has led to it becoming a strong player in the global maritime market. Japan’s shipbuilding pedigree has gained the country a foothold in LNG carriers, dry bulk cargo barge and pure car truck carriers (PCTC). While Japan is still a significant player, large-scale investments made by the Chinese and South Korean governments in the 1980s pushed them ahead. Japan’s energy market is also going through a period of change.

The International Association of Classification Societies is pleased to announce the release of the 2016 edition of its IACS Blue Book. The latest release of the Blue Book package continues to enhance IACS technical support to the shipping industry through our work and investment in technology, innovation, research and development both at the classification and statutory levels. The Blue Book is an electronic library of technical resolutions adopted by IACS as a result of its…

EMC earned recognition from the U.S. Patent and Trademark Office (U.S. PTO) with its latest patent - US 9,130,644 B2 - for a power booster that improves efficiency and performance of connectivity links with Medium Earth Orbit (MEO) satellite networks operating in the Ka- and Ku-band frequency ranges. “We developed this MEO Booster to manage the seamless switchover between MEO satellites as they move across the sky from horizon to horizon,” said Federico Fawzi, vice president of advanced engineering, EMC.

BMT Nigel Gee (BMT), a subsidiary of BMT Group, has announced the completion of new offices in Southampton in order to meet a large increase in design work. Operating across four principal market sectors, the naval architectural practice delivers design and engineering services for specialised vessels in the commercial, yacht, defence and offshore energy markets. With 62 live projects, BMT has made an exciting start to 2015. Current contracts equate to a total vessel length of nearly 2600m, with projects spreading across 13 countries, over three continents.

As part of a new blue tech vision that will create more maritime jobs for the San Diego region, Mayor Kevin L. Faulconer and County Supervisor Greg Cox today proposed an initiative that was jointly approved by the City of San Diego and County of San Diego to help give San Diego’s blue economy a boost by creating a blue tech incubator. Mayor Faulconer said, “Thanks to our fast-growing blue-tech economy, San Diego has yet another opportunity to be a global leader in technology and innovation.

VidSys has announced  that the Board of Directors has named company Founder and Chief Technology Officer James I. Chong as the new Chief Executive Officer. “With a unique combination of technology expertise, product strategy, and business acumen, James will bring exciting change and tremendous impact to the business,” said Pete Correll, VidSys Chairman of the Board. In the coming months, Chong’s focus will be expanding the current VidSys capabilities to meet the growing market…

Drydocks World the international service provider to the maritime, oil, gas and energy sectors has received the Shipyard/Ship Repair Facility of the Year and the Technology/Innovation Awards for the Modular Capture Vessels(MCV’s) project at the Maritime Standard Awards. The winners were announced at a prestigious awards ceremony on November 6th 2014 at the Atlantis hotel in Dubai. The awards sought out best-in-class organizations, projects, employee safety milestones, goals and safety awareness in the workplace. 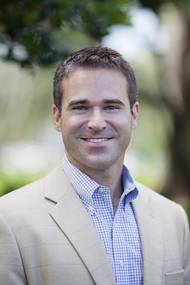 MTN Communications (MTN) is building a business development and technical team in Houston in response to 20 percent year-over-year growth in oil and gas vessels served, the company said. “Building our Houston team is one more investment in the oil and gas sector as we serve an unprecedented number of the most data-intensive customers in the industry,” said Errol Olivier, MTN CEO and Oil & Gas industry veteran. “Our customers tell us they sought out MTN for our extreme reliability, technology innovation and leading customer service.