Swire has installed FuelTrax Vision, a new onboard surveillance system.Swire Pacific Offshore, a marine services conglomerate and a leading service provider to the offshore oil and gas industry currently operates six vessels with FuelTrax on board, two of which have been installed with the latest FuelTrax Vision technology. The two FuelTrax Vision systems have been preforming without disruption since December 2018.FuelTrax is designed to be a smart, self-contained, marine fuel management solution… 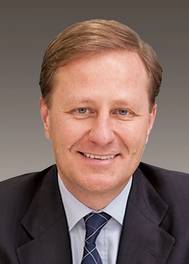 Drydocks World launches an Anchor Handling Tug Supply vessel (AHTS) built at its Singapore facility in Tuas basin for Swire Pacific Offshore. The ABS-classed vessel has a bollard pull of over 200 tonnes, and is powered by four engines combined with an azimuth thruster and four tunnel thrusters. Equipment includes a Main Towing Winch, CHDs and secondary winches with an Anchor Recovery Frame for meeting Anchor handling requirements. The vessel was designed by ‘Havyard Design AS’ and can accommodate 37 people. 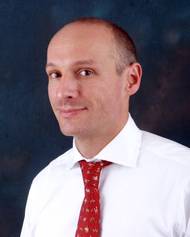 Jaya Holdings appoints George Horsington as the company’s first President for Business Development. Jaya Holdings is a leading Offshore Energy Services Group, headquartered in Singapore. The Jaya Group provides a wide range of services and solutions to the offshore oil and gas E&P domain. Mr Horsington, 38, is set to join Jaya on September 6, 2012 after more than 10 years in various senior management positions with Swire Pacific Offshore Operations. The new position is an executive…

Samsung Heavy Industries won an order to build Pacific Orca in July 2010. Pacific Orca is 161m long, 49m wide and 10.4m high, and as the world’s largest wind farm installation vessel, it is capable of transporting and installing 12 units of 3.6MW. It also allows installation of wind farms to a depth of 60m, which is the deepest in the world, as well as the installation of ultra-large wind farms with a capacity of 10MW or higher, which are being developed in the industry to meet the demand for larger wind farms.

Singapore Technologies Engineering Ltd (ST Engineering) reports that its marine arm, ST Marine, has won two shipbuilding contracts worth about $60m from Swire Pacific Offshore Operations (Pte) Ltd (SPO), a wholly owned subsidiary of Swire Pacific Limited. These contracts to build and outfit two Anchor Handling Tug Supply (AHTS) vessels, measuring 92m by 22m, are in addition to the existing shipbuilding contract with SPO, announced in June 2011 for four AHTS vessels. For these contracts, SPO will supply a larger proportion of the major equipment for ST Marine’s integration and installation.