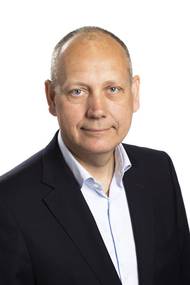 P-O Sverlinger was named CEO of MMT Group. Sverlinger comes from the management consultancy firm Triathlon Group, where he is one of two founders, as well as CEO.During his time at Triathlon, the firm has grown into a sizeable, stable and successful international Management Consultancy with a client base in large and medium sized Nordic industrial companies. He is well acquainted with the operations of consultant firms and emphasizes the importance of good customer relations and skilled, enthusiastic employees.Sverlinger holds a M. Sc. degree in Civil Engineering and has a Ph.D.

EXPERTS from navies, academia and industry are meeting in Tokyo to examine the unique challenges of operating in the littoral or coastal environment. The Littoral OPTECH East workshop is being held in Tokyo, Japan this week with the academic leadership of the Littoral Operations Center (LOC) at the U.S. Naval Postgraduate School in Monterey, California. OPTECH East has the support of the U.S. Office of Naval Research Global, and with the participation of the Japan Maritime Self-Defense Force, Swedish Navy and the defense company, Saab. Vice Adm. Joseph Aucoin, who commands the U.S.

The unknown foreign vessel the Swedish Navy searched for near Stockholm last autumn was actually a “workboat,” Sweden's Armed Forces have now said. The story of the suspected submarine spotted in the Stockholm archipelago a week after Sweden's extensive hunt for Russian underwater vessels last autumn has been hitting headlines in all media. “Analysis revealed that the photograph taken in Stockholm’s inner archipelago was of a smaller boat,” Grenstad said. The Swedish Navy changed…

14 Indian seafarers are now safe, after pirates, who took control of their cargo vessel were hounded away by a EUNACFOR warship. This type of cargo vessel, known as a dhow, has been used in the past by pirates as a ‘mother ship’, to enable them to sail far out to sea to attack passing merchant ships. The master of the Indian dhow had sent out an alert yesterday morning, saying that it was under attack from 12 armed pirates. Upon hearing the alert, Royal Swedish Navy warship, HSwMS Carlskrona…

Fourteen Indian sailors are now safe, after pirates, who took control of their cargo vessel yesterday morning, June 5, in the Gulf of Aden, abandoned the attack hours later after EU Naval Force warship HSwMS Carlskrona, together with NATO counter piracy Dutch warship HNLMS Van Speijk, closed in. This type of cargo vessel, known as a dhow, has been used in the past by pirates as a ‘mother ship’, to enable them to sail far out to sea to attack passing merchant ships. The master of the Indian dhow had sent out an alert yesterday morning, saying that it was under attack from 12 armed pirates.

Transas Marine has received an order to supply its Navi-Sailor ECDIS systems to the Swedish Armed Forces. After an extensive evaluation, the Swedish Defense Material Administration (FMV) has selected Transas to implement ECDIS on board of eight Swedish Armed Forces vessels. The project is the first in the series to implement ECDIS across the Swedish Navy fleet. Transas will supply Dual Navi-Sailor 4100 ECDIS with Radar overlay, including full project management, integrated logistics support and system safety process implementation.

The Singapore Navy's second 'Archer-class' submarine 'RSS Swordsman'  returns to Singapore after upgrading. The Republic of Singapore Navy's (RSN)  Archer-class submarine, RSS Swordsman, has arrived at Changi Naval Base (CNB) from Sweden. Chief of Navy, Rear-Admiral Ng Chee Peng, and other senior naval officers were present at CNB to witness its return. Launched in Karlskrona, Sweden, on 20 October 2010, RSS Swordsman is one of two ex-Royal Swedish Navy Västergötland-class submarines that Singapore acquired in 2005.

During November and December 2011 the Swedish Navy received the last two of four state of-the-art AUVs (Autonomous Underwater Vehicles) from the Danish company EIVA a/s. The AUVs are equipped with advanced sensors in the form of sonars and underwater cameras and they are designed to operate autonomously underwater following a mission route planned ahead. There is a multitude of purposes for which the AUVs can be used. For instance mine detection, visual inspection of the seabed, location of mission objects etc.

Northrop Grumman Corporation (NYSE: NOC) has won a contract to upgrade the inertial navigation systems (INS) for the Swedish navy’s submarines. Under the contract, awarded by Kockums AB, Northrop Grumman’s Sperry Marine unit will supply five MK 39 Mod 3C ring laser gyro systems for installation on two Gotland-class and two Södermanland-class submarines, with one set to be used for spares and training. The MK 39 Mod 3C systems will replace the existing spinning mass gyrocompasses currently fitted on the submarines.