Industry veteran T.J. Tracy has been named Director of the Marine Division at Viega LLC.Tracy is charged with further developing the company’s fast-growing marine division. Viega offers a full line of fittings and valves designed specifically for joining pipe systems on board military vessels, commercial vessels, oil platforms, cruise ships and mega yachts. Tracy has spent his entire career in the maritime industry. Prior to joining Viega, he was vice president of sales and marketing…

Nadia Delaoutre-Pollato, the recently appointed general manager of SurvitecZodiac at Chevanceaux, France, has announced the completion of a major factory modernization. Located in the heart of France’s cognac-growing region, the factory is the principal manufacturer of large escape slides and life rafts for Survitec Group. Nadia Delaoutre-Pollato was promoted to the position of general manager from her post as financial director and is now responsible for an important element in the Survitec Group’s product portfolio.

In recent weeks, Survitec Group, a provider of safety equipment to the commercial marine market, has appointed Ross Wilkinson as Managing Director of the Group’s U.K. Services and Distribution business. Wilkinson was formerly Managing Director of Survitec Group's Crewsaver business . He has leadership experience in the global marine and leisure industry, having worked in the sector for over 18 years. Before joining Survitec, Wilkinson was General Manager and Maritime Business Unit Manager at Orolia Limited.

Two safety and survival systems developed for use in the UK’s offshore sector by the Survitec Group were recognised for their industry-leading importance when they won the Safety Innovations Award in the recent Offshore Achievement Award organised by the Society of Petroleum Engineers (SPE). The Safety Innovations Award recognises excellence in innovative technology and products that have been developed in the UK and which contribute to offshore safety. In particular, it looks at how they contribute to the overall objective of improving individual…

1st lifejacket for Working at heights

The first lifejacket custom-designed specifically for offshore personnel carrying out rope access or work at height has been developed by Survitec Group, the leading provider of survival and safety equipment to the offshore industry. The jacket, which has been designed in conjunction with leading offshore operators, incorporates a number of safety features which include minimising the risk of accidental deployment. Trialled successfully both on and offshore to work in conjunction with a fall arrest harness…

Ross Wilkinson has joined Survitec Group to play a role in promoting worldwide sales growth and developing and maintaining an effective sales distribution and service network for the Crewsaver Commercial and Leisure ranges. Wilkinson joins Survitec from Orolia Limited, where he was General Manager and Maritime Business Unit Manager. Ross also spent twelve years with Navimo, firstly as Director of Sales and then as General Manager of Navimo UK. survitecgroup.com

Latest version of the SurvitecZodiac MIS MES escape slide & liferaft system is fitted to the new ferry 'Uraniborg'. The Uraniborg, owned by Ventrafiken, was recently completed at the Hvide Sande shipyard in Denmark and has just entered service between Landskrona and the island of Ven located in the Oresund between Sweden and Denmark. The new ferry is fitted with two SurvitecZodiac escape slide systems that each contain two 151-person open reversible liferafts. The deck installations are the first to feature a soft fabric cover that protects against the weather and ultra-violet light… 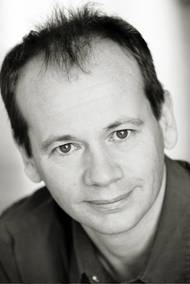 Crewsaver, a manufacturer of lifejackets and water-sports equipment, has appointed David Ellis as its new Sales & Marketing Director. The high profile appointment will strengthen the Gosport-based business as it seeks to take advantage of new opportunities to develop the Crewsaver, YAK and CSR brands as part of the global Survitec Group.Parent company Survitec Service & Distribution (SSD) believes David's experience and track record in driving sales, implementing creative marketing strategies and launching new product lines will help take the Crewsaver business to a new level.