The Defense Advanced Research Projects Agency (DARPA) will launch in April a sleek, 132-foot warship from Portland, OR, testing its abilities over a succeeding period of 18 months. The ship is entirely autonomous, fully operational without an onboard crew. The Anti-Submarine Warfare Continuous Trail Unmanned Vessel, or ACTUV, is scheduled to be launched April 17 from the Vigor Shipyards in Oregon. The ACTUV will continue sea-trials for 18 months following its maiden voyage, where it will be tested for its long-range tracking and self-driving functions.

The UK’s logistics industry has welcomed the opening of a new deepwater terminal at the country’s busiest container terminal, which is capable of handling the latest generation of container vessels. The Felixstowe South Terminal will comprise two berths – 8 & 9 – and its owner, Hutchison Ports UK , claims it is currently the only facility in the country capable of handling the latest generation of containerships, which have capacities of up to 18,000teu. Graham Riches, Managing Director, DSV Air & Sea, said: “The opening of this new terminal is great news for the whole of the UK.

Academic publisher, McGraw-Hill Education, has appointed SBS Worldwide as its freight forwarder and supply chain partner of choice for all inbound air and sea consignments. SBS will manage the logistics of cargo being delivered to the McGraw-Hill Education EMEA headquarters in Maidenhead, Berkshire, which will include inbound shipments from a diverse range of locations, such as USA, Australia, Hong Kong and Singapore. The company will also facilitate a drop shipment service for direct delivery to customer publishers and their respective freight shippers.As part of the agreement… 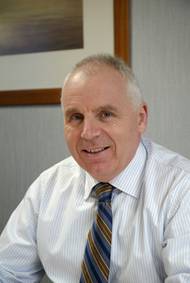 Logistics company SBS Worldwide worked tirelessly through the weekend to maintain its clients’ supply chains as the devastating hurricane Irene battered the US north east. Early on Monday morning, SBS Worldwide’s New Jersey office was “open for business as usual”, after airports and seaports were closed and road infrastructure was reduced to a honeycomb of flowing water, trees and mud as Irene hit the US east coast over the weekend. SBS Worldwide US MD Lars Kloch says preparation is key to ensuring that disruption to its clients’ supply chains is kept to a minimum at times like these.

Philip Brown, who has worked in the logistics and freight forwarding industry for over 20 years, has been appointed UK Managing Director for SBS Worldwide. Steve Walker , Group Chairman said ‘  This completes  our senior management appointments that will see our change from an A2B forwarder to a Supply Chain driven model, with Phil’s expertise allied with our consultative brand Virtualized Logistics leading the drive’. Philip Brown joins SBS from NYK Logistics Europe where he was a Director.