The Norwegian Petroleum Directorate (NPD) has announced the appointment of Ingrid Solvberg as Director for the Norwegian Sea and Barents Sea, replacing Bente Nyland.According to a note from NPD, Sølvberg was appointed by the King in Council on 11 October. The Ministry of Petroleum and Energy has not yet set the date for the transition.The director general position in the NPD is posted as a fixed term engagement of six years, with the option of an additional six-year period. Bente… 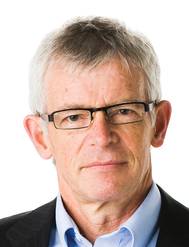 Norwegian oil and gas major Equinor, formerly Statoil, is acquiring the Danish energy trading company, Danske Commodities for EUR 400 million (USD 470 mln). "Equinor has reached agreement to buy 100% of the shares in Danish energy trading company Danske Commodities (DC) for EUR 400 million, with smaller contingent payments depending on DC’s performance over the next couple of years," said a press release from the company. This acquisition – of one of Europe’s largest short-term electricity traders – supports Equinor’s development towards becoming a broad energy company.

Mitsui O.S.K. Lines (MOL)  announced that MOL and Mitsui & Co have entered into a share purchase agreement to acquire shares in AKOFS Offshore AS, which is owned by Akastor ASA, Norway. After in-kind contribution of the company of owner and leasing the subsea support vessel, Skandi Santos, which MOL, Mitsui & Co., and AKOFS are jointly operating since November 2016, MOL's acquisition amount will be about JPY 8 billion. MOL's acquisition of shares in AKOFS means MOL will become more deeply involved in the operation and ship management of subsea support vessels…

Pipetech strengthened its senior management team with the appointment of Frank Andersen as general manager Scandinavia. Andersen, who brings more than 10 years oil and gas experience to Pipetech, will be based at the firm’s Stavanger hub. He joins the company from GS-Hydro Norge AS where he most recently held the role of business development manager and key account manager. Previous to this, Andersen worked in various sales and management positions at three different IKM companies.

Norwegian oil major Statoil has declared a one-year option for the Platform Supply Vessel (PSV) Viking Energy from April this year, in direct continuation of current contract. Eidesvik said on Monday that Statoil exercised a one-year option for Viking Energy. The extension is set to begin in April this year. The vessel will be prepared for shore power, and equipment for better fuel consumption measurement will be installed. Viking Energy was the world's first LNG-powered offshore vessel when it was launched in 2003.

Norwegian police have launched an investigation into a hydrogen gas leak at Statoil's Mongstad refinery in October 2016, the company said on Friday. Statoil temporarily shut and evacuated its main refinery on Norway's west coast when a rusted pipe socket ruptured. The firm's own investigation found the resulting leak was caused by insufficient maintenance and a poor understanding of risk. While nobody was injured, the leak could have been fatal if the gas had ignited, Statoil's probe concluded. "The October 2016 leak is being investigated by police and ...

Petróleo Brasileiro SA (Petrobras) has announced its intention to join the Oil and Gas Climate Initiative (OGCI). The company revealed that its CEO, Pedro Parente, has signed a letter of engagement so that the company can become an effective member of the voluntary initiative, which aims to lead the industry response to climate change. The OGCI is the CEO-led grouping of oil and gas companies that intends to lead the industry’s response to climate change, pooling knowledge and collaborating on action to reduce greenhouse emissions.

Subsea 7 S.A. said it was awarded a contract from Statoil for the Johan Castberg field development, located 240 km from Hammerfest in Norway. The contract comprises the design, coating, fabrication and installation of a 53 km rigid flowline including 34 km of pipe-in-pipe flowline. Project Management and engineering will commence immediately at Subsea 7’s offices in Stavanger, Norway. Fabrication will take place at Subsea 7’s spoolbase at Vigra, Norway and offshore operations will be carried out in 2020.

Solstad Farstad ASA (SOFF) has entered a Bareboat contract with Bahia Grande LN S.A for the CSV "Normand Commander” for operation in Argentina. The contract period is 5 years firm with further 1x3 years option, commencement of the contract is February 2018. The commercial terms are confidential between the parties. Last month, Petróleo Brasileiro S.A extended the present contract for RSV “Far Swift” with approximately 1 year, in direct continuation of present contract. Contract is now firm until 4q -2018.

Dynagas LNG Partners has announced that a Partnership has entered into a new three year charter agreement with Statoil ASA (Statoil) for the employment of the Arctic Aurora, its 2013-built, 155,000 cubic meter, tri-fuel diesel engine, ice class liquefied natural gas (LNG) carrier. The Arctic Aurora is currently, and has been since 2013, on charter to Statoil. The Extended Charter is expected to commence in the third quarter of 2018 in direct continuation of the Current Charter…

Global ship management company OSM Maritime Group said it has been awarded full crew management of Lauritzen Kosan’s entire fleet of liquefied gas tankers, including 26 refrigerated ethylene, semi-refrigerated and pressurised gas carriers. OSM’s focus on the provision of personal service and expert seafarers, combined with delivering business efficiencies and economies of scale, has seen the company grow considerably in 2017. This latest contract ranks as its largest individual win of the year, bringing the number of vessels OSM provides services to far beyond the 500 mark.

Gas4Sea partners - ENGIE, Mitsubishi Corporation and NYK - have been selected by Norwegian multinational energy group Statoil to be their liquefied natural gas (LNG) marine fuel supplier in the port of Rotterdam, in the Netherlands, for four crude shuttle tankers. The four planned dual fuel vessels are to come into service in early 2020 and will be operated by Statoil in Northern European seas. Gas4Sea will supply LNG using the ENGIE Zeebrugge which started operations earlier this year.

Montrose Port Authority said it has supported its first project within the offshore renewable sector, heralding a new era of capabilities for the energy industry support and service hub. In association with NorSea Group (UK) Ltd, a subsidiary of Norwegian logistics company NorSea Group AS, the port is participating in the Hywind Scotland offshore wind project. The four-week campaign consisted of five port calls for anchor handling tug supply vessel, the Normand Prosper. After loading chain and mooring equipment to the vessel…

Classification society DNV GL said its surveyors have carried the group’s first offshore drone survey on the semisubmersible vessel Safe Scandinavia in the North Sea. The 25,383 GT tender support vessel (TSV) Safe Scandinavia is owned and operated by Prosafe, supporting Statoil’s drilling operations off the coast of Norway. Using camera-equipped drones, DNV GL’s drone pilots checked the TSV’s fairleads and their connection with the vessel’s two columns as part of the intermediate survey.

Norway's trade balance turned negative for the first time in 19 years in June as imports of foreign-made aircraft and oil and gas platforms outweighed exports from the country's petroleum industry. The Nordic country has been running a trade surplus for nearly two decades as the revenues from its exports of oil and gas have amply covered its import needs. Norway is western Europe's largest crude exporter. In June the country posted a trade deficit of 0.8 billion Norwegian crowns ($97 million) against a surplus of 7.8 billion crowns in May, Statistics Norway said on Friday.

Stausholm Resigns from Statoil Board

Maersk Drilling, a unit of Danish conglomerate A.P. Moller-Maersk, will cut up to 140 jobs in Norway due to lack of work for two rigs, the drilling company said. The jack-up rigs Maersk Gallant and Maersk Inspirer are expected to have finished their jobs in August and December respectively and negotiations are under way with the employees' union, a spokeswoman said. Maersk Galant is currently hired by France's Total while Maersk Inspirer is hired by Norway's Statoil. The job cuts correspond to four percent of Maersk Drilling's total workforce.