Commodities trader Trafigura Beheer has become the first company to offer a defined Covid premium on an Asian syndicated loan, paying up to an extra 20bp all-in on its latest US$1bn-equivalent financing.The novel pricing structure is a first for Asia, if not globally, and could set a precedent for other price-sensitive borrowers looking to limit the long-term effects of the pandemic on their funding costs.Without the Covid premiums, the terms of Trafigura's new deal are little…

Port operator DP World has hired banks to arrange a series of investor meetings ahead of a potential issue of 10-year U.S. dollar-denominated sukuk, or Islamic bonds, a document issued by one of the banks leading the deal showed.DP World, majority owned by the Dubai government, mandated Citi, Dubai Islamic Bank and Standard Chartered to arrange the meetings to be held in Hong Kong, Singapore and London, starting on Wednesday July 10.The three banks, together with Barclays, Deutsche Bank…

Port operator DP World Plc will buy Topaz Energy and Marine Limited for $1 billion from Standard Chartered and Renaissance Services, DP World said on Monday.Topaz is a provider of marine logistics to the global energy industry. The deal is the latest in Asia-focused lender StanChart's efforts to sell its private equity business as part of a broader shift away from direct investing.Reporting By Lawrence White

Dubai port operator DP World has repriced and extended the maturity of a $2 billion "green" loan comprising conventional and Islamic revolving credit facilities, Standard Chartered said.A total of 19 banks provided the facility, which was extended by two years and was now due in 2023, said the bank which is coordinating the transaction.The loan pricing is linked to DP World's carbon emission intensity as a way to incentivize the company to reduce its greenhouse gas emission. (Reporting by Davide Barbuscia Editing by Edmund Blair)

Acquiring ships from financially troubled shipping companies will remain one of the mainstay jobs handled by South Korean finance house Korea Asset Management Corporation (KAMCO) next year, reports Korea Times. The company has bought 33.3 billion won worth of assets from two SMEs in the January-October period and plans to acquire assets valued at 40 billion won from two to three SMEs by December, a move to give relief to financially troubled companies, KAMCO Chairman Hong said in a press conference on Dec. 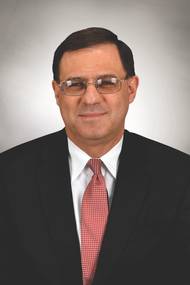 ABS announced its participation in the World Shipping (China) Summit 2015, November 5-6, in Guangzhou, China, where ABS Senior Vice President and Chief Technology officer Howard Fireman spoke about changes in the global shipping industry. In his presentation in the morning Shipping Outlook Session on  November 6, Fireman shared his view of the issues industry will be addressing over the next few years. "Nobody can deny we are navigating through a challenging period in our industry," he said, "and this scenario will likely continue for some time.

Jay Daga has been named Chief Financial Officer of Topaz Energy and Marine, an international offshore support vessel owner with operations in the Middle East, Caspian and West Africa. Daga will take his position with immediate effect, having been with Topaz for 15 years in a number of finance positions, most recently as Deputy CFO. Topaz noted that Daga led its two latest capital raising initiatives being the company’s $350 million corporate bond issue in 2013 and its recent $75 million equity injection by Standard Chartered Private Equity.

BOURBON completes vessel sales to ICBC Financial Leasing and Standard Chartered Bank and announces new sale and bareboat charter agreement with Minsheng Financial Leasing Co. BOURBON has completed the transfer of ownership under the agreements with ICBC Financial Leasing (ICBCL) and Standard Chartered Bank (SCB) as part of the sale and bareboat charter agreements signed in 2013, the company announced today. During 2014, the ownership of 25 vessels was transferred to ICBCL in accordance with the agreement signed in April 2013.

Keppel DC REIT Management Pte. Ltd., a wholly-owned subsidiary of Keppel Telecommunications & Transportation Ltd has received overwhelming demand from institutional and retail investors for its initial public offering of 261,138,000 Units. The Offering comprised an international placement of 207,375,000 Units1 to investors, including institutional and other investors in Singapore (the "Placement Tranche"), and an offering of 53,763,000 Units to the public in Singapore (the "Public Offer").

Pacific Drilling S.A. sign a $1 billion senior secured credit facility agreement to finance construction of the Pacific Sharav & Pacific Meltem. The term loan made pursuant to the credit facility will have a maturity of 5 years from the delivery date of the Pacific Meltem. A portion of the funding will be provided before delivery of the vessels, with all drawdowns from the facility subject to satisfaction of customary conditions precedent. The transaction was led and structured by Citibank and DNB…

Singapore state investor Temasek Holdings said on Monday that Peter Robert Voser, former chief executive of Royal Dutch Shell, will join its board in January 2015. Voser stepped down as Royal Dutch Shell CEO in December. He is the second high-profile executive the fund has appointed since it brought in former World Bank president Robert Zoellick as a board member last year. Temasek also said that Robert Ng, chairman of Hong Kong-based property firm Sino Group, and Bobby Chin, a retired managing partner of accounting firm KPMG Singapore, will join its board from Tuesday.

Foreign players continue to dominate several segments of the Indian maritime industry: from salvage to dredging, chartering to ship management and ship manning, to name but a few. And the list of foreign firms setting up shop in India is growing as the country is hurriedly putting in place the required infrastructure to meet the huge demands of India’s growing international trade. Globally, India is the 7th largest country in area, 2nd in population and 11th in GDP, with the expectation that it will ascend to the top five in GDB by 2020.

The International Shipping Strategic Development Forum met in Shanghai for wide-ranging discusion on the shipping industry. With high profile support from the Lord Mayor of London David Wooton who opened the forum, the event was attended by 450 and brought together some of the UK’s leading maritime professionals and China’s shipowners and charterers. Economic outlook: Standard Chartered China Chief Economist Shen Lan gave a modest assessment on global economic outlook. She predicts China’s economy will grow 7.7% in 2012 and slightly pick up to 7.8% in 2013…

“Sequentially, the first quarter saw a contrast in results between different segments, with satisfactory performance in shallow water and weaker performance in deepwater and crewboats. In subsea, activity was supported by a utilization rate of more than 94%,” said Christian Lefèvre, Chief Executive Officer of Bourbon. “Sequential revenues were impacted by seasonal effects while year on year results were impacted by foreign exchange rate movements. Quarterly revenues rose 7.9% (at constant rates) partly due to a 7.1% increase in the size of the fleet, the company said.