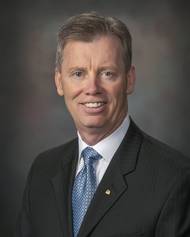 A fire in the hold of a bulker ship on Monday briefly closed Australia's Port Kembla, the second-largest coal export port in New South Wales state, stopping shipping for eight hours.The port was shut soon after the blaze began before dawn on the MV Iron Chieftain as it unloaded dolomite, a mineral used in steelmaking which was destined for BlueScope Steel Ltd's nearby blast furnace. No injuries were reported."Shipping recommenced and the port reopened at 1130 (0130 GMT) and is expected to be back on schedule by around 1700…

US-based tanker shipping company International Seaways (INSW) has completed the acquisition of six 300,000 dwt very large crude carriers (VLCCs) from Euronav NV. The tanker company providing energy transportation services for crude oil, petroleum products and liquefied natural gas announced in a press release that it has completed its previously announced acquisition of six 300,000 DWT VLCCs for a purchase price of $434 million, inclusive of assumed debt, from Euronav. The six vessels have an average age of two years and include five 2016-built VLCCs and one 2015-built VLCC…

Euroseas announced  that it has completed the spin-off of its drybulk fleet into EuroDry Ltd. Euroseas shareholders received one EuroDry Ltd share for every five shares of the Company they owned. Aristides Pittas, Chairman and CEO of Euroseas, commented: "We are very pleased to complete the spin-off of our drybulk fleet into a separate publicly listed company, EuroDry Ltd. Euroseas now becomes a pure containership company, the only US-listed containership owner focused on the feeder sector. EuroDry was formed on January 8, 2018 under the laws of the Republic of the Marshall Islands.

Euroseas  announced that it took delivery of M/V EM Athens, a feeder containership of 2,506 teu built in 2000 that the Company agreed to acquire last month from Euromar, a wholly-owned subsidiary of the Company that previously was partially owned by the Company. M/V EM Athens was acquired along with EM Oinousses, a feeder size containership also of 2,506 teu built in 2000. The Company also announced today that it exercised its option to purchase from Euromar two additional container vessels…

The labor unions of Hyundai Heavy Industries (HHI) downed tools in their first full strike since 1994, in protest to a sweeping restructuring plan that includes spinoff all non-shipbuilding operations as well as shutdown of a dock in Gunsan in southern coastal region. According to Yonhap News Agency reports the other reason for the industrial strike was failed wage negotiations. Although 15,000 union members were invited to take part in the eight-hour strike, only ten percent of workers participated in it. The labor unions’ employees started a strike for eight hours from 8 a.m.

Transocean to Appoint Miller to Board

Transocean Ltd. Assuming Miller is elected by shareholders at the EGM, the board intends to designate him as Vice Chairman. Transocean explained that Ian C. Strachan, the current Chairman of the Board, will reach 72 years of age before the 2015 Annual General Meeting (AGM). In accordance with the company's Corporate Governance Guidelines, it is anticipated thathe will retire from the board at the end of his term at the 2015 AGM. The board currently expects to recommend that shareholders elect Miller in his place as Chairman at the 2015 AGM.

The Aasta Hansteen and Polarled development projects will have significant spinoff effects in the north. So far the projects are set to ensure jobs for 200 people on the Helgeland coast. "Aasta Hansteen is a pioneer project in Northern Norway. It is the deepest field development on the Norwegian continental shelf. We employ new technology to produce the resources, building the world’s largest Spar platform. Aasta Hansteen is also a pioneer when it comes to creating local ripple effects in the development phase in Northern Norway… 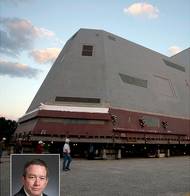 'President's Awards for Excellence' have been awarded to 5 teams & 3 individuals for their outstanding & innovative work on shipbuilding projects. "We build very sophisticated and complex products, and it takes skill and innovation to do it more cost-effectively," said Ingalls Shipbuilding President Irwin F. Edenzon. "These awards recognize the forward-thinking measures our shipbuilders are taking on a daily basis to improve our performance and streamline our processes. Each year…

Algorithms enable robot to navigate and view propellers and other complex structures. For years, the U.S. Navy has employed human divers, equipped with sonar cameras, to search for underwater mines attached to ship hulls. The Navy has also trained dolphins and sea lions to search for bombs on and around vessels. While animals can cover a large area in a short amount of time, they are costly to train and care for, and don’t always perform as expected. In the last few years, Navy scientists…