ClassNK’s subsidiary ClassNK Consulting Service (NKCS) has officially launched its Bunker Fuel Oil Analysis Service. The service will provide an oil analysis report for the properties of bunker fuel oil based on the ISO8217 Standard with advice such as oil heating and purification. Testing laboratories are located worldwide in Singapore, UAE, U.K. and U.S. After sampled oil is received at the nearest laboratory from each ship, an analysis report will be provided by email and online within 48 hours. 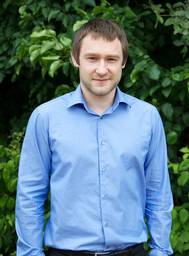 LUX Assure appointed Scott Rankin as its technical expert for the company’s chemical monitoring technology, CoMic. Rankin joined LUX Assure a year ago and has since taken part in specialist training and gained in-depth experience working with CoMic, which provides information on optimal dosage of corrosion inhibitors. Prior to working at LUX Assure, Rankin spent over three years with a global contract research organization as an analytical chemist within the metabolism and mass spectroscopy departments…