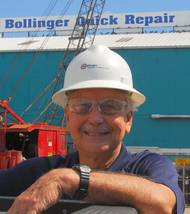 Bollinger Shipyards, Inc. headquartered in Lockport, La., inform of the upcoming retirement of its Vice President Repair, Eastern Division, Dave Marmillion, after 46 years in the shipyard industry. Marmillion’s retirement was announced by Bollinger’s Chief Operating Officer, Ben Bordelon, who said, “Dave has been an integral part of Bollinger’s growth and a mentor to many in the shipyard industry over the past 46 years. Marmillion started his shipyard career as a lifelong resident of the New Orleans Westbank area. 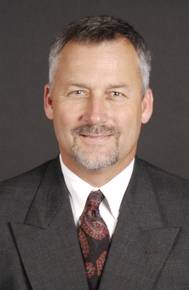 According to a May 11 report from Reuters, BP Plc said it has finished building a smaller dome designed to trap oil spewing from the floor of the Gulf of Mexico and plans to try placing it over the relentless leak. This "top hat" dome was taken out to sea by ship from Port Fourchon in southeastern Louisiana, where it was made. Robotic submarines will then make preparations before the containment structure is put into place. (Source: Reuters)