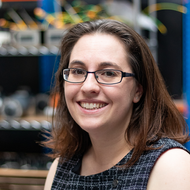 The UK Hydrographic Office (UKHO) appointed Terry Makewell to the position of Chief Technology Officer. Makewell has more than 20 years’ experience in leadership positions in government, academia and the creative industries, and will be instrumental in further developing the UKHO as a world-leading center in the marine domain. This will support the UKHO in delivering its vision of becoming the world-leading marine geospatial information agency and hydrographic office by 2020. Makewell  joins the UKHO from the Office for National Statistics, where he held the role of Chief Digital Officer.

Lloyd’s Register (LR) has announced the appointment of Paul Butcher as Managing Director, LR Management Systems & Inspection Services. Based in Birmingham, U.K., Butcher brings with him over 30 years of leadership experience in global professional services businesses. After graduating from Southampton University, Butcher held a number of leadership roles in the assurance, IT services and telecommunications sectors, including positions with SAI Global, Marconi, Ericsson and Damovo. 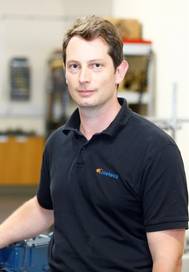 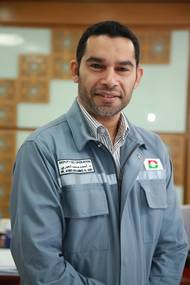 Oman Drydock Company (ODC) informs it has appointed one of Oman’s most experienced maritime professionals as deputy CEO to help support and grow its expanding operations. Taking up the role of deputy CEO, Dr. Ahmed Al Abri, draws on 17 years experience working as a naval architect overseeing major projects in shipyards around the world in the U.K., Holland, Romania and Singapore. “When I first went to study naval architecture at Southampton University in the U.K., there were no shipyards in Oman,” he said.

Europe’s commercial marine and workboat exhibition held in a working port, Seawork International, has released its plans for demonstrations, launches and conferences. Organizers say Voith will announce a new marine propulsion system that produces more thrust, reduces noise and vibration, while cutting operating costs. The Smart Surfaces’ Duplex fouling from Tudor Streamline Surfaces will debut at Seawork, which is expected to attract considerable interest from commercial boat operators having been initially developed by the U.S. 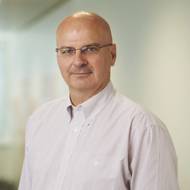 Imtech Marine announces that as of July 15, 2013, Capt. Eric Clarke has been appointed as Managing Director of lmtech Marine USA headquartered in Houston. Capt. Clarke has a broad maritime experience and a proven business track record. Capt. Clarke pursued a career at sea and sailed both as Captain and Chief Engineer. After about 10 years at sea, Eric started a long career ashore. Prior to joining Imtech, Eric held the position of Vice President Americas at RightShip (a specialized company offering the commercial shipping industry a Ship Vetting Information System)…

Imtech Marine said that as of July 15, 2013, Capt. Eric Clarke has been appointed as Managing Director of lmtech Marine USA (headquarters Houston). Capt. Clarke has a broad maritime experience and a proven business track record. Capt. Clarke pursued a career at sea and sailed both as Captain and Chief Engineer. After about 10 years at sea, Eric started a long career ashore. Prior to joining Imtech, Eric held the position of Vice President Americas at RightShip (a specialized company offering the commercial shipping industry a Ship Vetting Information System)…

Seven directors were elected to the Board of the UK P&I Club at its AGM in Athens on the 27th October. After obtaining a postgraduate degree in industrial engineering, Ibrahim Güngen founded Güngen Foreign Trade Co Ltd with his brother Mehmet in 1976 and the business quickly became the biggest importer of molasses in Turkey. Mr Güngen has been chief executive officer of Güngen Maritime and Trading since 1990. Dr Grahaeme Henderson, aged 56, joined Shell following a PhD in Engineering from Southampton University in 1980.