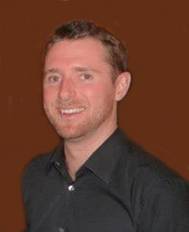 Building on their rapid growth and to support its international fleet activity, Calecore will be adding Singapore to its UK, Norway and Russian bases. Launching to coincide with a corporate event later this month for the Singapore F1 Grand Prix, the South East Asian hub will be actively promoting and servicing our ‘total’ Geophysical and Geotechnical Offshore Site Survey solutions from October. Logan will be drawing on his in depth knowledge gained during his  impressive career in the industry to date.

Maersk Line announce that the ‘Tahiti Express’ service to/from French Polynesia will close down at end of April 2013. The last vessel sailing on the Tahiti service is the BC San Francisco, 1317, expected to depart (ETD) from Auckland (New Zealand) on 23 April 2013 and expected to arrive (ETA) at Papeete (French Polynesia) on 29 April 2013. Maersk add that they regret the inconvenience this may cause, will make every effort to assist regarding the service change.