A South Korea-based company has proposed building a terminal on Australia's east coast to import liquefied natural gas, the fifth proposal for such a project in the world's No.2 LNG exporter.The proposals have come after three new LNG export plants on the east coast have sucked gas out of the southeastern market and nearly tripled wholesale gas prices in places such as Sydney over the past two years.EPIK, a newly-formed LNG floating storage and regasification unit (FSRU) project development company…

Plans for Another South Australia LNG Import Plant in the Works

A private firm is looking to import liquefied natural gas (LNG) to South Australia starting in 2020, around the same time as two other proposed import projects, looking to fill a supply gap as domestic gas gets sucked into LNG exports.Venice Energy, set up by former BHP Billiton executives, plans to submit a development application to the South Australian government within the next month to park a floating storage and regasification unit (FSRU) in Port Adelaide, Managing Director Kym Winter-Dewhirst said.If regulatory approvals come through by March…

Building on its partnership with the Italian shipbuilder Fincantieri announced earlier this month, South Australia’s Flinders University has signed a supporting agreement with The University of Genoa to cooperate in research and development and training with focus on maritime, naval architecture and shipbuilding. The agreement not only strengthens Flinders’ connection with Fincantieri – one of the shortlisted companies bidding to build Australia’s Future Frigates – but also opens…

Defence and security company Saab has deployed its first Common Operating Picture (COP): an extension of Saab’s KleinPort port management information system (PMIS) that makes ports more efficient and competitive. As of November 1st 2016, Flinders Ports in Australia began live utilization of the KleinPort COP. KleinPort COP gives all authorized port stakeholders an easily accessible, map-based overview of their port. The information is layered to allow users to select only the data relevant to their area of responsibility.

France's state-owned naval contractor DCNS Group has won a A$50bn ($40 billion) contract to build 12 submarines for the Australian Navy, beating bids from Japan and Germany. Malcolm Turnbull, Australia’s prime minister, announced that DCNS awarded tender over Germany and Japan to build fleet of Barracuda-class submarines in South Australia. The decision to build a new fleet of submarines in partnership with DCNS represented “a momentous national endeavour,” he said. The Shortfin Barracuda submarines will be built in Adelaide using Australian steel, creating 2,800 jobs, he said. 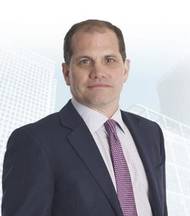 Dana Gas PJSC, a publicly listed natural gas company in the Middle East, has announced several key senior management appointments. Chris Hearne was appointed as the Chief Financial Officer of the company on January 4, 2016. Prior to joining Dana Gas, Hearne was with Serica Energy plc, an international oil exploration and production company listed on the AIM market in London, where he served as Chief Financial Officer and Director from 2005. Hearne has over 20 years’ experience within the oil industry having been CFO and Senior Vice President of Erin Energy…

The Australian Government has thrown domestic shipbuilders an A$89 billion (US$ 66 billion) lifeline. It plans to deliver a long-term plan for a strong and sustainable naval shipbuilding industry. Over the next 20 years the Government will invest the $89 billion in ships and submarines for the Navy. It's also still unclear whether local yards will benefit from a submarine program that accounts for a hefty chunk of the promised funding. This critical investment will generate significant economic growth and sustain several thousand Australian jobs over decades.

Up to 2,500 shipbuilding jobs in Adelaide will be safe for "all time", the Prime Minister says, ahead of the expected announcement to build a new fleet of Navy ships worth $39 billion, reports ABC. However, he said naval shipbuilding jobs in Adelaide would drop from about 2000 to 1000 before bouncing back to 2500 once the future frigate project begins in 2020. He has announced a $40 billion Navy ship build for South Australia, with a fleet of new surface ships to be built at Osborne in Adelaide.

The South Australian Government has outlined three key points on shipbuilding it wants addressed by the Commonwealth's Defence White Paper next month. It wants (1) a minimum 70 per cent Australian worker participation in the building, similar to the Collins Class submarines, (2) a guarantee the future naval submarines and frigates will be built in Australia and (3) that the local industry will have a continuous building program. The Abbott Government has put the development of the next Australian submarine program through a competitive evaluation process.

South Australian defence shipbuilding company ASC has axed 101 blue collar jobs from its facility at Osborne near Port Adelaide. The submarine and shipbuilder ASC has let go 101 contractors from its facility in Adelaide in a move it says will increase productivity on its air warfare destroyer program. "This contractor management activity is normal practice for projects of this nature and has, and will, occur several times over the life of the project," it said in a statement.

The South Australian Liberal Party risks damaging investor and public confidence in the natural gas industry by moving to establish a Parliamentary inquiry into hydraulic fracturing – an industry practice that has been used safely in the State for many decades. APPEA’s Chief Operating Officer Western Region, Stedman Ellis, said the inquiry proposed by the Member for Mt Gambier had little basis in science. Mr Ellis said the South Australian Parliament needed to be wary that it did not provide a megaphone for people who want to undermine the industry and the investment and jobs it provided.

Defence Minister Senator David Johnston announced the Defence Materiel Organisation has signed a multi-million dollar contract with ASC Pty Ltd to update the control management and monitoring system for the Royal Australian Navy’s Collins Class submarines. Senator Johnston said the Integrated Ship Control Management and Monitoring System is a highly automated computerised system, which enables the crew of a Collins submarine to control, monitor and manage the large number of diverse and complex systems on board the submarines.

Diamond Offshore Drilling order Moss CS60E design harsh environment semi-submersible drilling rig from Hyundai Heavy Industries, & charter it out to BP subsidiary. The 10,000 ft. dynamically positioned rig is expected to be delivered after November 2015. Projected capital cost of the unit including spares, commissioning and shipyard supervision is approximately $755 million. The company also announced that a three-year drilling contract has been entered into with a subsidiary of BP plc to utilize the rig for initial operations off the coast of South Australia.