A new IMO video puts the spotlight on how an IMO/EU initiative is helping cut maritime emissions in the Solomon Islands as part of a global project to help tackle climate change.When the solar-powered LED lights go on at night in the port of Honiara, Solomon Islands, they are helping the port meet IMO maritime security requirements.But these lights are also a shining example of how a global project, through regional centers, can help individual countries' ports and shipping sectors improve energy efficiency, cut emissions and clean up local air quality.

To help increase ratification of the FAL Convention and improve understanding of its requirements, two National Seminars on Facilitation of International Maritime Traffic have been delivered by International Maritime Organization (IMO), in cooperation with the Pacific Community (SPC), in Tarawa, Kiribati (14-16 November) and in Honiara, the Solomon Islands (20-22 November)."When the communication between ships and port is smoothly run, shipments move more quickly, more easily and more efficiently.

Since mid 2015 when MCA first approved a Thailand based seafarer training facility, that destination has experienced growth as a popular focus for both advanced seafarers and also entry level crew to complete STCW 2010 and the new updating STCW courses.Anthony Gould, CEO and major investor in Galileo Maritime Academy, said at the recent launch of their Survival Craft and Fast Rescue Boats training facility in Phuket, “Over the last three years international professional seafarers coming to Phuket…

Ecosystem based Adaptation to Climate Change

Building community resilience through ecosystem-based adaptation (EbA) is a new application of BMT’s climate change capabilities. In the Pacific, climate change resilience and adaptation is increasingly being considered in the context of EbA, which concentrates on ecosystem services in adapting to the adverse effects of climate change. This contrasts with the infrastructure or property emphasis of traditional climate change adaptation assessments, and is particularly pertinent to Pacific Islands where communities rely heavily on their local natural resources.

Australian Defence Force (ADF) personnel have arrived in Bougainville to address a potentially deadly legacy posed by unexploded ordnance from past conflicts as part of Operation RENDER SAFE 2014. HMAS Choules is in the vicinity of Torokina carrying approximately 500 personnel and is equipped with an MRH90 Helicopter and an LCM-8 Landing craft. The Operation RENDER SAFE 2014 Commander, Captain (CAPT) Jay Bannister, says his team is looking forward to the task. “The operation has been months in the planning…

BMT WBM (BMT), a subsidiary of the BMT Group, a leading international maritime design, engineering and risk management consultancy, has partnered with Buckley Vann town planners and the School of Civil Engineering at the University of Queensland to develop a comprehensive climate change adaptation plan for the provincial capital of Choiseul in the Solomon Islands. The capital is located on Taro Island, a small coral atoll within Choiseul Bay, mostly less than two metres above mean sea level.

Prompt Australian Defence Force support to Solomon Islands Government in the wake of last week’s devastating floods has been warmly welcomed by Defence Minister David Johnston. Defence has an Assessment Team working with Australian Government personnel on the ground around Honiara while providing strategic air-lift support to the Australian humanitarian response, Senator Johnston said late today. “I commend the efforts of our hard-working ADF team now on the ground in Solomon Islands while also passing on my appreciation to RAAF personnel involved in this vital airlift operation,” he said.

The World Ferry Safety Association (WFSA) announced the coming year’s challenging international student design competition for a Safe Affordable Ferry. The goal of the design competition is to elicit new approaches for ferry design in the developing world as well as to encourage designers to enter this arena for which there is a need and an emerging market. Last year $10,000 in prizes was awarded, with the top prizes of $5,000 and $3,000 awarded at the Society of Naval Architects and Marine Engineers Annual Meeting to the student teams from the University of British Columbia…

This Day in Naval History - July 13

This Day in Navy History: October 6 to 9

This Day in Navy History - July 13 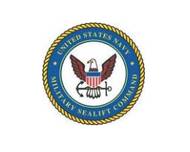 Civil service mariners aboard Military Sealift Command fleet replenishment oiler USNS John Ericsson rescued five people lost at sea in a small boat near the Solomon Islands May 18. While conducting routine operations in the Solomon Sea May 17, Ericsson received notification from the Maritime Rescue Coordination Centers in Australia and Papua New Guinea at about 11 p.m. to be on the lookout for a missing commercial vessel. At about 8 a.m. local time the following morning, Ordinary Seaman Tyrone Mouzon spotted a small commercial vessel with five individuals aboard waving frantically.

This Day in Naval History – Oct. 6