Leading pipework set-up and measurement software developer, mltech, has announced the launch of its new technology - automet Lite - to a range of markets, including the oil and gas, distilling and shipbuilding industries. Used in conjunction with Leica iCON survey instruments, automet™ Lite has been developed due to the increasing demand for an affordable and accurate pipe spool fabrication inspection system, which can be used without specialist training. Operated by one person, the system removes the involvement of a third party survey team, offering significant time and cost savings. 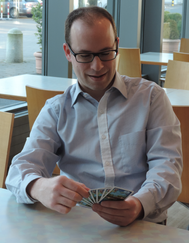 How one Hapag-Lloyd employee has dedicated his free time to the card game skat. Even if the card game has never really made it across Germany’s borders, almost 200 years after it was invented in the Thuringian city of Altenburg, skat remains one of the most popular card games among Germans. To explain it to non-Germans in a very bare-bones fashion, skat is a three-person game with only 32 cards, with one player pitted against the other two. After the so-called bidding, it is determined who plays against whom – and…

The USCG has poised e-logs and SaaS to transform U.S.-flagged shipboard recordkeeping. The United States Coast Guard frequently appears behind the times when it comes to rulemaking involving shipboard technological advances. Often, by the time the USCG has a Final Rule approved for publication in the Code of Federal Regulations, the technology which that Final Rule was expected to address has been superseded by a newer form of technology. Not so, however, with electronic recordkeeping (e-logbooks) and Software as a Service (SaaS).