Signet continues Gulf of Mexico expansion and opens U.S. Signet Maritime Corporation informs it has completed Phase II of a $250 million capital expansion program with the acquisition and integration of the Harvey Gulf OTV fleet. The corporate strategy was to design and own vessels for multidisciplinary work, and diversify with the addition of the powerful offshore vessels, enabling Signet to broaden its services into new market segments, the company explained. Continuing this U.S. 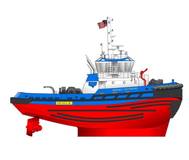 31-Year Veteran Assumes General Manager, Traffic and Business Development Post. Signet Maritime Corporation—a global provider of vessel services and logistics—is pleased to announce the promotion of Captain Cliff Porter to the position of General Manager, Traffic and Business Development. “We are pleased to recognize Cliff’s valuable contributions over the past 31 years with this well-deserved and hard-earned promotion. Given his years of experience and expertise in the industry, strong alliances have been successfully maintained and new partnerships have been built. 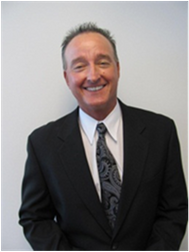 The American Equity Underwriters, Inc. (AEU) 2011 Safety Awards were presented at the annual American Longshore Mutual Association (ALMA) Conference in Grand Cayman on July 30, 2012. The awards are given each year to the best performing ALMA members nationwide and are based on the number of accidents and the severity of accidents for each calendar year. The award is an acknowledgement that these companies are leaders in the most important aspect of business operation – protecting employees from injury or death.

John Dane III presented TY Offshore to the maritime industries. The re-branding of the company from Trinity Offshore to TY Offshore is intended to provide clear market positioning for the leading Mississippi-based designer and builder of commercial tugs, offshore barges, oil spill response, patrol and oil field support vessels from 10 meters to 95 meters (33’ to 312’) in length. The name change is also intended to delineate the company from Dallas, Texas-based Trinity Industries, Inc.

Colle Maritime Company of Pascagoula Miss., a joint venture between Signet Maritime Corporation and Colle Towing Company, has been awarded a twenty-year contract to provide marine services to Angola LNG Supply Services LLC (ALSS) in the Port of Pascagoula, Miss. The agreement, to commence third quarter 2011, includes options to extend for up to ten additional years. Utilizing their combined expertise, the joint venture between Colle and Signet will construct two highly specialized terminal support/escort tugs that will each provide 80 metric tonnes of bollard pull.

Colle Maritime Company, a joint venture between Signet Maritime Corporation and Colle Towing Company, has been awarded a twenty-year contract to provide marine support services to Angola LNG Supply Services (ALSS) in the Port of Pascagoula, Mississippi. The Signet/Colle joint venture will construct two RAstar 3100 Class Terminal Support/Escort Tugs to fulfill this important contract. The tugs, designed by Robert Allan Ltd. of Vancouver, BC, will each provide 80 metric tonnes of bollard pull. 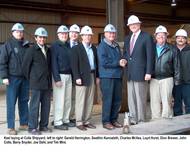