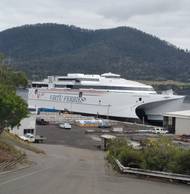 Over the past year, 29,646 seagoing vessels entered the port of Rotterdam, up more than 600 from 2016's 29,022. The number of incidents in the port fell from 159 to 129, and included one ‘serious accident’ involving an inland vessel that went adrift after hitting a groyne with its rudder. According to National Harbour Master René de Vries, the decrease in the number of minor incidents can be explained by the Port Authority’s investments in infrastructure in recent years: “Thanks to the new buoy configurations and dolphins…

UK P&I Club Risk Assessor David Nichol discusses the carriage of dangerous goods and issues associated with misdeclaration. Data captured by the Cargo Incident Notification System (CINS) over the 2013- 2014 period indicates that 27 percent of incidents in terms of detected causation were attributable to cargo being mis-declared, second only to poor packaging. All dangerous goods must be carried in accordance with the provisions of the International Maritime Dangerous Goods (IMDG) Code, which is a set of globally accepted rules that enables packaged dangerous goods to be carried safely by sea.

Seven of Chinese state departments are investigating four local shipping companies over allegations that they have levied arbitrary and excessive charges for port services following complaints from foreign trade firms, reports Reuters. The National Development and Reform Commission had so far found that some shipping companies “have too many items on document charges and unreasonable telex release charges,” the notice said. The companies are Ningbo Dagang Pilotage, a subsidiary of Ningbo Port Group…

EMS Seven Seas announces new CEO; enters into agreement to acquire Wave Shipping, a Singapore-based maritime and port agency services company. EMS Seven Seas, an international ship chandler and leader in the provision of goods to the marine, offshore and defense sectors, has announced that it has appointed Lars Rosenkrands as the new Chief Executive Officer (CEO) with immediate effect. Lars has 30 years’ experience in the shipping industry, having worked for a variety of ship supply and ship services companies across Europe… 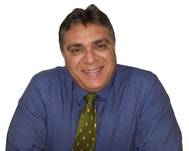 Inchcape Shipping Services (ISS) has appointed Henrique Schlaepfer as its new Managing Director Brazil. Based in Rio de Janeiro, Henrique will report directly to regional Executive Vice President, Jaime Otero. Commencing his maritime career in 1984, Henrique served as a 2nd Naval Officer in the Brazilian Merchant Navy. He graduated with a Nautical Science degree and a post graduate degree in Business Management. He has since gained extensive experience in management positions with various companies such as CP Ship…

Dynamic Oil Trading launched to meet the fast paced demands of the shipping industry – without limitations. Wrist Group, one of the world’s leading ship services companies, has announced the launch of Dynamic Oil Trading, a new global trading company for marine fuels and lubricants. Headquartered in Singapore, Dynamic Oil Trading will work with all aspects of the shipping industry, building close relationships with ship owners, operators, brokers, traders and suppliers. The company is well financed and has an ambitious growth strategy with plans for further expansion in Asia…

German shipping company Held chooses GL Shipmanager System for its technical ship services division. The GL ShipManager software facilitates maintenance activities, supports quality and safety management processes and simplifies data and information management. Intelligent data synchronization between office and ship ensures that the same information is available onboard and onshore. The software will be installed in their Haren office and on all vessels. Held's ship management fleet has grown over the last years and today…

Converteam in partnership with the U.S. Navy have successfully tested the DDG 1000’s high voltage Integrated Power System (IPS)(1) to full power at the Land Based Test Site located in Philadelphia, Pennsylvania. DDG 1000 is the first U.S. Navy surface combatant to leverage this technology—an all-electric architecture providing electric power for both propulsion and ship services. As the integrated power systems provider, Converteam is responsible for the entire program’s high voltage system design, commissioning and testing at the land based test site.

The United Seamen's Service (USS) 2011 Admiral of the Ocean Sea Awards (AOTOS) will be presented to James L. Henry, Chairman and President of the Transportation Institute; General Duncan J. McNabb, Commander, U.S. Transportation Command; and Robert D. Somerville, Chairman of ABS (formerly the American Bureau of Shipping). The maritime industry's most prestigious awards will be presented at a gala industry dinner and dance to be held at the Sheraton New York Hotel and Towers, New York City, on October 28, 2011.