The Marine Technology Society (MTS) announced that its membership has elected Dr. Josh Kohut, a professor at Rutgers University at the Center for Ocean Observing Leadership, to serve on its Board of Directors as the Vice President of Education, from January 1, 2020, to December 31, 2022.The Vice President of Education ensures that the Society develops and maintains positive and productive relationships with academic institutions, laboratories—both public and private—and research…

Strait of Hormuz: Ships urged to alert Navies before Sailing Through

Shipping associations have called on ship owners to inform Britain's navy of their movements before sailing into the Middle East Gulf and Strait of Hormuz because of the escalating international crisis in the region.About a fifth of the world's oil passes through the Strait of Hormuz and shipping companies are already deploying more unarmed security guards as an extra safeguard.However, in a joint note issued by the leading trade associations on Monday, ship captains were requested to register with the Royal Navy's liaison body… 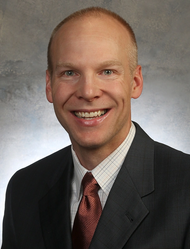 SeaBird Exploration announced it is in an exclusive process to acquire the seismic vessel Geowave Voyager and certain seismic equipment from Exploration Vessel Resources II AS, a wholly owned subsidiary of CGG S.A., for a cash consideration of $17 million.SeaBird intends to carry out a private placement of new shares in the company raising gross proceeds of minimum NOK 80 million and maximum of NOK 120 million. The subscription price  in the Private Placement will be determined through an accelerated book-building process. 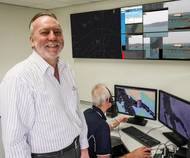 One of Australia’s most important economic gateways will soon house a state-of-the-art shipping management control system to be installed at Port Hedland, the world’s largest bulk export port. The system includes a command and control system integrated with advanced radar, long-range closed circuit TV and voice radio technology to safely manage and guide thousands of ship movements in and out of the tidally constrained port with pinpoint precision. The Vessel Traffic Service (VTS)…

Shipping company SC Line has started up service between Fort Lauderdale's Port Everglades and Cuba, reports Sun Sentinel. The cargo and cruise vessels no longer require a special license to ply between US and Cuba. SC Line can serve the Cuban seaports of Mariel and Santiago every two weeks on a route that circles between Florida, Cuba, Panama and Colombia. On 20 September the SC Line vessel Caroline Russ berthed at Mariel in Cuba. It can carry shipping containers. It was the first call on a new service every 14 days linking Port Everglades, Florida with Mariel and Santiago de Cuba.

Disney Cruise Line is altering its alcohol policy, adding restrictions to what passengers may bring onboard to consume during their voyages. Starting with cruises that leave Sept. 30, Disney Cruise Line guests will be allowed to bring a maximum of two bottles of unopened wine or champagne — no larger than 750 milliliters — or six beers — no larger than 12 ounces — on board at the beginning of the trip and at each port-of-call. If you are not familiar with the exiting policy, it was much more relaxed. Basically, “if it fits (in your carry-on), it ships”.

Bollinger Shipyards has delivered the 14th Fast Response Cutter (FRC), Heriberto Hernandez, to the United States Coast Guard (USCG). The 154-foot patrol craft Heriberto Hernandez is the 14th vessel in the Coast Guard's Sentinel-class FRC program. To build the FRC, Bollinger used a proven, in-service parent craft design based on the Damen Stan Patrol Boat 4708. It has a flank speed of 28 knots, state of the art command, control, communications and computer technology, and a stern launch system for the vessel’s 26 foot cutter boat.

For 70 years, Beier Radio has provided engineering, sales, and service for marine electronics around the globe. As the corporation marks its 70th anniversary, it also unveils a new name for the operating company known for its advanced vessel control and navigation systems. Beier Radio is now Beier Integrated Systems. The company’s new website address is www.BeierIS.com. “While the name is new, the Beier commitment to providing quality systems  and expert services has not changed.

Crowley Maritime Corp. announced that 65 of its vessels were recently recognized for participation in the Automated Mutual-Assistance Vessel Rescue (AMVER) program, a computer-based voluntary global ship reporting system used worldwide by search and rescue authorities to arrange for assistance to persons in distress at sea. The awards were given during the U.S. Coast Guard’s NAMEPA Safety at Sea Seminar dinner, an event designed to bring industry and government leaders together each year in Washington D.C.

China's COSCO (Guangdong) Shipyard has secured a contract from Aberdeen-based Sentinel Marine to build a TAERRV (Tanker Assist / Emergency Response / Rescue / Field Support Vessel). Cosco says the vessel’s expected delivery date is in the first quarter of 2017. Sentinel Marine has an option to order an additional TAERRV within six months. The shipbuilder and the client have agreed to keep the contract price confidential and the contract includes an option for a second vessel.

The Coast Guard commissioned the Coast Guard Cutter Isaac Mayo at Coast Guard Sector Key West, Fla., March 28, 2015. Mayo is the sixth Sentinel Class Fast Response Cutter to be homeported in Key West. Each FRC is named for an enlisted Coast Guard hero who distinguished him or herself in the line of duty. This vessel is named after Coast Guard hero, Isaac Mayo. In the spring of 1879 a raging snowstorm blanketed the shores of the Northeastern United States. The perilous seas and weather caused a three-masted schooner, the Sarah J. Fort to wreck on the shores of Cape Cod, Massachusetts. 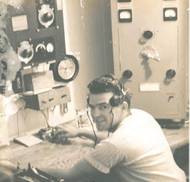 Beier Radio, Inc. marks its 70-year anniversary in 2015 providing engineering, sales and service for marine electronics around the globe. During its 70 years in business, Beier Radio has grown from being one of the first marine electronics distributors in the southern United States to a worldwide leader in integrated vessel control, navigation and communications systems as well as mariner training. “Beier Radio has always been committed to delivering products and services that…

The Coast Guard has suspended the search for a crabber reported overdue near Anacortes, Wednesday. Dean Harvey, 48, of Bremerton, remains missing. Search crews spent 24 hours completing a total of 24 searches that covered a 909 square mile area with no signs of Harvey. “Suspending the search for a missing person is one of the most difficult decisions we must make,” said Cmdr. Brian Meier, chief of response for Coast Guard Sector Puget Sound. “Our hearts go out to the family and friends of Mr.

Bollinger to Build 6 More FRCs for the USCG

Bollinger Shipyards, Inc., Lockport, Louisiana, announced the award of six additional USCG Sentinel Class Fast Response Cutters (FRCs). The U. S. Coast Guard (USCG) awarded a $255 million contract option to Bollinger Shipyards of Lockport, La., July 23, 2014 for the production of six more Sentinel-Class FRCs, bringing the total number of FRCs under contract with Bollinger to 30, with a current contract value of $1.4 billion. The FRCs acquired under this contract option are scheduled to be delivered in 2017 and will be homeported at various bases throughout the U.S.

As Damen looks offshore, the market leader in standardized hulls, spec series build techniques and (arguably) quality too, also spreads its wings into new markets. If Damen Shipyard’s standardized hulls are the hallmark of its existence, then providing customers with a proven and reliable product, based on years of research and the well-oiled ability to produce these hull forms on spec, economically and in series, is the rock upon which that considerable reputation was built.