Xodus Group has promoted Andrew Sewell to the role of Global Subsurface Lead to drive forward its global subsurface capabilities. Sewell has more than 24 years’ experience working in the oil and gas industry, initially as a Geophysicist, and joined Xodus in 2012 as Subsurface Manager. He previously worked with Senergy (now LR Senergy) as Region Manager for Europe and Africa. He started his career with Schlumberger after graduating from Cambridge University with a MA in Physics in 1991.

Lloyd's Register Energy provides insight into operational integrity at the 2014 Australasian Oil & Gas Exhibition and Conference, February 19-21. The event will showcase Lloyd’s Register Energy’s (LRE) capability in the oil and gas sector, enabling visitors to meet its experts and find out about LRE’s end-to-end services and unrivalled portfolio of technical expertise. “LRE is, without question, a market leader in offshore validation and verification not only in Australia but also the U.K.… 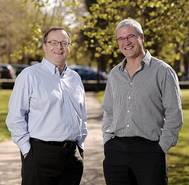 Global energy services company Senergy has bolstered its senior management team with the appointment of two vastly experienced vice presidents (VP) who have a combined total of more than 60 years’ experience in the offshore industry. The company, which provides fully-integrated project and asset development services across the energy sector, has appointed Ian Williamson VP of Contracts and Commercial and Dave Reed VP of Business Efficiency. The company said both positions have…

Energy services company Senergy added a number of appointments to its senior management team with to consolidate its position for future growth. The company, which provides fully-integrated project and asset development services across the energy industry, anticipates creating up to 80 new positions by the end of May, as a result of increasing demand for its services. Senergy applies its expertise and technology to develop and manage oil and gas fields and alternative energy projects in partnership with its clients. 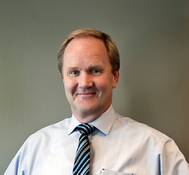