The Coast Guard Captain of the Port of Hampton Roads has reopened the ports in Virginia, which saw limited impacts after Hurricane Florence made landfall as a category 1 storm on Friday morning.“Coast Guard Sector Hampton Roads is coordinating very closely with our port partners to ensure a quick and safe recovery from Hurricane Florence,” said Capt. Kevin Carroll, the commander of Sector Hampton Roads. “Our number one priority is saving lives and preventing life-endangering activities on our waterways.

Port of Virginia to Close Ahead of Winter Storm

The U.S. Coast Guard said the Port of Virginia will close Friday at midnight in anticipation of Winter Storm Helena, which is expected to bring snow and wind which will likely create particularly hazardous conditions, including zero visibility onshore and on the water. Commercial vessels will be prohibited from entering and departing the Chesapeake Bay. Additionally, movement within the Port of Virginia will be closed to vessel traffic 5,000 gross tons or greater unless permission is granted by the Captain of the Port. “There is a real danger to all vessels on the water,” said Capt. Kevin M.

The search for a crew member missing from a containership between Bayonne, N.J. and Ocean City, Md. was suspended, the U.S. Coast Guard reported. The crew member was last reported aboard the 600-foot, Marshall Islands flagged freight ship Ibrahim Dede after departing Bayonne. The crew discovered the man was missing while the ship was in transit to its next port, notifying Coast Guard watchstanders at Sector Hampton Roads at approximately 4:30 p.m. Tuesday. A Coast Guard Station New York 45-Foot Response Boat crew…

The Coast Guard rescued two people Friday after both of their sailboats became disabled approximately five miles west of the Chesapeake Bridge Tunnel near Hampton. Watchstanders at Coast Guard Sector Hampton Roads received a call from Hampton Police dispatch at approximately 3:50 a.m., who informed the Coast Guard of a 911 call from a man aboard one of two disabled sailboats. The watchstanders called the boater via cell phone and were informed that both sailboats were at anchor five miles west of the Chesapeake Bridge Tunnel. 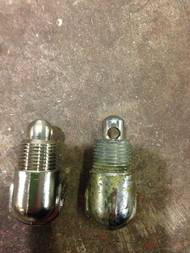 The Coast Guard is investigating an incident that happened aboard the Jamestown-Scotland Ferry which resulted in an intending passenger's car tumbling into the James River. 4. whether the incident should be further investigated. "The Coast Guard is taking this incident very seriously," said Capt. John Little, the commander of Coast Guard Sector Hampton Roads.