Bankrupt South Korean shipping company Hanjin will sell its operations of the Port of Seattle’s Terminal 46 to Switzerland-based Mediterranean Shipping COmpany (MSC) subsidiary Terminal Investment Limited (TIL), reports AP. The Seattle Times reports Hanjin will sell its majority stake in the terminal operating companies at the Seattle and Long Beach ports for $78 million. Hanjin Shipping filed for bankruptcy protection at the end of August, worrying local retailers about the fate of their cargo.

The Fishing Company of Alaska, based in Renton, owns the  238-foot  Alaska Juris that started sinking in the Bering Sea shortly before noon on Tuesday, says a report in Seattle Times. Forty-six crewmen from the Seattle-based fishing vessel Alaska Juris have been rescued from lifeboats near the Aleutians, but the fate of their trawler is unclear. There were no reports of any injuries as the crew members were transferred from life rafts to the merchant ships, in a fairly calm seas, Coast Guard Petty Officer Lauren Steenson said. Shortly after 9 p.m. Juneau time, the U.S. 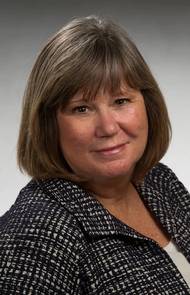 Jill Mackie will join shipbuilder and repairer Vigor’s executive team as senior vice president of public affairs, the company announced today. In her new role, Mackie will provide leadership and oversight of strategic communications, community and government relations at the local, state and federal level for all Vigor companies. Mackie officially joins the Vigor team October 14. Previously vice president of public affairs for The Seattle Times Company, Mackie brings more than 20 years experience working in governmental and public affairs to the Vigor team. 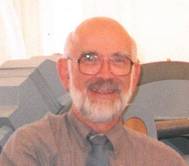 Michael Jean Markey died peacefully at Swedish Hospital on March 2, 2013. Mike was born in Seattle, Wash., in 1932. He graduated from West Seattle High School in June 1950, and he received a Bachelor's Degree in Engineering from Stanford University in June 1954. In 1958, Mike joined his father, William C. Markey, at the family firm, Markey Machinery Company, Inc. in Seattle. MMCo was founded in 1907 by Mike's grandfather, Charles H. Markey. Mike was with the company until his retirement in 1996.