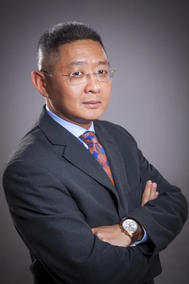 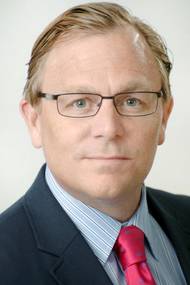 Intelsat S.A. (NYSE:I), operator of the world’s first Globalized Network, powered by its leading satellite backbone today announced the promotion of Skot Butler to President of Intelsat General Corporation, a wholly owned subsidiary that provides satellite communications solutions to military, commercial and government customers. Mr. Butler, who will begin his new role on April 4, 2016, will continue to be based in McLean, Virginia. In his new role, Mr. Butler will oversee Intelsat General’s strategic direction… 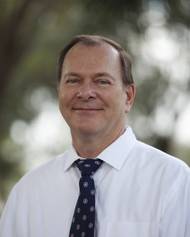 The Society of Satellite Professionals International (SSPI) announced it has selected Richard Hadsall, chief innovation officer of EMC, for induction into the 2016 Satellite Hall of Fame, which recognizes contributions to the satellite technology industry. SSPI will present the award at the SATELLITE 2016 Show, March 7-10, at the Gaylord National Convention Center in National Harbor, Md. “Having the opportunity to pioneer the merging of satellite and communications technology…

Thuraya Telecommunications Company today launched the industry's most advanced satellite phone, the Thuraya XT-PRO. Targeted at professional users across a range of market sectors including government, energy, media and NGOs, the Thuraya XT-PRO is the only satellite phone to feature built-in GPS, BeiDou and Glonass for highest accuracy and added security in every region. The Thuraya XT-PRO has a talk-time of up to 9 hours, which is the longest on any satellite phone. It is jet-water, dust and shock resistant, ensuring it withstands the harshest environments.

Maritime operational effectiveness is to be enhanced globally through the provision of training and certification for seafarers assigned to use advanced satellite communication systems on-board commercial vessels. The initiative, which has been tailored for maritime professionals serving on thousands of commercial vessels at sea, is being led by Seagull Maritime, a Norwegian provider of seafarer training, and GVF, the London-based international association of the satellite communications industry.

SpeedCast International Limited (SpeedCast) announced that Keith Johnson has joined SpeedCast as senior vice president / GM in charge of Energy services globally. In this role, Johnson will oversee all of SpeedCast’s business activities for the Energy sector (Oil and Gas in particular), including strategic planning, program management, business development and global sales for SpeedCast’s worldwide operations. Johnson has experience in the Satellite Telecommunication and Energy industries, which he gained over the past 30 years.

Intelsat S.A. today announced that Patricia Cooper has been named as the company's Vice President, Government Affairs and Policy, effective August 25. In this newly created role, Cooper will be responsible for leading the company's U.S., European and other international government lobbying and advocacy activities and relationship management. She will also manage Intelsat's political programs in the United States, including overseeing the company's political action committee. Cooper will work closely with other companies, associations and coalitions on issues of mutual interest.

MTN Government Services CTO Richard Hadsall appointed to World Teleport Association (WTA) Board. Hadsall founded MTN more than 30 years ago and today serves as the chief technology officer for MTN Government Services (MTNGS). Richard Hadsall’s teams drove the first full-motion satellite video broadcasts at sea for a military vessel, for a research vessel and for a cruise ship. Hadsall led key engineering advancements to help main networks such as ABC, NBC and CNN report on major live events around the world. He has driven delivery of critical content for the U.S. Department of Defense, U.S.

MTN Satellite Communications (MTN) wins VSAT service contracts from four specialised luxury cruise ship operators. •    Windstar Cruises , a sailing luxury small ship cruise line based in Seattle, Wash. “Our team at MTN recognizes that no two customers are alike and it is our job to develop communication solutions that not only meet, but exceed their unique communications requirements,” said Brent Horwitz, senior vice president and general manager for MTN cruise and ferry services.

Global Satellite USA hired Hassen Ben Khalifa as Technical Engineer. He has a multi-disciplined engineering background, combining Electrical, Electronics, Telecommunication and Information Technology within the maritime industry. Martin Fierstone, President of Global Satellite USA, said “Our business is all about customer support and quality control. We decided to recruit a technical specialist who understands the marine and satellite industry so that our customers receive excellent customer care, 100% of the time. 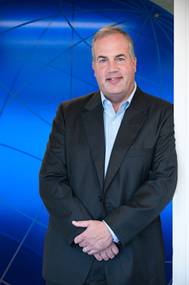 Matthew (Matt) Desch, Chief Executive Officer, Iridium Communications, Inc. (Nasdaq: IRDM), has been named Via Satellite’s Satellite Executive of the Year for 2011. Iridium boasted a strong performance in 2011 that exceeded estimates on nearly every metric. Financially speaking, the MSS operator grew in areas where it was not expected to grow, driven by its service, its technological innovation and its ability to be a catalyst to its ecosystem of development partners in an increasingly competitive sector and in new sectors, as well.

Inmarsat (LSE: ISAT) today announced two new appointments to its North American teams. David Helfgott becomes President of Inmarsat, Inc and Head of Business Development, Americas and Peter Hadinger joins Inmarsat Global Xpress™ as President of Inmarsat Government Services Inc (IGSI). Both will be based at Inmarsat's Washington DC office. David Helfgott will be responsible for external representation of Inmarsat Inc, and will head strategy and business development in the Americas.