Norwegian energy company Equinor reached a milestone at its Hammerfest LNG facility on Melkøya Island, “the Snøhvit plant”,  by loading the 1000th cargo of the chilled fuel.The cargo consists of 140 500 cubic metres of liquefied natural gas (LNG). Total sales value of all the LNG cargos since the field came on stream is in the range of NOK 130-150 billion. In addition, we have the value of liquefied petroleum gas (LPG) and condensate.Arctic Discoverer is the name of the tanker that will carry cargo number 1000 from the Hammerfest LNG plant. 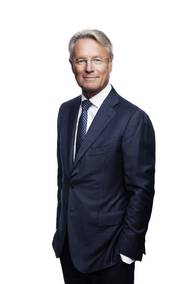 New ABB CEO: Committed to the Next 5 Years

New ABB Chief Executive Bjorn Rosengren is committed to at least five years with the Swiss engineering group, Chairman Peter Voser said on Monday.Age or nationality was also not an issue in appointing the 60-year-old Swedish executive, Voser told reporters. Rosengren, the current CEO of Sandvik will turn 61, a month after taking over at ABB next March."Age didn't a play a role. What is important is the experience, it's the focus, it's the empowerment of people, it's the way a person drives the businesses.

The Fjords CEO Steps Down

Rolf A. Sandvik is leaving his position as CEO of The Fjords. Sandvik, who has led the company since its formation in January 2015, has informed the board of his intention to step down. Vidar Hauståker, the Chief Financial Officer of The Fjords and Flåm AS, will act as interim general manager until a permanent replacement is recruited.The Fjords has delivered a strong performance since its launch, in addition to launching a new breed of environmentally friendly, passenger focused and multi-award winning vessels. 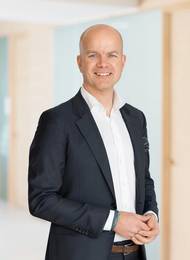 Norway-based global maritime industry group Wilhelmsen Holding has introduced a new digital start-up named Raa Labs to speed up maritime digitalisationRaa Labs will enable maritime companies to harness data, drive digitalisation and adopt technology to take a leap into the future, improving efficiency and introducing new business models. “To fully embrace innovation, you need to understand the bigger picture to ensure that every action you take not only saves the day or the week…

Wilhelmsen is exploring concrete ways of leveraging their data on DNV GL’s Veracity industry platform. In one of the first data sharing pilot projects on the new open platform, Wilhelmsen is testing a system to share ship compliance and condition data with port state authorities to reduce paper work and physical inspections when entering ports. “As ships and their systems become more sophisticated, we have more equipment with sensors onboard that are generating and sharing data. 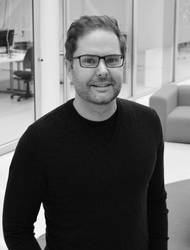 The Wilhelmsen group hires Inge André Sandvik as head of digital solutions, starting January 2017. “Accelerating our digital transformation, Inge brings with him a unique combination of digital entrepreneurship, business curiosity and a large network within the digital eco-system,” says Thomas Wilhelmsen, group CEO. “We really look forward to lifting our digital competence with Inge’s innovative thinking and to ensure we focus our energy on transformation that will make our customers and us more efficient.

Tore Sjursen will assume the position as executive vice president for operational improvement and risk management at Aker Solutions on April 1. Knut Sandvik will at the same time replace Sjursen as head of the company's maintenance, modifications and operations business. Sjursen will be based in Oslo and be responsible for the corporate center functions Enterprise Risk Management, Tendering and Corporate Risk Committee, Health, Safety and Environment, Quality and Performance and Operational Audit.

A R140-million, general bulk ship-loader installed at Richards Bay in Transnet Port Terminal’s (TPT) R33-billion Market Demand Strategy (MDS) investment programme. Custom-built to complement the terminal’s operational envelope, the loader was designed in Austria and built in China, however South African engineering company SANDVIK has managed its entire procurement. The loader's capacity is a guaranteed 2500 tons per hour (tph) at a bulk density of 1.9 tons per cubic meter (t/m3).

GEOSHIPS creates 40 new jobs with delivery of latest vessel. GEOSHIPS Group, a marine and subsea services provider, has completed charter party negotiations with Singapore based Teras Offshore, for a new Offshore Deck Cargo Vessel, resulting in the planned recruitment of a further 40 offshore staff. Formed in 2003, Westhill-based GEOSHIPS will operate, manage and crew the DP1 (dynamic positioning) Loch Seaforth vessel, which has been contracted on a three year bareboat charter, with options to extend.

Wärtsilä, a ship power system integrator and solution provider, has signed a contract to design and supervise the construction of a modern oceanographic research vessel for the marine wing of the Geological Survey of India (GSI). The order was received in October. In addition to design and supervising the construction process, Wärtsilä will be involved in selecting the onboard scientific instruments, and in arranging training for GSI scientists to ensure that the vessel's capabilities are fully utilized.

On September 8, 2009, Severnaya Verf shipyard, a part of United Industrial Corporation (OPK), launched a vessel for oil-rig platform provision, also known as the project VS 485 PSV. The vessel for oil-rig platform provision is equipped with special capacities and cargo system for transportation of oil-rig mortar, friable freights, methanol and general freights on the open deck. Also, the vessel is equipped for the participation in rescuing, evacuation and fire fighting missions around the oil-producing platforms in the North Atlantic.