The COVID-19 (coronavirus) pandemic taking hold around the world may leave seafarers without vital medicines and provisions as well as important spare parts, according to the International Shipsuppliers & Services Association (ISSA).Some ports have been refusing certain vessels entry because of previous port calls at coronavirus-affected areas, causing some to sail off without taking on the vital supplies they need to operate.ISSA, which looks after the interests of the world’s ship chandlers…

As the cruise industry continues to prosper, so too does Survitec, a specialist in marine evacuation systems (MES). Survitec has a history of more than 160 years, with 2020 marking the centenary since RFD, now part of Survitec, was founded.The story of RFD’s technology dates back to 1920 with the introduction of an aircraft flotation product, essentially an inflatable ring, to prevent planes sinking when ditched. This technology quickly evolved to become dual purpose also providing a means to rescue aircrew in an emergency.As technologies and methodologies became more sophisticated…

Two safety equipment specialists - Survitec and Marine Rescue Technologies (MRT) - have created a lifejacket that accommodates and complements a range of MRT personal locator beacons (PLB) and takes advantage of the two companies’ knowledge in their respective fields.Both companies have a long and respected history – MRT has 40 years’ experience in designing man overboard safety systems.While Survitec, with its 160-year heritage and complete safety and survival portfolio – has…

After two years of slightly declining revenue, VIKING Life-Saving Equipment A/S is seeing growth once more, said the global market leader in maritime and offshore safety.In 2018, VIKING acquired the Norwegian manufacturer of lifeboats Norsafe AS. Adjusting for the costs of integrating this business and the impact on revenue in the last quarter of the year, the results show growth in both revenue and earnings.“We were able to deliver growth in activities and earnings in the original VIKING business… 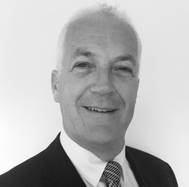 Simon O’Connell takes up the appointment of Senior SOLAS (Safety of Life at Sea) Market Manager at Ocean Safety, focussing on sales to customers in the international maritime and offshore sectors of SOLAS approved safety products. Ocean Safety, specialists in the worldwide supply, distribution, service and hire of marine safety equipment, have created the new key role to reflect the company’s growth in commercial marine for the supply of liferafts, lifejackets and other safety equipment globally. 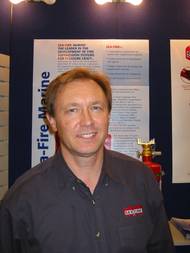 The U.S. Coast Guard and San Francisco Police Department Marine Police rescued 15 Sea Scouts and one adult clinging to the side of a capsized catamaran Saturday afternoon. The Coast Guard was notified Saturday at approximately 3:30 p.m. from a passing ferry vessel that a 30-foot sailing vessel had capsized in the vicinity of Aquatic Beach Park. Coast Guard Station Golden Gate launched a boat crew to assist the Marine Police and arrived on-scene at approximately 3:45 p.m. The crews located 16 boaters in the water, all of whom were wearing lifejackets at the time of the rescue.

Stricken Vessel Being Towed to Lowestoft

Dogged detective work and attention to detail by the UK Coastguard has led to a broken down yacht being rescued. The call came in from the stricken vessel to the Coastguard Operations Centre at Humber at around 8.40pm today (31st July). It had left the Netherlands but had got into difficulty and made a 999 call. ‘When he called again, he was able to tell us he was about 14 nautical miles off Lowestoft which is still a massive area to search. His engine and all the electronics had stopped working, he was under sail but there was no wind and he was just drifting. 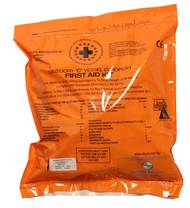 Ocean Safety are reminding vessel operators of the rules set out by the UK Government’s medicine regulator MHRA (Medicines & Healthcare Products Regulatory Agency) for buying the necessary Category C First Aid Kit for all coded boats. Ocean Safety, who are specialists in the worldwide supply, distribution, service and hire of marine safety equipment, have invested heavily in acquiring the correct license to be able to supply the Cat C Kit direct to customers. The first aid kit cannot be sold through unlicensed third parties…

The U.S Coast Guard's Office of Investigations and Casualty Analysis has issued a safety alert seeking to raise awareness regarding federal safety requirements for vessels carrying any paying passengers onboard a vessel on navigable U.S. waters. Picture the following scenario: The sea bass are running and your friend has a friend who can take you and another person fishing for a reasonable fee. He owns a boat that is ideal for fishing. You have a great day on the water, catch plenty of fish, and begin to return at dusk. 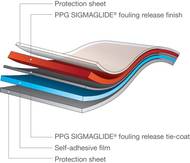 PPG’s protective and marine business has received EU Funding for a project which aims to produce a new fouling protection system for commercial vessels. A project development group including PPG, MACtac, Meyer Werft/ND Coatings, VertiDrive and Hamburg Ship Model Basin HSVA are currently working together to establish an automatic application process for allowing a self-adhesive/fouling release film to be used on commercial seagoing vessels. This process will allow shipowners and…

One of the first three women in Africa to obtain a Marine Pilot open license in 2011, Pinky Zungu has again made history with her appointment as Transnet National Ports Authority’s first black female Deputy Harbor Master – Nautical for the Port of Durban. Having been selected by TNPA as a development candidate in 2001, Zungu is one of a growing number of women who have been promoted into senior positions through their hard work and dedication, who are changing the face of the male dominated maritime industry.

U.K. skipper Alexander Baird, who pleaded guilty to a charge of not operating his ship in a safe manner, has been sent to prison following a hearing April 21 at Mold Crown Court, where he received a custodial sentence totaling nine months. Baird admitted the charge which covered a number of deficiencies found on his fishing vessel, St Amant. Baird was skipper of the vessel between November 2007 and April 2012. During that period St Amant was inspected on nine occasions and a number of problems found.

Further to Class News 33/2014 and 10/2015, SOLAS regulation XI-1/7 adopted by IMO Resolution MSC.380(94) will enter into force on July 1, 2016, requiring the carriage of an appropriate atmosphere testing instrument or instruments for enclosed space entry. These portable testing instruments will not be used as part of personal protective safety equipment, but as part of the ship’s equipment. They will be used to test enclosed spaces from the outside to make sure that they are safe to enter and will cover…

The 175 million GT, ‘A’ rated North P&I Club has joined forces with the Shipowners’ Club to publish a technical loss prevention briefing on how to minimize potentially lethal gas risks arising from poor operation and maintenance of refrigeration systems on fishing vessels. Both North, particularly since its merger with Sunderland Marine in February 2014, and Shipowners’ are leading liability insurers to the global fishing industry. According to Craig McBurnie, underwriting manager at Sunderland Marine… 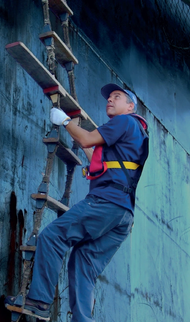 The IMO Convention for Safety of Life at Sea (SOLAS Chapter V, Regulation 23) sets out the principal requirements for the rigging of pilot ladders. There is further detailed technical specification for pilot ladder in IMO Resolution A.1045 (27). Though above Regulation (SOLAS Regulation V/23) is applicable since 1 July 2012, deficiencies with regard to boarding arrangements and unsafe rigging of pilot ladders continue to be detected during port state control inspections, resulting in delays and financial penalties for the ship operator.

An Indonesian flagged general cargo ship has been banned from entering or using any port in Australia for three months. The vessel Noah Satu (IMO9313620) has been issued with a direction not to enter or use any port in Australia for three months after being detained by the Australian Maritime Safety Authority (AMSA) four times since August 2013. The ban will remain in place until December 16, 2015. The most recent detention was on September 14, 2015 at Port Alma, Queensland. Noah Satu is owned by PT Anugerah Samudra Indomakur and operated by PT Adnyana, both based in Indonesia.