Over 300 leading companies said on Tuesday they would work together to help hundreds of thousands of merchant sailors stuck on ships for many months due to COVID-19 in a crisis that risks creating more dangers at sea.About 90% of world trade is transported by sea, and coronavirus restrictions in many jurisdictions are affecting supply chains.In December the U.N. General Assembly urged all countries to designate seafarers and other maritime personnel as key workers. Nevertheless…

The Baltic Exchange's main sea freight index gained on Friday, and notched a weekly rise, on stronger rates across all vessel segments.The Baltic dry index, which tracks rates for capesize, panamax and supramax vessels, rose by 50 points, or 4.3%, at 1,211, its highest since Nov. 30. The index rose 1.2% for the week.The capesize index gained 114 points, or 8.6%, at 1,434, a one-week high.But the index fell 5.7% this week, its worst in about a month.Average daily earnings for capesizes…

The Baltic Exchange's main sea freight index edged up on Friday, helped by rising rates for capesize vessels.The Baltic dry index, which tracks rates for ships ferrying dry bulk commodities and reflects rates for capesize, panamax and supramax vessels, rose 11 points, or about 0.6%, to 1,710.The Baltic capesize index rose 54 points, or 1.8%, to 3,025.Average daily earnings for capesizes, which typically transport cargoes of 170,000 tonnes to 180,000 tonnes, including iron ore and coal, was up by $446 at $25,085.Rising demand for iron ore from China, as the world's second-largest economy gradua

The Baltic Exchange's main sea freight index declined on Friday as lower rates for capesize and supramax segments offset gains in the panamax category.The Baltic index, which tracks rates for capesize, panamax and supramax vessels to ferry dry bulk commodities, dropped 16 points, or 3.7%, to 415.The main index has lost nearly 14.8% this week, its ninth consecutive week of decline.The capesize index fell 47 points to a negative 234, down for the 41st straight session.Average daily earnings for capesizes… 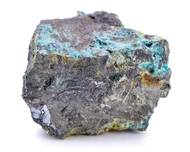 China's iron ore futures extended gains on Friday after touching a record high in the previous session, as concerns persisted over tight supply amid declining shipment from Rio Tinto and expectations of strong demand.Mining giant Rio Tinto on Wednesday night lowered its guidance on volumes of iron ore it expects to ship from the key Pilbara producing region in Australia for the third time since April.It now puts the upper limit as much as 5.7% under its original forecast, giving…

China's iron ore futures extended gains on Friday after touching a record high in the previous session, as concerns persisted over tight supply amid declining shipment from Rio Tinto and expectations of strong demand.Mining giant Rio Tinto on Wednesday lowered its guidance on volumes of iron ore it expects to ship from the key Pilbara producing region in Australia for the third time since April.It now puts the upper limit as much as 5.7% under its original forecast, giving a window…

Wage theft aboard a BlueScope chartered foreign-flagged ship in Port Kembla has been exposed after intervention from the International Transport Workers’ Federation (ITF).Inspections by ITF inspectors in Western Port and Port Kembla of the Panamanian registered vessel KEN EI, in January, led to $38,384 in coastal wages being paid immediately in cash to the 20 Filipino seafarers crewing the ship.“Upon arriving in Western Port, the crew on the KEN EI immediately asked our inspector…

Diana Shipping  announced that, through a separate wholly-owned subsidiary, it has entered into a time charter contract with Berge Bulk Shipping Singapore, for one of its Capesize dry bulk vessels, the m/v Sideris GS, for a period until minimum December 15, 2019 up to maximum March 30, 2020.The global shipping company specializing in the ownership of dry bulk vessels said that the gross charter rate is US$8,500 per day for the first 30 days of the charter period and US$15,350 per day for the balance period of the time charter…

Mining companies must forge new ties with partners from customers to governments as they pursue innovation and compete for talent with technology giants, Rio Tinto's chief executive said in a speech to be delivered on Tuesday.The mining industry has recovered from the deep commodity crash of 2015-16, but faces headwinds from U.S.-China trade tensions, which have dented the copper price, and is struggling to win investor trust.In a copy of a speech to be delivered at a conference in Melbourne on Tuesday…

Netherlands based shipbuilder Damen said it has delivered two of four ASD 3212 tugs to towage and related marine services’ company Smit Lamnalco.Arriving in Oman on July 10, the two new tugs, each with a bollard pull of 80 metric tons, will be directly deployed at a Oman India Fertilizer Company S.A.O.C (OMIFCO) dedicated terminal in the Port of Sur and will be owned and operated by the joint venture Bahwan Lamnalco Company (BLC).In November 2017, Smit Lamnalco announced that it had decided to order four Damen ASD 3212 tugs following an award of two major contracts…

Denmark's A.P. Moller-Maersk has chosen Carolina Dybeck Happe as its new Chief Finance Officer, it said on Wednesday.Happe will take the position at a time where Maersk is undergoing a strategic transformation from a broader conglomerate including an oil business to a more focused shipping company.The 45-year Swede, who comes from a CFO position at the world's biggest lock group Assa Abloy, will start on Jan. 1 2019 at the latest, Maersk said in a statement.The move comes after…

Russian aluminum giant Rusal has stopped placing orders with two logistics firms that ship its exports, executives with the firms said on Tuesday, in a sign of deepening problems for the company after it was hit by U.S. sanctions.Rusal and its major shareholder Oleg Deripaska were included on a U.S. sanctions blacklist this month, leading to anxiety among many of its customers, suppliers and creditors who fear they too could be hit by sanctions through association with the company.A number of traders and customers of Rusal's aluminum have stopped buying the firm's products…

RightShip, the world’s leading maritime risk management and environmental assessment organisation, has appointed its new CEO. Martin Crawford-Brunt will replace outgoing CEO Warwick Norman who announced his decision to step down from the position in 2017. Crawford-Brunt takes up his new post on 12 March 2018 and brings more than 20 years of maritime sector experience to RightShip. For the past decade he has held senior positions around the world, with a track record of successfully building businesses and delivering increased value to ship owners.

Capesize Rates to Climb in a 'Market on Fire'

Freight rates for large dry cargo ships on key Asian routes, which hit three-year highs this week, are likely to rise further on a shortage of ships available for immediate charter, brokers said. Rates for 180,000 deadweight tonne (DWT) capesize ships are set to break $10 a tonne from Australia to China in the next few days, while rates could also surpass $20 a tonne from Brazil to China. "There are more chances of rates breaking $10 than $20 because the Australian market is more active among miners and vessel operators," a Singapore-based capesize broker said on Thursday.

Australian coal rail operator Aurizon Holdings said on Monday it was in talks to buy the Wiggins Island Coal Export Terminal (WICET), which urgently needs to restructure $3 billion in debt. A purchase would mark a change in strategy under new Chief Executive Andrew Harding for Australia's largest rail freight operator, which runs nearly 2,700 kms (1,680 miles) of rail lines transporting millions of tonnes of coal a year. A successful deal would also be a relief for mining giant…

Canada Steamship Lines welcomed M.V. Ferbec, a 49,502 DWT conventional geared bulk carrier equipped with four cranes and grabs, which is now fully operational in the Gulf of Saint Lawrence. The vessel, which previously operated in CSL’s Australian fleet as CSL Melbourne, is the largest vessel of its type in the Canadian domestic shipping market. Upon arrival in Québec City on May 13, 2017, the vessel underwent modifications to adapt to its new operating environment. Ferbec is now operating under Canadian flag in the Havre St-Pierre to Sorel corridor for long time-customer Rio Tinto.

Australia has revised down the value of its resources and energy export earnings in the year to end-June 2017 by 4.6 percent, or nearly A$10 billion ($7.6 billion), due largely to falling prices for iron ore, its most valuable export. The downward revision to A$205 billion mainly reflects an earlier than expected decline in iron ore prices since the previous forecasts were published three months ago, the Department of Industry, Science and Innovation said. Iron ore, Australia's top source of export revenue…

Mongolia's coal export earnings surged nearly fivefold in the first five months of the year, according to official data, with the country taking advantage of sanctions on North Korea to boost deliveries to China, its major customer. Cash-strapped Mongolia was forced to turn to the International Monetary Fund for support this year following a collapse in foreign investment, declining commodity prices and a downturn in coal demand. But it is now reaping the benefits of a ban on exports from North Korea, which has forced China to find alternative coal suppliers.