SCPA Making All the Right Moves

What does it take to become – and Stay – a World Class Port in a Post-Panamax world? The South Carolina Ports Authority thinks it has the answers. In late October, the South Carolina Ports Authority (SCPA) reported year-over-year growth during the first quarter of its 2017 fiscal year. Those numbers; bolstered by loaded container volumes, particularly on the import side, supported SCPA’s growth. Strong volumes on the breakbulk side of the business and record throughput at SCPA’s Inland Port at Greer, SC, provided a solid start to FY2017. And, where some ports – in particular on the U.S.

Terminal Operating Systems: Driving the Future of Optimization with TOS

Terminal operations is a business that faces its fair share of challenges. Economic uncertainty, coupled with the demand to accommodate mega container ships, achieve faster turnaround times and accomplish far more with smaller budgets is weighing on the industry as a whole. Many terminals are also forced to rely on aging or rapidly declining equipment that requires frequent maintenance, as well as more energy expenditures to move cargo on to the next destination. Infrastructure-wise…

Gatekeeper USA, Inc. explains its marketplace and its innovation in container tracking and security. Containers account for 95% of U.S. import-export shipboard cargo. It is estimated there are 200 million shipboard trips annually among seaports around the world. The market is expanding at a rate of 10% annually. Nearly 90% of the world's manufactured goods are moved by containers. Radio Frequency Identification (RFID) is the current standard, but must be placed within 30 meters of a reader device to be effective. 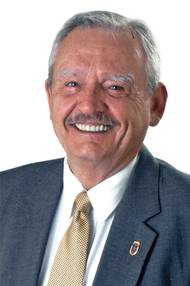 Insights: The Rest of the Story

While some call it a long road to nowhere, the outcome was predicted, and the security of the U.S. with respect to supply chain vulnerabilities is still weak. Here’s where we are now. Scanning 2006 – The U.S. In December, 2007 I wrote an article critical of the federal requirement of 100% scanning required by the SAFE Port Act signed into law in October 2006. I stated then and I state today: with respect to scanning, once a container arrives, it is simply too late. Our ports and nation would be at risk.