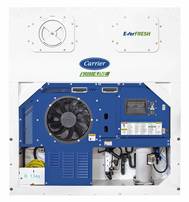 Effective July 1, Mitsubishi Heavy Industries, Ltd. (MHI) will change the corporate name of its turbocharger and engine operations base in North America from Mitsubishi Engine North America, Inc. (MENA) to Mitsubishi Turbocharger and Engine America, Inc. The name change is being made in order to reflect the company's current business portfolio now that its business scale in turbochargers, locally produced by MENA since last year, has expanded rapidly. Going forward, the renamed base will accelerate business expansion not only in the North American market…

The 175 million GT, ‘A’ rated North P&I Club has joined forces with the Shipowners’ Club to publish a technical loss prevention briefing on how to minimize potentially lethal gas risks arising from poor operation and maintenance of refrigeration systems on fishing vessels. Both North, particularly since its merger with Sunderland Marine in February 2014, and Shipowners’ are leading liability insurers to the global fishing industry. According to Craig McBurnie, underwriting manager at Sunderland Marine…

Ship owners are facing a number of regulatory gauntlet in coming years regarding emissions and ballast water treatment systems. But ship owners with EU-flagged vessels who incur unnecessary operating costs need to ensure that their onboard refrigeration units are leak-tight, said WSS’ Svenn Jacobsen, as new EU Regulations on Fluorinated Greenhouse Gases (F-Gas), look to fundamentally change the use of refrigeration gases onshore and at sea, with estimated cost increases at 5-10 times their current level.

With the acquisition of MEMAC, B COOL A/S now offers customers one entry to multiple maritime systems – both refrigeration solutions and monitoring of the engine rooms and other technical plants of the ships. B COOL A/S said it has acquired MEMAC, which specializes in software solutions for monitoring systems that are typically used in the ship’s engine rooms. For the customers this means that B COOL A/S is able to offer sales, service and consulting for refrigeration solutions–as usual – and in addition offering MEMAC solutions to new and existing customers.

MHI sets targets  on enhanced business sophistication and efficiency, stronger support of globalization drive. Effective April 1, 2013, Mitsubishi Heavy Industries, Ltd. (MHI) will implement a complete reorganization of its corporate sector. The move, which is aimed at taking current reforms that integrate all company business operation structures into a system of business divisions one step further, targets enhanced sophistication and efficiency in carrying out corporate affairs.

Although the delegates to the 15th United Nations Climate Change Conference (COP15) Dec. 7 - 18 in Copenhagen failed to agree on a legally binding replacement of the Kyoto Protocol, many opportunities already exist to save energy and reduce carbon emissions through improved energy efficiency in homes, schools, offices and other commercial buildings. "While it's true that the removal of political and economic barriers would provide a significant boost to global energy efficiency…

Wilhelmsen and R-22 Phase Out

Wilhelmsen Ships Service is taking up the initiative to highlight the mandatory requirement for the phase-out of virgin HCFC (hydro chlorofluorocarbon) refrigerants, the most commonly used being R-22.The EU phase-out means that it will be prohibited to top up refrigeration systems on board EU-flagged vessels using virgin HCFCs after 1st January 2010. On EU-flagged vessels it will still be legal to use reclaimed R-22 from an approved company within the EU to top up and service systems until 2015.