The U.S. Maritime Administration (MARAD) informs it has begun certifying cruise vessel security and safety training program providers. As part of the voluntary certification, MARAD will review training plans and supporting information for consistency with training standards established under the Cruise Vessel Security and Safety Act (CVSSA) of 2010, which imposes new security and safety standards on cruise ships. MARAD will issue certifications effective for five years to successful training provider applicants, and will list certified training organizations on its website.

China failed to overturn a U.S. law targeting unfair trade subsidies on Monday, when the World Trade Organization's Appellate Body said it did not have enough information to uphold China's appeal against an earlier WTO ruling. China had claimed that the U.S. "Public Law 112-99", also known as the GTX legislation, which was signed by President Barack Obama in March 2012, broke world trade rules, but a WTO dispute panel ruled against it in March. The Appellate Body disagreed with…

The Coast Guard Authorization Act of 2010 removed the size limit on offshore supply vessels (OSVs). The Act also directed the Coast Guard to issue, as soon as is practicable, a regulation to implement section 617 of the Act and to ensure the safe carriage of oil, hazardous substances, and individuals in addition to the crew on vessels of at least 6,000 gross tonnage as measured under the International Convention on Tonnage Measurement of Ships (6,000 GT ITC). Accordingly, the Coast Guard's rule will address design…

This Day in Navy History: October 6 to 9 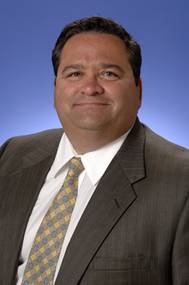 Regulatory burdens, those here and now coming, translate into a tale of many acronyms. By Matthew Valcourt (taken from our September 2011 MarineNews print edition). The latest trend to further regulate vessel emissions and discharges will continue to give vessel owners and operators – already burdened with numerous regulations when plying international and inland waters – more sleepless nights. These include the Act to Prevent Pollution from Ships (APPS), the Clean Water Act (CWA)…

This Day in Coast Guard History – May 10

1800-Congress forbade citizens to own an interest in vessels engaged in the slave trade or to serve on such vessels. 1956-The President signed Public Law 519, which brought all previously uninspected vessels on navigable waters carrying more than six passengers for hire under inspection laws. These were chiefly party-fishing motorboats, excursion sailboats, and ferry barges. Public attention had been focused on the inadequacy of existing inspection laws by the hundreds of lives lost on uninspected vessels.

Vice Adm. David Architzel, Principal Military Deputy Secretary of the Navy for Research, Development and Acquisition, signed the donation contract officially transferring title and ownership of the historic battleship ex-USS Wisconsin (BB 64) to the city of Norfolk, Va. Wisconsin saw extensive action in the Pacific during the waning days of World War II and was decommissioned in 1948. The ship was recommissioned in 1951, returned to the Pacific where it saw heavy action in the Korean conflict and was decommissioned again in 1958.