DIF to Invest in LNG Newbuild

The infrastructure fund manager DIF Capital Partners has signed final documentation alongside ship-owner Geogas Maritime and Access Capital Partners for the acquisition of a 50% stake in a French incorporated company that will own and operate a fleet of five to-be-built LNG carriers.The remaining 50% will be held by Nippon Yusen Kabushiki Kaisha (NYK), a leading Japanese shipping and logistics company.The five 174,000 cbm vessels will be built by leading South Korean shipyards and equipped with state-of-the-art LNG fuelled propulsion technology…

Carnival Corporation’s AIDAnova, operated by its Germany-based AIDA Cruises brand, has become the first LNG fueled cruise to visit Barcelona, Spain - and the first to be fueled with LNG in the Mediterranean.Upon arrival in Europe's biggest cruise port, AIDAnova – the newest vessel from AIDA Cruises, Germany's leader in cruising – was fueled for the first time in the Mediterranean with LNG, the world's cleanest burning fossil fuel.Currently, alongside Palma de Mallorca, Barcelona…

The European Community Shipowners’ Associations (ECSA) organised a workshop on the practical implementation of measures to reduce Greenhouse Gas emissions, attended by representatives of the European Commission, the European Maritime Safety Agency, the Member States, as well as industry stakeholders and environmental organisations.The focus was on the opportunities and challenges of reducing the shipping industry’s carbon footprint. The speakers presented concrete initiatives in alternative propulsion technology… 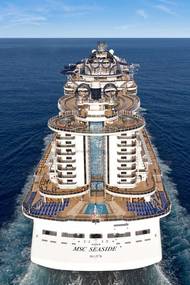 GE’s Marine Solutions has once again been selected by MSC Cruises and Fincantieri to provide the marine electric propulsion technology for two new Seaside EVO ships, further driving the evolution of the Seaside Class next-generation mega cruise ships.This follows the delivery of the first and second ship – MSC Seaside and MSC Seaview – in the Seaside Class by the Fincantieri shipyard of Monfalcone.With a gross tonnage of 169,400 GT and a total guest capacity of 5,632, Seaside EVO ships will be the largest cruise ships ever built by the Fincantieri shipyard.

The port of Hamburg has for the first time introduced two straddle carriers with environmentally friendly hybrid engines.The first two energy saving, low emissions straddle carriers with hybrid engines are being used to transport containers between the ship, the yard, the rail terminal and the truck gate at the HHLA Container Terminal Tollerort (CTT).According to a press release frm the company, the two prototypes are expected to use at least 15 percent less diesel than their predecessors.

WWEA, IWSA to Promote Uptake of Wind Technology in Ships

The World Wind Energy Association (WWEA) has today announced a key strategic partnership with the International Windship Association (IWSA) in order to further promote the uptake of wind technology by the global shipping fleet. WWEA is a not-for-profit organisation with over 600-member organisations across 100 countries. The Association promotes the deployment of wind energy technology around the world, and, as founding member of the REN Alliance and the Global100%RE Platform, is working towards full substitution of all polluting and hazardous waste causing energies.

The Environmental Age: What Will Power Future Ships?

What will power the future shipping fleet? What will the future fuel mix be? These questions are being asked with greater frequency in the wake of the Global 2020 Sulphur Cap ruling agreed at the International Maritime Organization and other tightening regulations around air pollution and emissions from shipping operations. The need to take action is, in turn, driving the development and application of innovative alternative power and propulsion technology for ships. From January 1…

Autonomous ships, smart on-board systems: At the Maritime Future Summit on September 5, industry leaders will discuss the future of shipping. For the first time SMM hosts a conference dedicated to digital shipping. Cyber Ships: What may sound like a word from a science fiction novel to some is a hot topic in the maritime business world today. Low-crew and no-crew concepts are buzzwords in the shipping sector, and some initial trials with unmanned ships are already being undertaken. “Visionary ideas drive the evolution of humanity, and the maritime industry is no exception.

he first ever UK domestic dual-fuelled new build vessels will feature fully integrated Wärtsilä propulsion machinery packages. Wärtsilä will also supply extended engineering and site support services. The two ships, both 102 metre long ro-ro passenger ferries, are being built for Caledonian Maritime Assets Ltd (CMAL) based in Port Glasgow, Scotland. The contracts with Wärtsilä were recorded in December 2015. Besides being the first dual-fuel vessels for CMAL, they are also the first ever dual-fuel ships to be built in the UK. These will be built by Ferguson Marine Engineering Ltd. 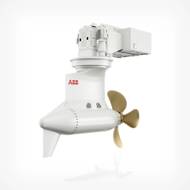 Power and automation technology group ABB has won a European Marine Engineering Award, acknowledging the innovation behind the new Azipod D electric propulsion solution, launched in 2015. The 2016 Award for Auxiliary Machinery category honors auxiliary systems that demonstrate innovative and original development that improves a ship’s operational efficiency or reduces risk to personnel. Introduced in 2015, Azipod D propulsion was brought to market to allow a wider range of vessel…

Dynagas Ltd., GasLog Ltd. and Golar LNG Ltd today jointly announced having entered into an LNG carrier pooling agreement to market their vessels, which are currently operating in the LNG shipping spot market. The LNG Carrier Pool allows the participating owners to optimise the operation of the pool vessels through improved scheduling ability, cost efficiencies and common marketing. The objective of the LNG Carrier Pool is to serve the transportation requirements of a rapidly growing LNG shipping market by providing customers with reliable…

China National Offshore Oil Corporation (CNOOC) has taken delivery of Asia’s first tugboat Hai Yang Shi You 525, designed to operate solely on liquefied natural gas as ship’s fuel. Hai Yang Shi You 525, the first of two tugs built by the Zhenjiang shipyard for CNOOC, features a propulsion package based on twin Rolls-Royce Bergen C26:33L9PG engines and a pair of highly reliable Rolls-Royce US 205 CP azimuth thrusters to ensure the tugs have rapid manoeuvring and strong bollard pull capabilities. A successful sea trial has proven an extra gain for both ship speed and bollard pull.

Norsepower Oy Ltd. and Bore Ltd today carried out successful sea trial of Norsepower’s Rotor Sail Solution, a new wind propulsion technology for ships. The sea trials, verified by NAPA and supported by VTT Technical Research Centre of Finland, confirm fuel savings of 2.6% using a single small Rotor Sail on a route in the North Sea. With these fuel savings, the technology has a payback period of 4 years. Based on the trials, Norsepower and Bore believe that a full system on Estraden with two rotors has the potential to deliver 5% efficiency savings on an ongoing basis. 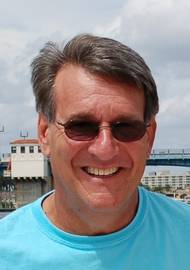 The race is on in global maritime circles to be the “world’s first” in every aspect of environmental friendliness, particularly in regards to the incorporation of LNG as fuel onboard commercial ships. There was yet another “world first” today in South Korea at the Hyundai Heavy Industries shipyard in Ulsan when United Arab Shipping Company (UASC) named the first ever LNG-ready ultra large container vessel  MV Sajir, the first vessel in UASC’s current 17-ship “eco-efficient” newbuilding program, comprising 17 of the world’s most eco-efficient vessels.

GE’s Power Conversion business has received a new order from Kawasaki Heavy Industries, Ltd. for electric power and propulsion systems for two LNG carriers. The LNG carriers will be built for the purpose of transporting LNG from Louisiana, U.S.A. Their construction is scheduled to be completed from 2017 through 2018. According to GE, from the perspective of improved performance, electric propulsion technology is optimal for LNG carriers. GE said its induction-based propulsion…