Thai Exports May Drop 7% This Year

Thailand’s exports may drop by 7% this year, an improvement on the 8-10% drop projected earlier and helped by a gradual recovery in global demand, but a strong baht remains a concern, the Thai shipping association said on Tuesday.“After a positive surprise in September’s shipments, we expect exports to improve further this year,” Ghanyapad Tantipipatpong, chairwoman of the Thai National Shippers’ Council, told a briefing.Exports, a key driver of Thai growth, contracted a less than expected 3.86% in September from a year earlier.The U.S.

At the start of the year, U.S.-China tensions were easing after their Phase I trade deal, while Washington, Brussels and Tokyo agreed on new global trading rules to curb subsidies. A relative calm had set in.Then the new coronavirus struck.Countries across the world imposed 222 exports curbs on medical supplies and medicines and in some cases food, according to Global Trade Alert, a Swiss monitoring group. For medical products, it was more than 20 times the usual level.Those curbs are now being lifted…

Washington has set its terms for a trade deal with China, offering to suspend some tariffs on Chinese goods and cut others in exchange for Beijing's buying more American farm goods, U.S. sources said on Thursday.Beijing has yet to confirm whether it is on board with the proposal, although officials will hold a press briefing Friday night local time to update progress on the talks, the State Council Information Office said. Officials from the state planner, ministry of finance, foreign ministry, agriculture ministry and ministry of commerce will attend.In the hours since U.S.

The White House has reached a "deal in principle" with Beijing to resolve the 17-month U.S.-China trade war, according to a source briefed on the trade talks.The White House was expected to make an announcement later on Thursday, the source said."The written agreement is still being formulated, but they have reached an agreement in principle," the source said. No details were immediately available.In an attempt to secure a "phase one" trade deal, U.S. negotiators offered to cut…

Rex Tillerson, the former U.S. secretary of state and Exxon Mobil Corp chairman who has clashed with President Donald Trump since leaving the administration, said on Wednesday he supports the president's trade objectives "but may not support the tactical moves."Speaking to a group of energy executives in Houston, Tillerson said he was concerned that pursuing bilateral trade talks around the globe could weaken Washington's network of allies, which he called "that very strong alliance…

Brazil's policy of setting minimum freight rates is reducing the volume of cargo at Brazilian ports as farmers and agricultural exporters have difficulty arranging transportation at higher cost, according to the head of a Brazilian ports association.The country instituted minimum rates for freight above the previous market rate as part of a deal to end a truckers' strike over high diesel prices in May. The strike paralyzed the country's roadways, preventing agriculture exports… 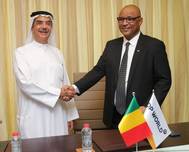 DP World is set to build and operate a logistics hub in Mali under a 20-year concession agreement signed with the West African country's government, the Dubai state-owned company said on Wednesday.Construction of the first phase of the 1,000 hectare (10 square kilometers) hub, to be known as the Mali Logistics Hub, will start next year and take 18 months to complete with an estimated initial investment of $50 million, DP World said in a statement."The Mali Logistics Hub will dramatically improve the cost and time of trade for Mali," said Mali's minister of equipment and transport, Moulaye Ahme

The landslide winner of Mexico's presidential election, Andres Manuel Lopez Obrador, said on Monday that he will aim to keep Mexico in the NAFTA trade pact and seek a frank dialogue and friendly ties with the United States.   The first leftist president elected in Mexico's modern history said in his first post-election interview after Sunday's vote that he will also stick with the pick for finance minister he named during the campaign.   Reporting by Mexico City newsroom

Container shipper Islamic Republic of Iran Shipping Lines (IRISL) Chairman Mohammad Saeidi expects the firm to have recuperated by the middle of next year the business lost while Iran was subject to international sanctions. "Step by step the problems have been resolved, removing many restrictions and limitations," since the sanctions were lifted, he told Reuters in an interview at a shipping conference in Copenhagen. He added that he hoped to see remaining limitations on dollar transactions removed after the U.S.

Indonesian President Joko “Jokowi” Widodo has invited the Netherlands to invest in Indonesian infrastructure projects, particularly those that support Jokowi’s maritime sector development program, reports the Jakarta Post. In the maritime sector, the president lauded the Dutch government for its interest to help Indonesia achieve its maritime axis vision. The vision was realized by developing maritime clusters including fisheries, ship development, infrastructure and marine resources.

US Pulls Sri Lanka out of China Maritime Net

US has begun to wean Sri Lanka away from China’s maritime security net by incorporating Sri Lanka into their Indo-Pacific region maritime security program, says the Times of India. The US State Department said last Tuesday that United States will collaborate with Sri Lanka to act against the attempts of claiming land or maritime regions through intimidation or use of force. This would respond to the intimidation caused by China towards the controversial islands on the South China Sea.