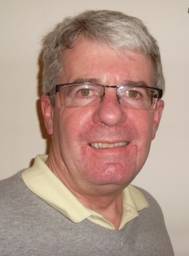 Composite high-speed craft designer and builder CTruk has appointed shipbuilding industry veteran Peter McIntosh OBE to succeed Andy White as chairman. McIntosh, the former executive director of VT Group PLC, holds experience of the marine and defense industries and will steer the innovative company through its next stage of growth, CTruk said. White will remain on the board as an executive director. Managing director Ben Simpson will be working closely with McIntosh on implementing…

Burgess Marine acquire Testbank Ship Repair, making them the country's largest independent in the ship repair business. Burgess Marine, headquartered in Dover and with sites in Poole and Portsmouth’s naval base, has acquired Testbank Ship Repair, with locations at Southampton docks, Portchester, near Portsmouth, and Avonmouth, near Bristol. The deal will see 120 full-time staff work under the Burgess Marine banner from the six sites, with a combined annual turnover of £20m-plus.

The 11th International Naval Engineering Conference (INEC 2012) was held last month by the Institute of Marine Engineering, Science and Technology (IMarEST) in Edinburgh, the city, the First Sea Lord and Chief of Naval Staff, Ministry of Defence described as “the home of the engineer” in his opening keynote address. INEC 2012 was attended by delegates from 17 countries, representing ten navies and civilian supporting organisations of all sizes, saw a 30% increase in the number of European countries participating…

Dragon, the fourth Type 45 anti-air warfare destroyer built by BAE Systems for the Royal Navy, has set sail from the Clyde for the final time this week. Dragon set off from the company’s Scotstoun yard this morning, with a combined BAE Systems and Royal Navy crew, as she embarked on the journey to her new home port of Portsmouth. The vessel will be formally handed over to the Royal Navy at a ceremony on Wednesday 31 August. Despite the early start, around 100 employees came to watch as the ship they have worked on since in December 2005 made its final journey down the Clyde.

Raytheon Systems Limited, Harlow together with Raytheon Anschütz has been awarded the contract for the In-Service Support (ISS) of the Integrated Bridge and Navigation Systems for the Royal Navy’s new Type 45 Daring class destroyers . Raytheon Anschütz will be responsible for total maintenance and repair of these systems on board the vessels until at least 2016. The Type 45 destroyers are being built by the British company BVT Surface Fleet, who also selected Raytheon for In-Service Support.