The North Carolina State Ports Authority set a new record for refrigerated container volume. North Carolina Ports moved 1,459 refrigerated containers – 2,918 20-foot equivalent units (TEU) – through the Port of Wilmington during the month of April.NC Ports said it continues to experience a healthy flow of refrigerated cargoes to global markets despite the recent volatility due to the coronavirus pandemic. FY20 year-to-date (July-April) volumes are up 20 percent over FY19. Annual growth from FY14 to FY19 is up more than 225 percent.

U.S. Customs and Border Protection (CBP) has opened an office on-terminal at the Port of Wilmington, in North Carolina.North Carolina Ports leaders welcomed CBP officials Tuesday to celebrate the opening of the office which will support the agency’s efforts in the security of cargo movements through the Wilmington terminal. Paul J. Cozza, Executive Director, North Carolina Ports, said, “CBP has long played an important role in the safety and security of our facilities. This new…

North Carolina Ports set an all-time high for container moves in calendar year 2018. The Port of Wilmington recorded a year-over-year container volume increase of 23 percent.The accomplishments of 2018 can be contributed, in part, to the organization’s model of best in class gate truck turntimes and high crane productivity rates as well as NC Ports’ investment in terminal improvements in Wilmington.“The Port of Wilmington received two of its three new neo-Panamax cranes during 2018 and the port welcomed its largest container vessels to date.

NC Ports Open for Business in the Choppy Wake of Florence

As first reported in the JULY / AUGUST edition of Maritime Logistics Professional magazine, Gulftainer through its subsidiary GT USA, Wilmington had inked a tentative deal with the State of Delaware which would grant GT USA, Wilmington exclusive rights to operate and develop the Port of Wilmington, on the Delaware River downstream from Philadelphia for the next 50 years. That deal is now official.Privately-owned Gulftainer today operates the Canaveral Cargo Terminal in the Port of Canaveral, Florida.

Gulftainer, the world’s largest privately-owned independent port operator and logistics company based in the United Arab Emirates, finalized a 50-year concession agreement with the state of Delaware to operate and develop the Port of Wilmington, significantly expanding the company’s global footprint and reach.The agreement, signed by Gulftainer’s subsidiary GT USA, will see an expected investment of up to $600 million in the port to upgrade and expand the terminal and to turn…

The U.S. National Hurricane Canter is reporting that Hurricane Florence has made landfall near Wrightsville Beach North Carolina.Widespread flooding is being reported along a wide swath of the North Carolina coastline. The storm, moving west at 6 miles per hour, is now forecasted to stall onshore for several days, dumping as much as 40 inches of rain in some areas. "Catastrophic" flooding is expected over portions of the Carolinas.As forecasters predict a "life threatening" storm surge of 9 to 13 feet, at least 150 people are awaiting rescue in New Bern, N.C.

The North Carolina State Ports Authority continues to closely monitor Hurricane Florence. The Port of Wilmington and the Port of Morehead City are currently at Condition Zulu and closed to all vessel traffic.NC State Ports Authority continues its Hurricane Preparation Plan and is taking all necessary steps to protect cargo, facilities and equipment.NC Ports' terminals in Wilmington and Morehead City are CLOSED to commercial truck traffic Wednesday, September 12, however, tenants have access to both Ports but must complete any storm preparations by 5:00 pm. 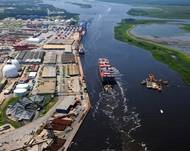 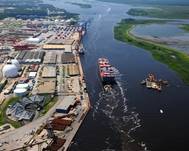 North Carolina Ports reports a boost in container volumes at the Port of Wilmington continues a recent growth trend at the port, where box volumes are currently up 31 percent in fiscal year 2018 and year to date volume in January and February is up 58 percent. “We are seeing unprecedented growth due to two factors: the return of the business that was temporarily effected by the Hanjin bankruptcy and new growth relating to our ability to offer fast and efficient terminal operations,” explained NC Ports Executive Director Paul J. Cozza.

North Carolina Ports has hired Benjamin M. Massa as the new Director of Carrier and Trade Development to further grow and expand container business at the Port of Wilmington. “NC Ports has experienced monumental growth in container business in the last year and Ben’s vital role will allow us to continue that growth today and into the future,” said NC Ports Vice President, Trade Development, Hans Bean. Massa brings decades of expertise in the maritime industry with him to NC Ports. Massa previously served as Commercial Director, AVP Sales and Marketing for United Arab Agencies, Inc. 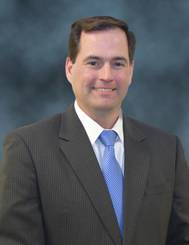 North Carolina Ports has named Brian E. Clark as its new Chief Operating Officer, responsible for directing and coordinating the activities of the line and staff components of all terminal operations. He will also oversee the execution of the infrastructure investment plan and contribute to the development of business strategy and indirectly assist in the expansion of the ports’ global customer base. Clark has over 20 years of expertise in the maritime industry having worked in senior positions on the operations side with industry leaders.