Washington Maritime Blue, the Port of Seattle and WeWork Labs have partnered to launch Washington’s first maritime accelerator to help maritime companies innovate and grow. The accelerator, which is currently accepting applications through November 18, aims to advance three key strategies for Maritime Blue and the Port of Seattle: help maritime companies innovate and grow, establish Washington as a global leader in maritime innovation, and increase the sustainability of maritime…

The six largest West Coast ports — Port of Long Beach, Port of Los Angeles, Port of Oakland, Port of Portland, Port of Seattle and Port of Tacoma — sent a letter to President Donald Trump to pursue fair and mutually beneficial trade agreements.The letter highlighted their concerns that the long-term impacts of the escalating trade conflict between China and the United States will create irredeemable economic harm to employers, workers, residents and international partnerships…

The Northwest Seaport Alliance (NWSA), a marine cargo operating partnership of the ports of Tacoma and Seattle, is now accepting proposals for Terminal 46, a 50-acre deep-water marine terminal.The port authority based in the Puget Sound region of the United States said that the successful proposal will align with and support our goal of growing cargo volumes and creating family-wage jobs in the Puget Sound region, while diversifying the gateway’s overall cargo portfolio.Strategically located on the Seattle waterfront with convenient access to major road and rail infrastructure…

Terminal 46 on Seattle's working waterfrontThe Northwest Seaport Alliance is now accepting proposals for Terminal 46, a 50-acre deep-water marine terminal.Strategically located on the Seattle waterfront with convenient access to major road and rail infrastructure, this property is uniquely suited for water-dependent uses including marine cargo operations, logistics and other maritime-supported activities.The successful proposal will align with and support our goal of growing cargo volumes and creating family-wage jobs in the Puget Sound region…

Orion Group Holdings, Inc. (NYSE: ORN) a leading specialty construction company, has announced a contract award of approximately $160 million.The company’s marine segment has been awarded a contract from the Port of Seattle, Washington, for the construction of The Northwest Seaport Alliance’s Terminal 5 Improvements Project, which aims to modernize the terminal for the loading and unloading of larger container vessels. The company’s scope on the project includes the rehabilitation and strengthening of the existing wharf at Terminal 5…

The Port of Seattle, celebrating 20 years as a homeport, welcomes the 2019 cruise season with the arrival of the first ship—Celebrity Eclipse, at the Bell Street Pier Cruise Terminal at Pier 66.“Over twenty years ago this community turned a novel idea into a nearly $900 million industry and helped the Port become the most environmentally progressive home port in North America,” said Port of Seattle Commission President Stephanie Bowman.“Today that economic opportunity reaches all the way from Eastern Washington farms and ranches that provide food for cruise customers…

The Northwest Seaport Alliance (NWSA ), a marine cargo operating partnership of the ports of Seattle and Tacoma, has welcome the ZIM Ningbo to its North Harbor.Zim Integrated Shipping Services (ZIM) is expanding its presence at the NWSA by joining the 2M trans-Pacific service calling at Terminal 46 in Seattle, it said in a press release.ZIM will have four of its own vessels in the weekly ZP9 service with increased capacity to serve the NWSA gateway. This will be the first regular…

The Port of Seattle joined with a broad range of maritime stakeholders in support of Governor Jay Inslee’s ‘Maritime Blue Strategy’.According to a press note, the Strategy aims to advance the region’s maritime-based, “blue economy” through increased collaboration between its diverse sectors to promote innovation and sustainable practices that support a competitive gateway with a 21st Century workforce.Port of Seattle Commissioner Fred Felleman served as a member of the Maritime Blue Advisory Committee.The Maritime Blue Strategy aims to make Washington State home to a world-class…

SSA Marine’s Terminal 18 surpassed 1 million twenty-foot equivalent units (TEUs) in yearly container volume last week, marking the first time in Washington state history that a single marine terminal handled a million TEUs in a year.Located in the North Harbor of The Northwest Seaport Alliance, the terminal is on track to top 1.1 million TEUs by the end of 2018. “We are proud to announce that Terminal 18 has handled over 1 million TEUs so far this year,” said Courtney Gregoire, Port of Seattle commission president and co-chair of the NWSA. 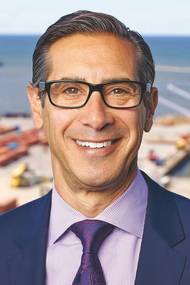 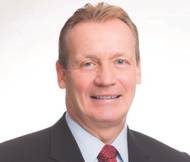 The Northwest Seaport Alliance to purchase four more container cranes, invest additional $2.9 million in Seattle and Tacoma, Wash. Managing members of the Northwest Seaport Alliance have approved a $52 million purchase of four more container cranes to join four others already on order for Husky Terminal in the South Harbor in Tacoma. They also approved an additional $2.9 million in improvements at Seattle’s Terminal 18 in the North Harbor and Tacoma’s West Hylebos Log Yard and Pierce County Terminal in the South Harbor.

The Port of Seattle Commission has launched a public process to find a new Executive Director to lead the organization . The Commissioners are seeking input from the public, customers and employees about the qualities and experience desired in a new leader. An electronic survey is available to provide feedback until June 23. The Port Commission has retained a local executive search firm to conduct a regional search and anticipates hiring a new leader this fall. “The Port of Seattle is one of our region’s greatest public assets…

The Port of Seattle has kicked off its biggest cruise season yet with more than one million revenue passengers on 218 vessels, making Seattle the biggest cruise port on the West Coast. The cruise industry in Seattle is responsible for over $500 million in economic impact to the region, providing more than 4,000 jobs and $18.9 million in state and local taxes, with each homeported vessel generating $2.7 million to the local economy. “A record number of cruise passengers this season means local agriculture and food companies…

Total domestic and international container volumes at the Port of Seattle and Port of Tacoma increased by more than 14 percent for the month of March, and year-to-date volumes were up 10 percent. March international container volumes performed strongly post-Lunar New Year. At 120,018 TEUs (20-foot equivalent units), full imports grew almost 26 percent compared to March 2016. At 99,603 TEUs, full exports were up more than 9 percent in March, making it the strongest month for exports this year.

Port of Seattle CEO Ted Fick tendered his resignation at a public port commission meeting Thursday after more than 2.5 years at the helm. Fick was recently placed on paid administrative leave due to “personnel issues” and the separation was described as “mutual”. “We accept the resignation of Ted Fick, and acknowledge his desire to return to the private sector,” said Commission President Tom Albro. Port of Seattle Chief Operating Officer Dave Soike, a 35-year port veteran, will serve as interim CEO. The port said the public process to find a replacement will begin later this year.

Holland America Line launched three new commuter “ships” Monday, Jan. 9, that will run on the Sound Transit Light Rail System in Seattle. The trains, which are wrapped to resemble Holland America Line’s newest ship, ms Koningsdam, will cruise the tracks through April 2017, when the summer cruise season to Alaska begins from the Port of Seattle. A special ribbon-cutting ceremony was held at the University of Washington Station, with Holland America Line President Orlando Ashford and Honorary “Captain” Miles Lamb…

Bankrupt South Korean shipping company Hanjin will sell its operations of the Port of Seattle’s Terminal 46 to Switzerland-based Mediterranean Shipping COmpany (MSC) subsidiary Terminal Investment Limited (TIL), reports AP. The Seattle Times reports Hanjin will sell its majority stake in the terminal operating companies at the Seattle and Long Beach ports for $78 million. Hanjin Shipping filed for bankruptcy protection at the end of August, worrying local retailers about the fate of their cargo.